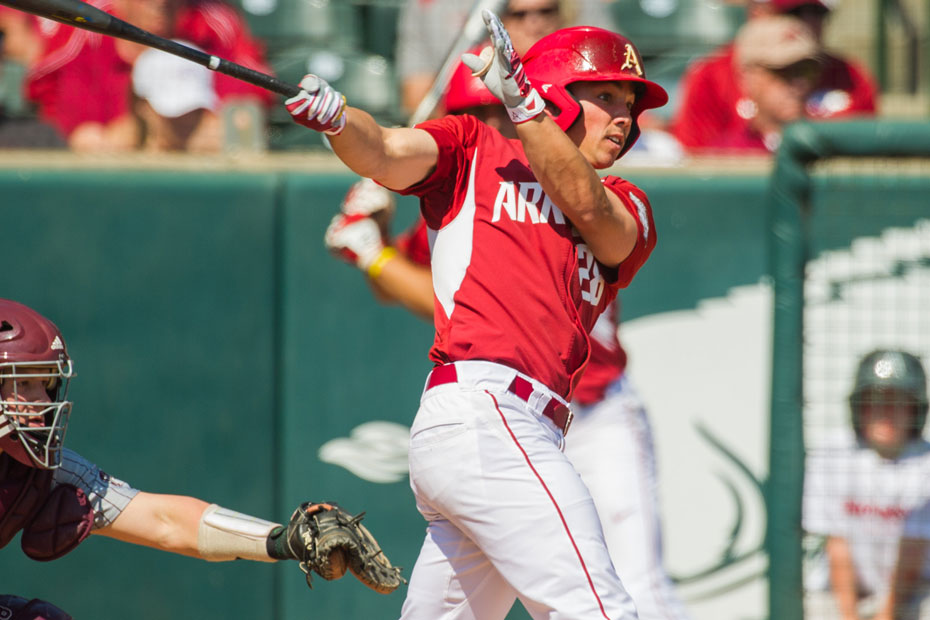 FAYETTEVILLE, Ark. – Arkansas finishes its longest homestand of the season Wednesday when it hosts the University of New Orleans for a single midweek game at Baum Stadium at 6 p.m. The Hogs are winners of five straight coming into Wednesday’s contest, including a three-game sweep of Mississippi State to open Southeastern Conference play.

Arkansas (17-4, 3-0 SEC) has been nearly perfect during the 10-game stretch on its home field, going 9-1 with four wins by five or more runs. In three of its last four midweek games, the Hogs have scored at least 10 runs and have held opponents to three runs or less.

Follow Live
The game will be available on SEC Network+ via the WatchESPN app or WatchESPN.com with Alex Perlman (PXP) and Troy Eklund (Analyst) on the call. Phil Elson (PXP) and Rick Schaeffer (Analyst) will also call the game for the Razorback Sports Network on the radio.

Closing The Homestand On A High Note
Arkansas finishes its 11-game homestand Wednesday when it hosts New Orleans for a single midweek game at Baum Stadium. The homestand has been the longest of the year for Arkansas and it has done everything you would expect from a team playing at home. Over the last 10 games, Arkansas has hit .289 as a team with 15 home runs and the pitchers have a 1.90 ERA with 112 strikeouts. The Razorbacks have gone 9-1 so far during the stretch and have scored five or more runs in six of the 10 games. In its sweep of Mississippi State, Arkansas only hit .256, but three players hit over .300 (Carson Shaddy, Luke Bonfield, Jax Biggers) and five home runs were hit over the three games from four different players.

Homerin’ Hogs
The Razorbacks have been hitting home runs at an unreal pace this year. Currently lead the SEC with 30 home runs this year, the Hogs have nine more home runs than Mississippi State and South Carolina, which are second in the league in long balls. The 30 homers is also the eighth most in the country, trailing first-place Virginia Tech and Wake Forest by just seven. Arkansas is the only team with multiple players with five or more home runs this year. No SEC team has more than one player with five or more home runs. Catcher Grant Koch is second in the SEC with six home runs, while infielder Carson Shaddy and outfielder Dominic Fletcher each have five long balls. Fletcher’s home run total is the most for a Razorback freshman since Zack Cox corked 13 during the 2009 season, setting the Arkansas freshman record.

Chadwick Takes On Closer Role
Prior to the SEC opening weekend, head coach Dave Van Horn said senior Cannon Chadwick earned the right to be Arkansas’ closer. Chadwick didn’t disappoint in his first SEC test, recording back-to-back saves in the first two games of the series, his first two saves of the year. Chadwick struck out two of the three batters he faced in game one to preserve a two-run lead. Then, in game two, he earned the three-inning save, striking out five of the final seven batters he faced. Chadwick currently has a 24:1 strikeout-to-walk ratio, second to Blaine Knight (34:1).