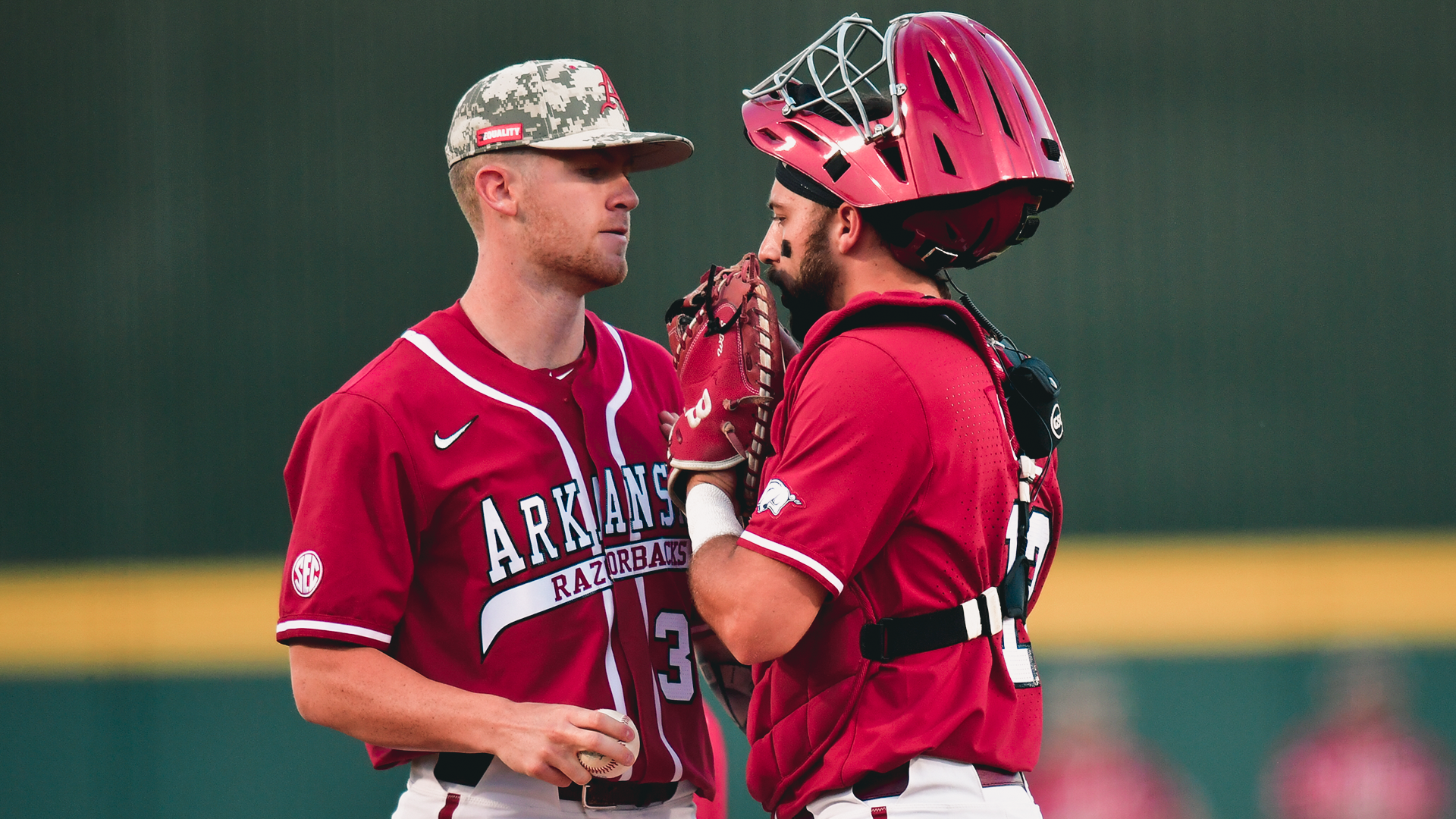 FAYETTEVILLE, Ark. – For once, the Razorbacks looked human.

Two defensive miscues in the top of the fifth undid a two-run lead as No. 1 Arkansas stumbled to a 7-3 loss against Georgia on Saturday night at Baum-Walker Stadium. The Hogs, now 35-9 overall on the year, move to 16-7 in SEC play.

The Bulldogs (28-17, 11-12 SEC) opened the scoring in the top of the first with a solo home run. Razorback starter Peyton Pallette settled down to strike out two in the inning, keeping the deficit at one.

A sacrifice fly by Robert Moore in the bottom of the second tied the game, 1-1, before Matt Goodheart’s RBI double to left center in the third put Arkansas ahead. Brady Slavens’ RBI groundout a few batters later gave the Hogs a two-run lead entering the fourth.

The 3-1 advantage seemed safe with Pallette on the mound. The right-hander struck out eight over his first four innings of work, blowing away hitters with his pitch mix.

Two costly errors on one play in the top of the fifth, however, spoiled Pallette’s night and erased Arkansas’ lead. With a runner on third, an infield single turned into a two-error round tripper as Georgia capitalized on two Razorback misthrows and tied the game at three.

With Pallette out of the game, the Bulldogs took a two-run lead in the top of the seventh on a two-run homer. Arkansas loaded the bases in the bottom half of the inning but could not take advantage. Georgia’s bullpen held the Hogs scoreless for the final 6.1 frames of the night.

Georgia went on to score twice more in the top of the ninth, using six unanswered runs to overcome its early deficit and win the second game of the series, 7-3.

Tomorrow’s rubber game begins at 2 p.m. on SEC Network+. Right-hander Caleb Bolden will start for the Razorbacks, who still have an opportunity to win their eighth consecutive conference series of the season.