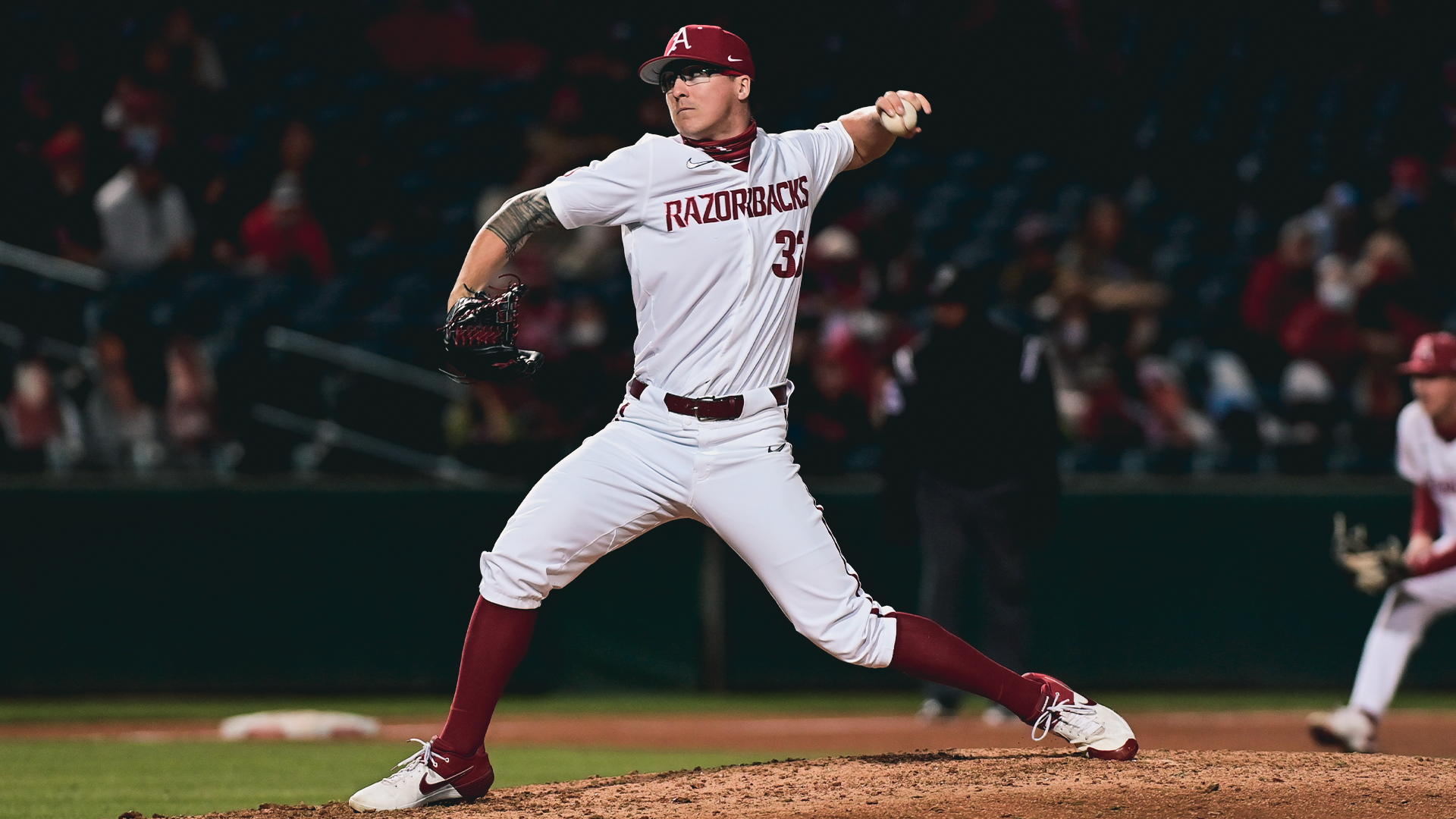 FAYETTEVILLE, Ark. – SEC baseball made its return to Baum-Walker Stadium on Friday night.

The Crimson Tide put the game away after exploding for 10 runs in the second inning, taking advantage of walks to knock out both Hog starter Peyton Pallette and reliever Blake Adams. Lefty Patrick Wicklander entered the game with two outs in second inning and provided much-needed relief for Arkansas’ pitching staff.

The San Jose, Calif., native went 5.1 innings out of the bullpen, striking out six and walking none while allowing one run on three hits. After the second inning, Wicklander held Alabama scoreless until allowing a solo home run in the seventh.

The Crimson Tide went on to pick up five more runs, including four in the eighth and one in the ninth, to extend its lead to 16-1.

Christian Franklin, meanwhile, gave the Razorbacks life offensively, racking up his third multi-hit game of the season. The outfielder reached base four times and collected three hits, including his fourth homer of the year in the second inning.

The series between the Razorbacks and Crimson Tide rolls on tomorrow night. First pitch in the second game is set for 6:30 p.m. on SEC Network+.