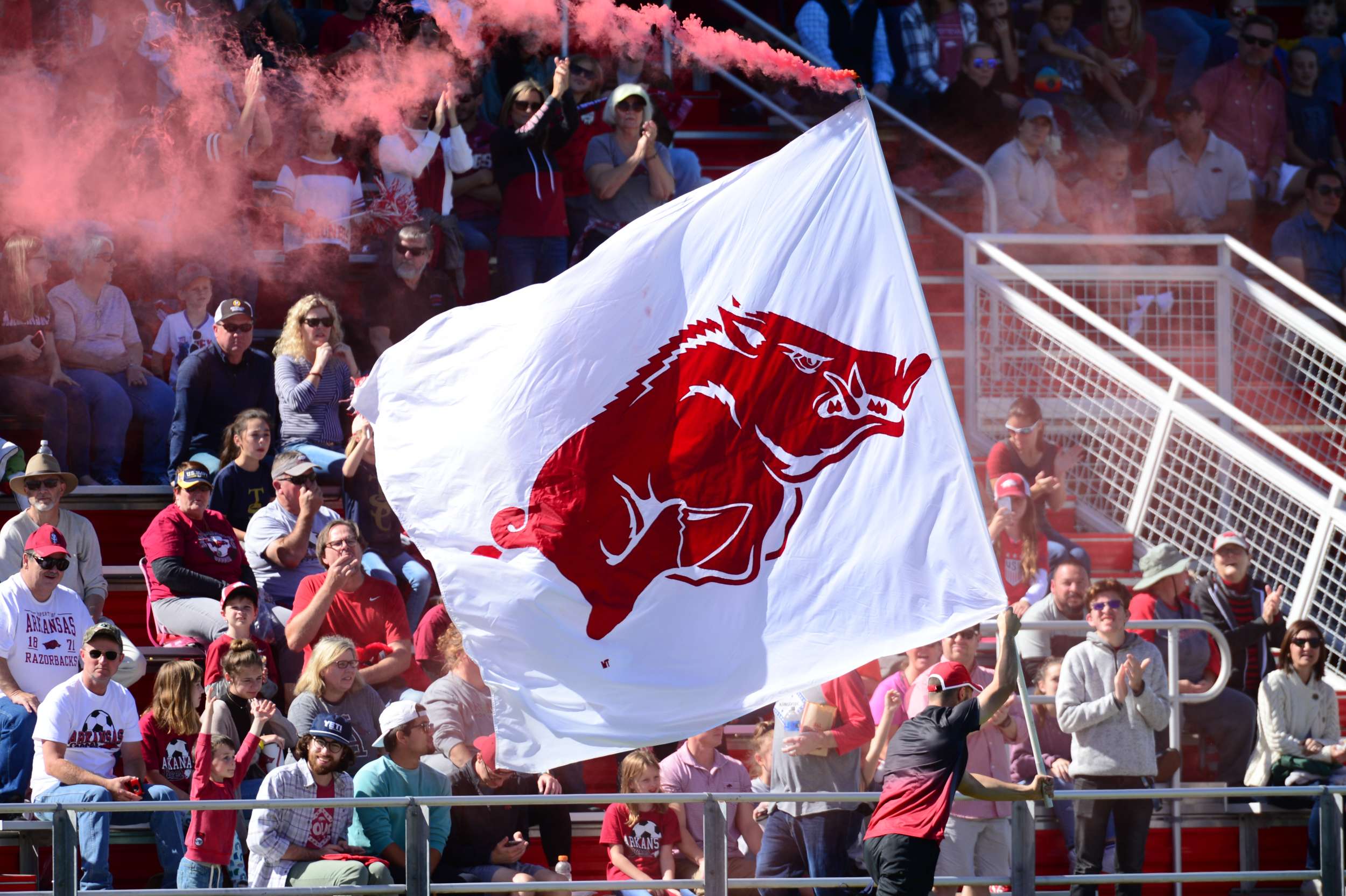 FAYETTEVILLE, Ark. – Arkansas is ranked among the nation’s top 25 programs in the 2019-20 Learfield IMG College Directors’ Cup Final Fall Standings released on Thursday by the National Association of Collegiate Directors of America (NACDA). The Directors’ Cup tracks the nation’s most successful intercollegiate athletics programs for their performances throughout the year.

Led by an NCAA title in women’s cross country, Arkansas is ranked No. 24 after compiling 194 points in the fall season. Arkansas is one of only two SEC programs (Texas A&M) ranked in the top 25 of the final fall standings.

In November, Coach Lance Harter led his top-ranked women’s cross country team to its first NCAA Cross Country title at Terre Haute, Indiana. The Razorbacks won the team title by six points, finishing with 96 after a third-place mark by Katie Izzo at 19:59.3.

Coach Colby Hale and the Razorback soccer team turned in a record-breaking season, including capturing the first SEC overall team championship in program history and advancing to the SEC Soccer Tournament Championship Game for a fourth-consecutive year. Arkansas earned a No. 3 national seed in the NCAA Tournament, marking the fourth-straight season and the sixth time overall the Razorbacks have made the NCAA field. The Razorbacks won their opening match of the NCAA Tournament and finished the season with a record of 17-4-2. Arkansas earned 50 Directors’ Cup points for its soccer success.

In 2018-19, Arkansas earned a No. 23 finish in the Directors’ Cup. A total of 13 Razorback sports scored in last year’s competition resulting in a top 25 finish for the fifth-consecutive year and the 10th time in the past 12 years. Arkansas finished first in the nation in the rankings among schools with 19 or fewer sports. In fact, Arkansas was the only school with 19 or fewer sports to earn a top 25 finish in the final Directors’ Cup standings.

The Directors’ Cup program has been tracking the success of the nation’s top intercollegiate athletics programs since 1993-94.