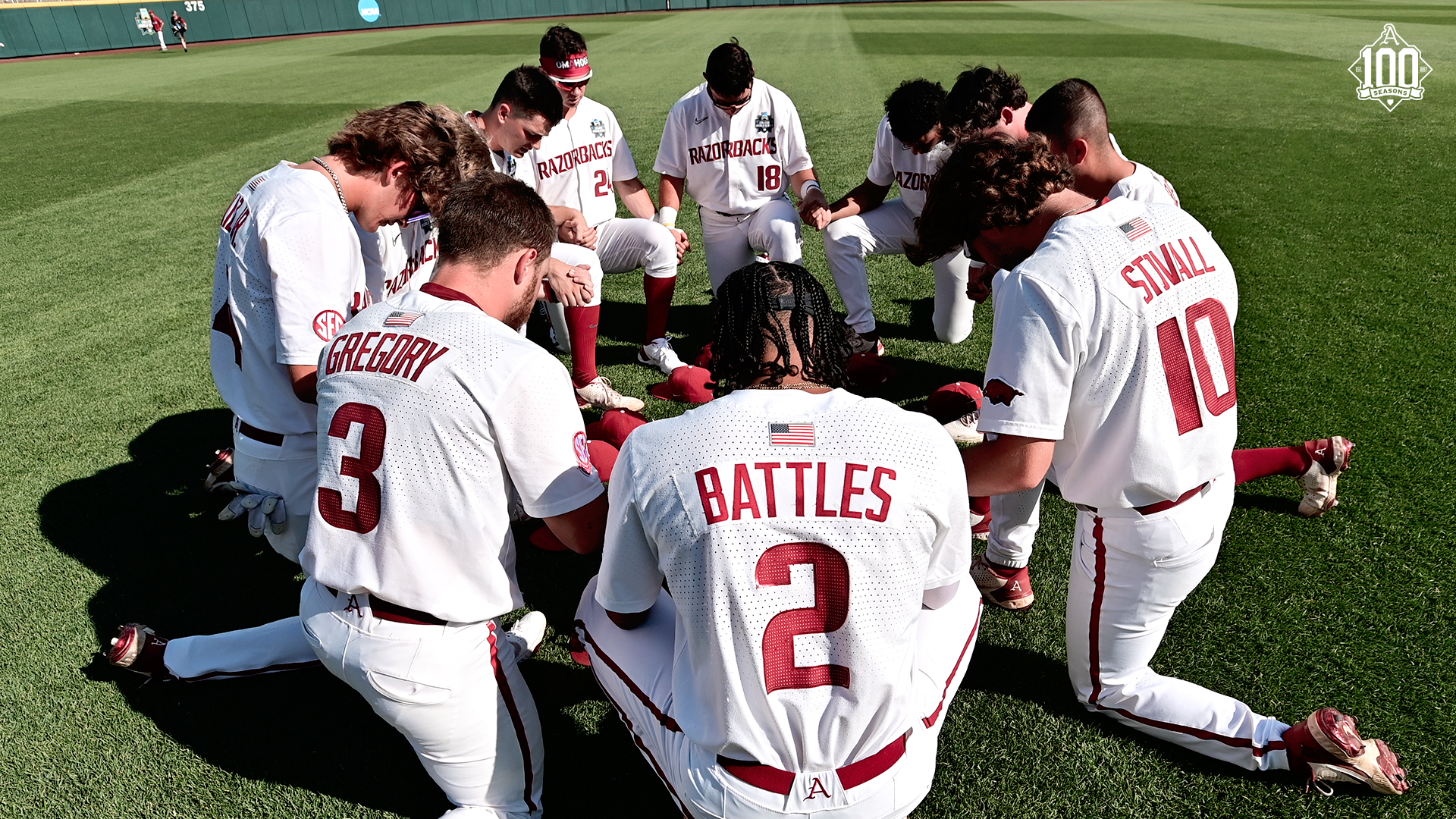 OMAHA, Neb. – Arkansas and Ole Miss slugged it out early on, but the Razorbacks blinked first in a 13-5 loss on Monday night to set up an elimination game with Auburn tomorrow at the College World Series.

The Hogs and Rebels traded runs in the first two innings at Charles Schwab Field with Ole Miss taking a 4-3 lead into the third. A one-out walk issued by reliever Kole Ramage started a string of trouble for the Razorbacks. Garrett Wood singled for Ole Miss before nine-hole hitter Calvin Harris stretched the Rebels’ lead to three runs with a two-run double into the left field corner.

Two more runs came across for Ole Miss in the second, but Arkansas answered with two of their own. Robert Moore reached on an error in front of a Jalen Battles double to set up Peyton Stovall’s RBI groundout to first.

A safety squeeze bunt from Zack Gregory pulled the Hogs within a run, but that was as close as Arkansas would get on Monday night. Ole Miss tacked on four in the fifth and two more in the eighth to take control.

Braydon Webb and Battles led the way offensively with two hits apiece. Stovall added his sixth home run of the season on a two-run shot into the right field bleachers in the ninth.

Arkansas and Auburn will battle tomorrow night in an elimination game at 6 p.m. on ESPN. The Hogs will be the visiting team.