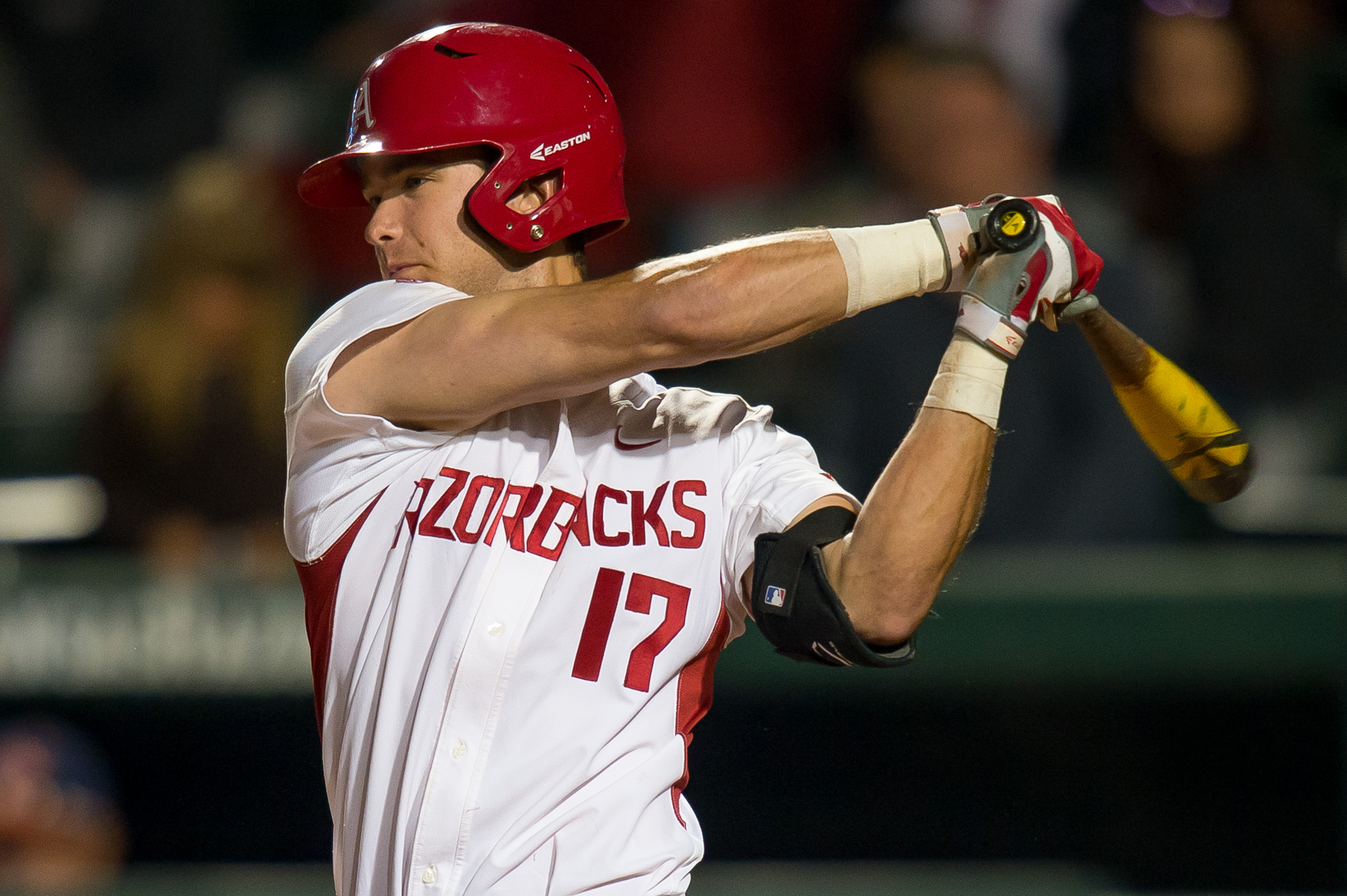 STILLWATER, Okla. – Even after getting an early 3-0 lead in the second inning, the 15th-ranked Razorback baseball team couldn’t hold on to that lead and couldn’t get the big hit when it needed it late against No. 16 Oklahoma State Tuesday night in Stillwater as the Cowboys responded with three runs of their own in the bottom of the second and then scored two late runs, the winning run off a delayed steal of home plate, defeating the Razorbacks, 5-4.

Arkansas (18-7, 3-3 SEC) was going for its fourth win in a row and was coming off a good offensive performance against Auburn last weekend, but left 10 runners on base Tuesday night, five combined in the sixth and seventh innings.

Carson Shaddy and Luke Bonfield both ended up with multi-hit games, but the rest of the team only managed four hits and struck out 10 times. Both Shaddy and Bonfield ended the game 2-for-3 with one RBI.

Oklahoma State (18-7) found itself down 3-0 to the Hogs early, but got a three-run home run in the bottom of the second from Collin Theroux. The score stayed tied for the next four innings before the Cowboys got the go-ahead run on a bases loaded no out double play ball to make it 4-3.

They later added to their lead in the eighth with runners on the corners and two outs. The Cowboys pulled off a double steal with the runner at third getting a late jump and forcing a throw from Arkansas catcher Tucker Pennell to first. The throw back home was not in time, giving Oklahoma State the 5-3 lead.

Arkansas almost mounted a comeback in the ninth inning after Pennell led off with a double down the left field line. Shaddy singled two batters later, bringing Pennell home to make it 5-4, but it was all the Hogs could muster as a strikeout and a groundout ended the game with two runners stranded.

Almost all of the scoring came in the second inning, starting with a three-run top half by the Razorbacks. After Cullen Gassaway led off the frame with a single up the middle, Rick Nomura was able to reach after Oklahoma State’s JR Davis bobbled a ground ball in an attempt to get the double play. Gassaway ended up safe at second on the play, leading in to Bonfield with a great RBI opportunity with nobody out.

Bonfield delivered with the RBI single through the left side, giving the Hogs the early 1-0 lead. It was Bonfield’s fourth RBI in his last four games.

Chad Spanberger executed the perfect sacrifice bunt in the next at-bat, moving both runners into scoring position. Nomura later scored on a wild pitch to make it 2-0. Michael Bernal, then, finished off the scoring with a deep double to straight-away centerfield, scoring Bonfield to make it 3-0 Razorbacks.

The double by Bernal continued a hot batting trend the senior had after last weekend’s series against Auburn. The RBI was his eighth in the last three games and third extra-base hit.

After Arkansas took the early lead, starting pitcher Blaine Knight had trouble putting the Cowboys away in the following half inning allowing a two-out walk after a double leading into the Theroux home run. Knight only threw 2.0 innings Tuesday night, giving up the three runs on four hits, but did not pick up the decision.

The Razorbacks has multiple opportunities to re-take the lead in the sixth in seventh innings. Both times the Hogs had the bases loaded with less than two outs, but each time Arkansas either struck out, which led to an inning ending fly out or hit into a double play

Spanberger had one of those bases loaded opportunities in the sixth inning, but notched one of his three strikeouts on the night, ending the Hog threat. In the seventh, Arkansas got Clark Eagan to reach on a strike three wild pitch, who then got into scoring position on another wild pitch. After Jake Arledge singled to put runners on the corners, Shaddy walked to load the bases.

Gassaway, with already one RBI on the night, couldn’t get the ball into the outfield as he hit into a double play back to the pitcher, ending the inning with the score still tied 3-3.

Arkansas returns to the field on Friday when it starts a three-game series with Missouri at Baum Stadium. Game one is set for a 6:30 p.m. start time. Game two will be at 7:30 p.m., following by Sunday’s final game at 12:30 p.m. Games two and three of the series can be seen on the SEC Network. Game one will be broadcast on SEC Network+.