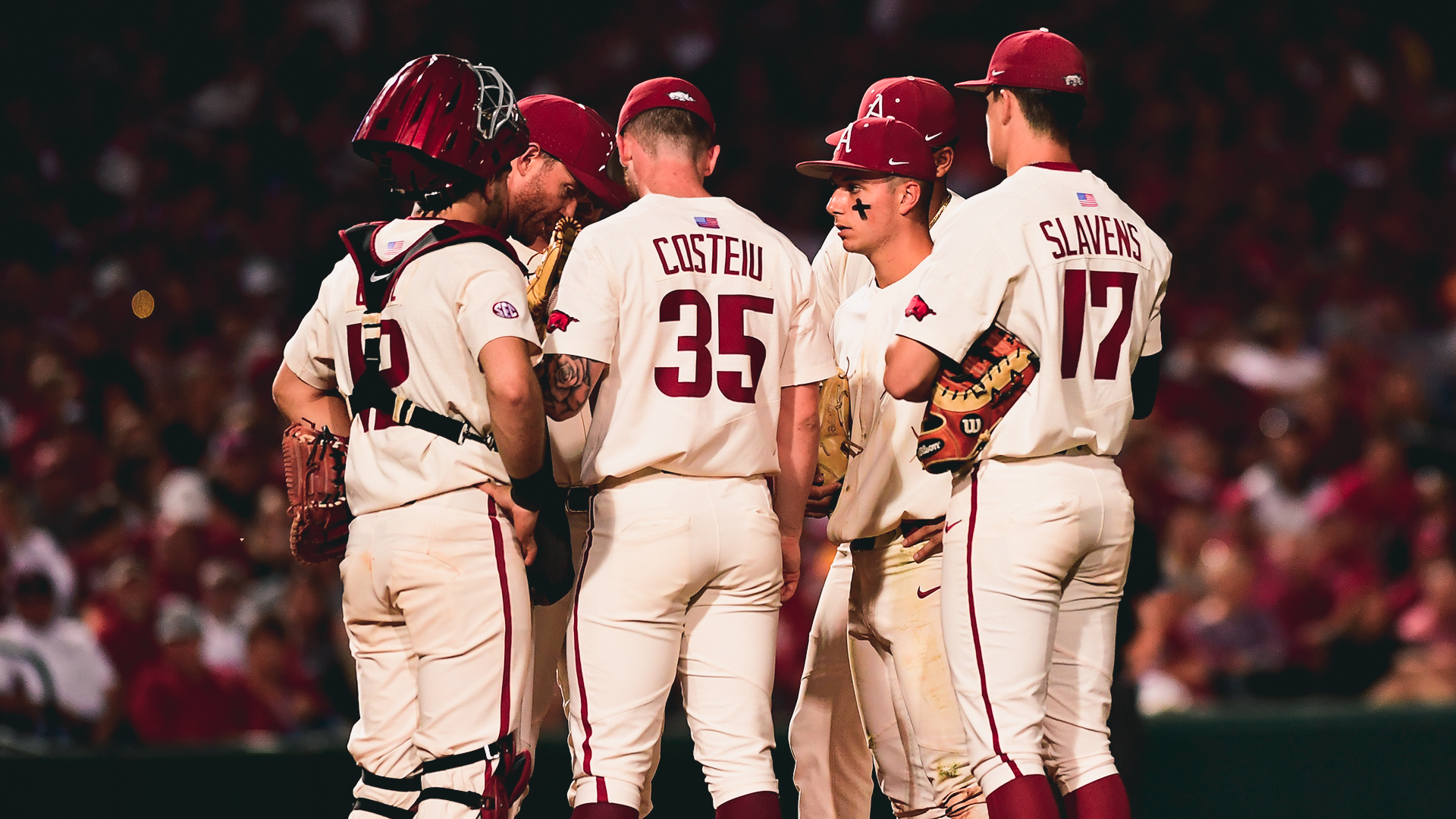 No. 1 Arkansas, plagued by three defensive errors, was taken down by No. 19 Nebraska, 5-3, on Sunday night at Baum-Walker Stadium. The Razorbacks (48-11) and Cornhuskers (34-13) will now play in the winner-take-all NCAA Fayetteville Regional championship game at 6 p.m. Monday, June 7, on ESPN2.

After falling behind by a run in the first, the Razorbacks used two singles, an error and a wild pitch to score three times in the top of the third. The Hogs, however, coughed up that two-run lead as the offense struggled to produce against Husker reliever Spencer Schwellenbach.

All five of Nebraska’s runs came against Arkansas starter Lael Lockhart, who allowed four earned while striking out five in 4 1/3 innings. A throwing error in the bottom of the third led to the first of four unanswered runs, helping the Cornhuskers chip away at the Razorbacks’ lead.

Ryan Costeiu and Connor Noland followed Lockhart out of the bullpen, combining for five strikeouts in 2 2/3 innings of relief work. Noland faced the minimum in two innings, retiring the Nebraska side in order in the bottom of the seventh.

The winner of tomorrow night’s contest will earn a berth to the NCAA Super Regionals and play NC State in a best-of-three series.