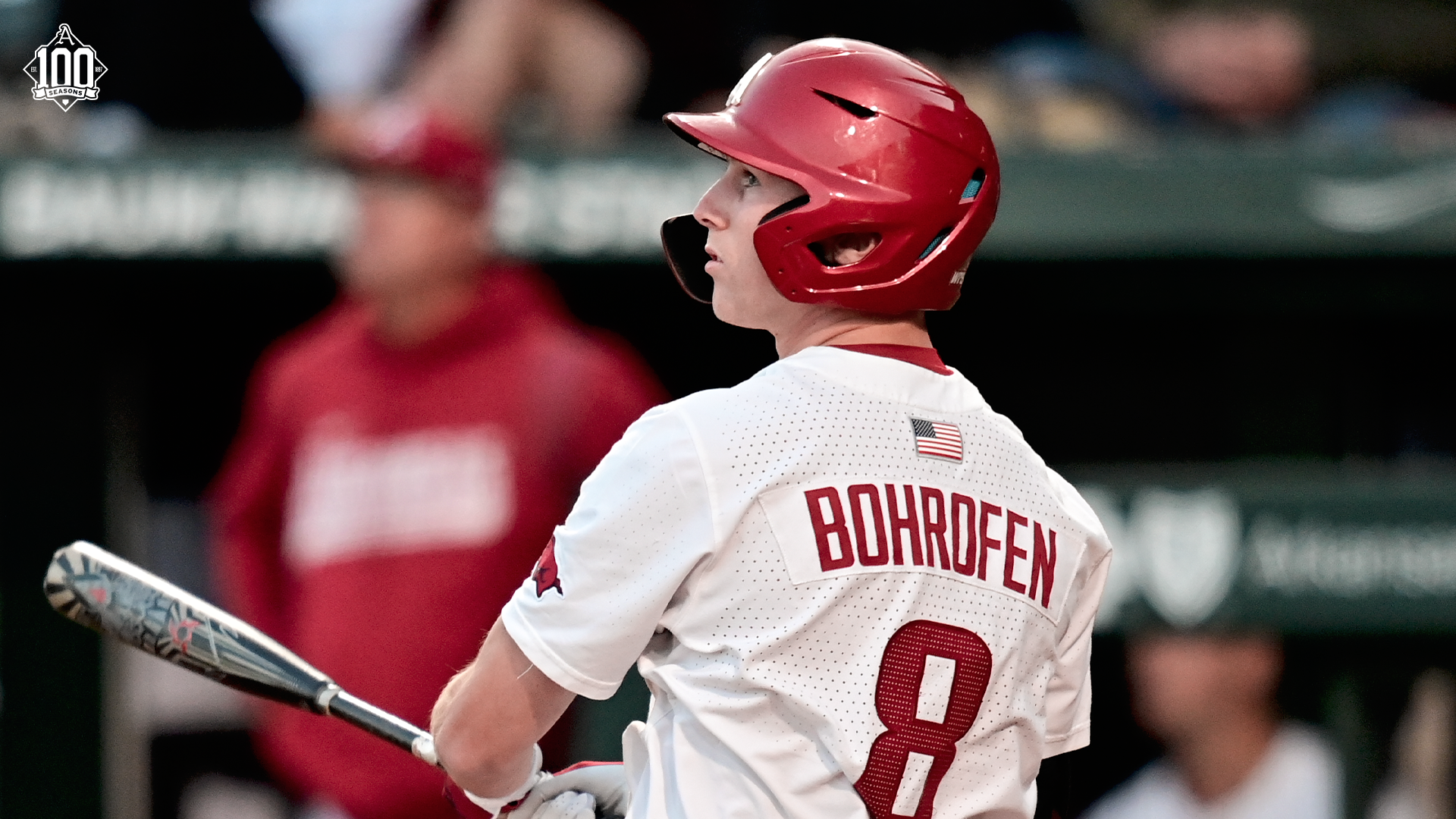 Hogs’ Late Rally Not Enough in Midweek Loss to Bears

FAYETTEVILLE, Ark. – The Razorbacks’ midweek winning streak has come to an end.

No. 4 Arkansas (34-11) mounted a late rally with three runs in the bottom of the ninth but fell short, 6-4, to Missouri State (22-19) on Tuesday night at Baum-Walker Stadium. The Hogs, attempting to go undefeated in midweek contests for the first time since 2005, had won 18 in a row, including 10 straight this year, before Tuesday night’s setback.

Missouri State took an early lead in the top of the third, powered by Spencer Nivens’ two-run homer off Arkansas starter Will McEntire. The Razorback right-hander went three innings, allowing a pair of runs on a hit and three walks while striking out four.

Arkansas answered with a run in the bottom half of the third on Dylan Leach’s fourth homer of the year. Leach’s solo shot cut the deficit to one, but that was as close as the Hogs would get all night.

Nivens collected another RBI in the fifth to extend the Bears’ lead back to two. After a couple of scoreless frames, Missouri State broke out for three runs in the top of the ninth and opened a five-run lead.

Arkansas was far from finished, however. Down to their final out in the bottom of the ninth, Robert Moore’s single brought home Kendall Diggs from second to make it a four-run game.

After Zack Gregory and Jace Bohrofen reached on a hit-by-pitch and throwing error, respectively, Jalen Battles stepped up to the plate with the bases loaded and delivered the hit Arkansas had been waiting for all night. The Razorback shortstop lined a single to left field, scoring Gregory and Bohrofen to cut the deficit to two.

Leach represented the winning run as he came to bat, but the rally would not proceed. He grounded out with the tying runs on second and third to seal the Hogs’ 6-4 defeat in their final midweek game of the year.

Arkansas will now turn its attention to this weekend’s SEC series at No. 19 Auburn. Action between the Hogs, who own a two-game lead in the SEC West, and Tigers gets going at 7 p.m. Friday, May 6, on SEC Network+.