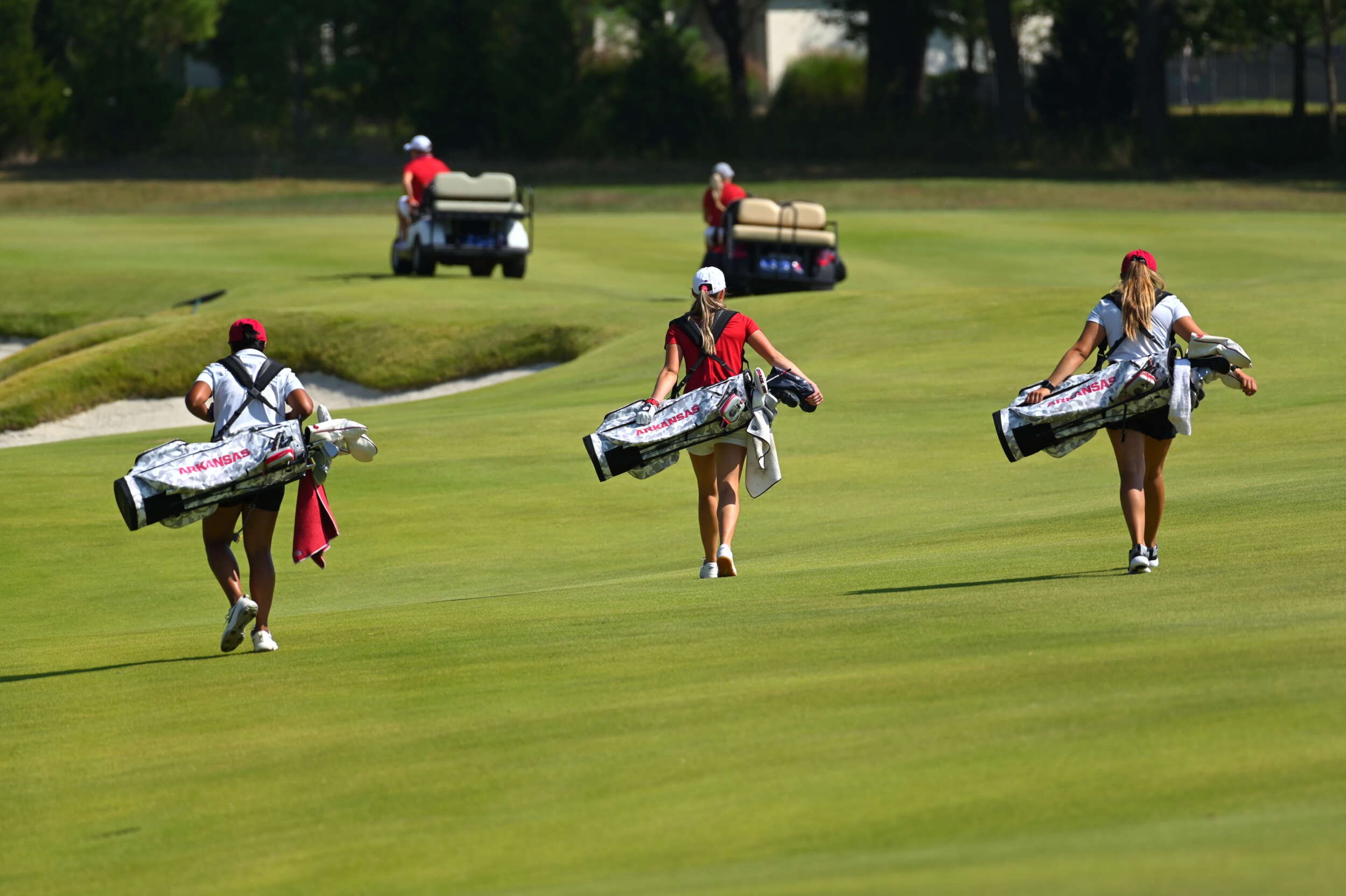 LOUISVILLE, Ky. – No. 17 Arkansas Women’s Golf had its season ended in heartbreaking fashion on Wednesday afternoon, as the Hogs fell in a one-hole playoff to No. 1 South Carolina at the NCAA Louisville Regional. The Gamecocks got birdies from four of their five players, while Pauline Roussin-Bouchard, the SEC Player of the Year and No. 1 ranked golfer in the country, eagled the hole to end the Razorbacks’ 2020-21 season. Brooke Matthews matched Roussin-Bouchard’s eagle, and Julia Gregg birdied in the playoff, but Kajal Mistry, Cory Lopez and Ela Anacona all shot par on hole number nine, where the playoff was played.

“This one stings a lot as our team has worked hard and persevered all year long,” Head Coach Shauna Taylor said.  “At SECs, we were on the right side of one shot and this week, we fell one short. I’m proud of our team but also know they learned a lot this week. We are a young team that will take the good from this and use it as fuel for next year. Our goal is to always compete for a National Championship and as their coach, my heart breaks for this amazing group of young women. We will return stronger and better starting in August.”

Florida State (+8) won the regional, besting the two second place teams, UCLA (+11) and Texas (+11), by three strokes. Auburn (+14) and Michigan State (+14) also advanced to the NCAA Championship. Emma Spitz of UCLA won the individual medal, running away from the field on day three, shooting a 68 after her second round 67 to finish the event at eight-under. Mikayla Bardwell of Tennessee, who shot a tournament-low 66 in round three, and Amelia Williamson of Florida State, tied for second at three-under.

Mistry tallied a top 15 finish at her first NCAA Regional, tying for 12th after carding a 217 (+1). Mistry was huge down the stretch for Taylor’s Hogs during the event’s final round, going one-under over her final nine holes, including a clutch par on 18 to force the playoff. Her 12th place finish was the best finish for her this season, and the second best of her career so far.

Despite firing a 78 on day three, Lopez (+4) played like a veteran at the NCAA Louisville Regional, nabbing a share of 24th place. It marked the second top-25 finish of her young career so far.

Anacona finished just behind Lopez, firing a 75 over her final 18 holes, putting her event score at 221 (+5). That was good enough to give her a share of 27th place. Anacona was also big coming down the stretch – after bogeying 14, Anacona played all pars, helping keep Arkansas’ playoff hopes alive.

Matthews, meanwhile, carded a 76 in round three, and she finished the tournament at nine-over (225). Despite playing five bogeys over her final nine holes, the Rogers, Ark., product showed her resolve, eagling the playoff hole to match Roussin-Bouchard.

Like Matthews, Julia Gregg was clutch in the playoff, firing a birdie. She played a 74 during the final round, good enough for a 227 (+11). She finished tied for 57th place.