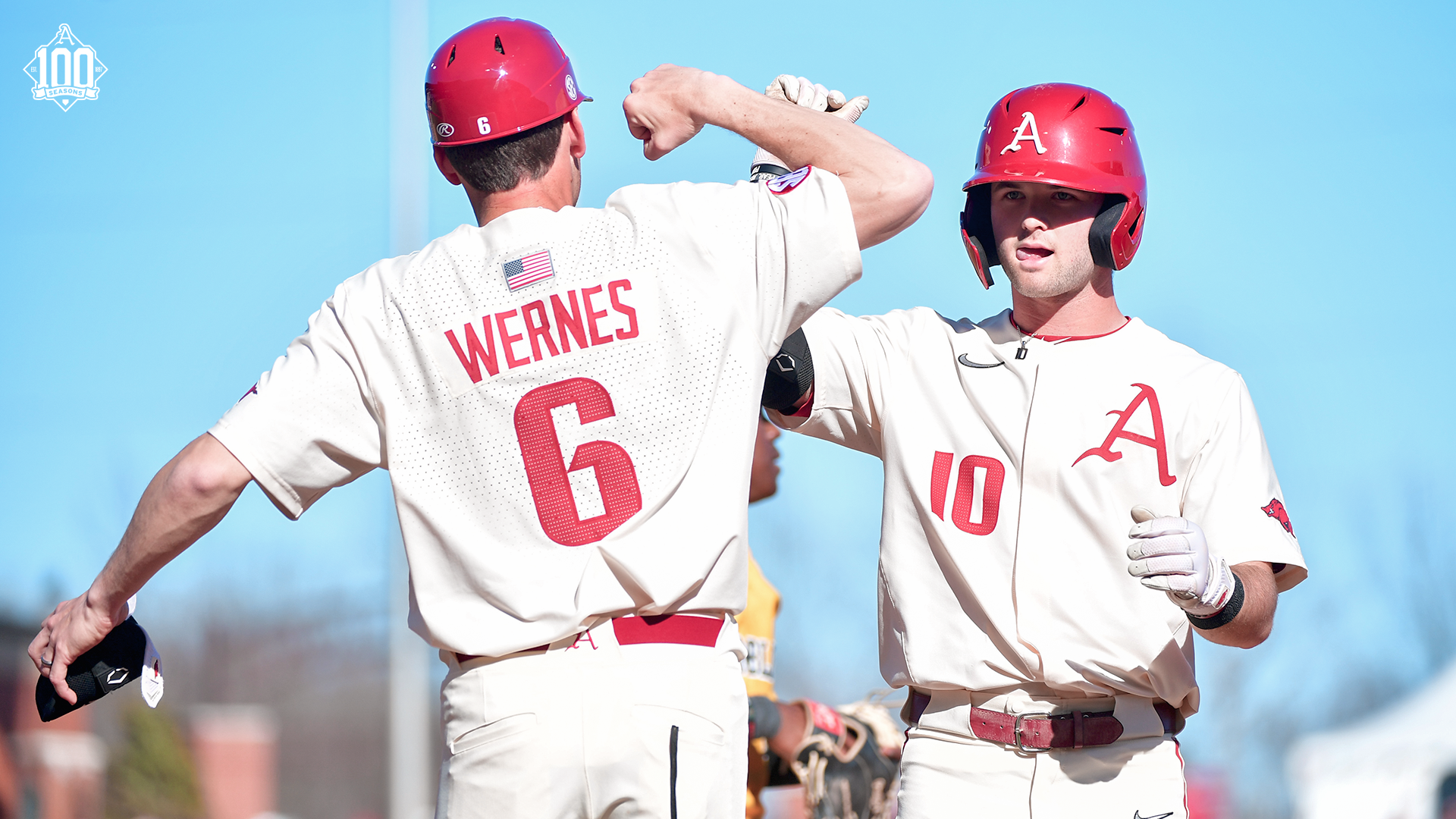 FAYETTEVILLE, Ark. – No. 3 Arkansas run-ruled Grambling for the second time in as many days to extend its season-long winning streak to eight games.

The Razorbacks (13-3) scored runs in all but one frame, powering past the Tigers (5-12), 13-3, in eight innings on Wednesday at Baum-Walker Stadium. Chris Lanzilli and Brady Slavens each collected multiple hits and RBI as the Arkansas offense totaled double-digit runs for the fourth consecutive game.

Arkansas scored early and often, putting up three runs in the bottom of the first and tacking on three more across the second and third innings. After going scoreless in the fourth, the Razorbacks came back with seven runs over the final four innings before walking it off on a passed ball in the bottom of the eighth.

Offensively, Peyton Stovall collected his second three-hit effort in as many days to raise his batting average to .339 for the season. All nine Razorback starters reached base as Arkansas sprayed 14 hits and drew a season-high 11 walks as well as two hit-by-pitches.

Lanzilli’s three-RBI afternoon was powered by his season-high three hits, while Slavens drove in three on two hits, including his third double of the season.

The Razorbacks now turn their attention to SEC play as Arkansas opens conference action at home against Kentucky (14-4) this weekend. The three-game set against the SEC East foe begins at 6:30 p.m. Friday, March 18, on SEC Network+.