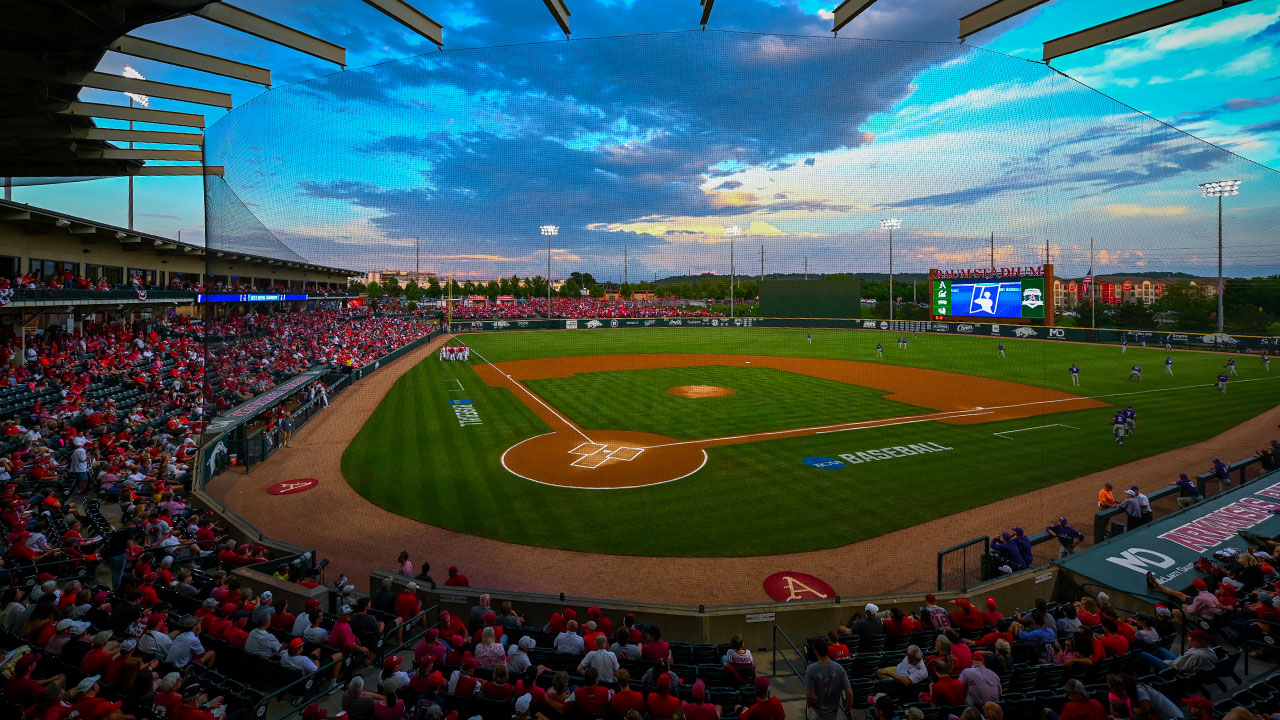 FAYETTEVILLE, Ark. – The Arkansas baseball team will play its first of two fall exhibitions when it takes on the Oklahoma Sooners tomorrow at Baum-Walker Stadium. First pitch is set for 7:30 p.m. and both teams are expected to compete for 14 innings throughout the night.

Admission to tomorrow’s game will be free and seating throughout the stadium will be first-come, first-serve. Parking will also be free. Gates will open at 6:30 p.m. and fans are welcome to utilize the Hog Pen as well.

Arkansas is coming off, yet, another trip to the College World Series, its 10th in school history and sixth under head coach Dave Van Horn. It was also the first time in school history that the Razorbacks reached the CWS in back-to-back years.

Van Horn enters his 18th season at the helm of the baseball team and heads into the 2020 season with the most CWS appearances than any active head coach in the country.

This year’s team returns 21 letterwinners from a year ago, including top hitters, Heston Kjerstad and Casey Martin. Kjerstad is one of the top returning hitters from the 2019 team, hitting .327 with 17 home runs and 51 RBIs. Martin hit 15 home runs of his own and drove in 57 RBIs, good for second most on the team. Over the last two years, Kjerstad and Martin have combined for 59 home runs and each are just outside the career top-10 for home runs in Arkansas history.

Arkansas finished 2019 with 46 wins, its third-straight season with 45 or more, and hosted its eighth NCAA Regional and fourth Super Regional in school history at Baum-Walker Stadium.

A member of the Big 12 conference, Oklahoma has faced Arkansas on 25 previous occasions, but not since 2012 in a midweek contest. Arkansas is 14-11 all time against the Sooners and have faced them three of the last six times in the NCAA Tournament. OU is coached by Skip Johnson, who will begin his third season with the Sooners in 2020.