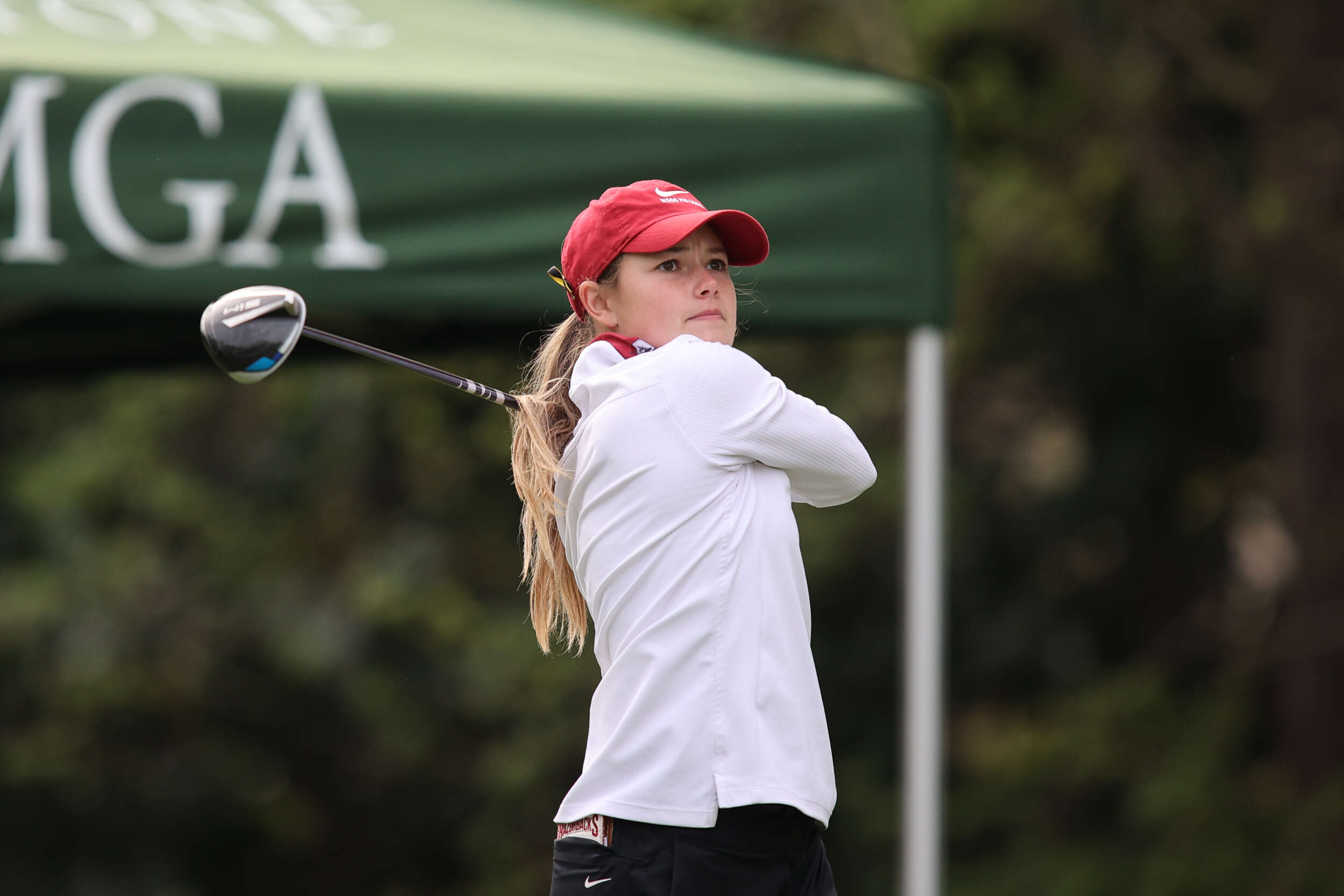 BIRMINGHAM, Ala. – No. 13 Arkansas Women’s Golf stayed above the cut line on day two at the SEC Championship, as Head Coach Shauna Taylor’s Hogs shot a 283 (-5) as a team, good enough to keep them at sixth place headed into the final round of stroke play. The Razorbacks are 14-under for the event, 14 strokes behind LSU (-28), who leads the event after going 12-under on day two. South Carolina (-23), Auburn (-19), Ole Miss (-17) and Mississippi State (-15) are also in front of the Hogs after 36 holes of play.

Redshirt junior Brooke Matthews is still leading the Hogs after two rounds, and is still very much in contention for the individual medal, as she is seven-under through 36 holes at the Championship. Matthews played her second straight round under par on Thursday, notching a one-under 71, courtesy of three birdies and two bogeys. Matthews’ 36-hole 137 (-7) is good enough for a share of sixth place, and the Rogers, Ark. product is only three shots behind Pauline Roussin-Bouchard of South Carolina, who leads the Championship at 10-under.

Both Ela Anacona and Cory Lopez gave the Hogs a boost today, as both underclassman shot their second rounds under par. Anacona had the round of the day for Taylor’s Hogs, firing a 69 (-3). The sophomore, who is playing in her first collegiate postseason event, tallied four birdies to just one bogey on the day. It was her second round under 70 this season. Lopez, meanwhile, fired her second round of the tournament under par, complementing her first round 71 (-1) with a second round 70 (-2). The freshman is showing up when it matters most, as this is the first event in her career with multiple rounds under par. Anacona and Lopez are both tied for 22nd (-3) headed into the final day of stroke play.

Kajal Mistry is also still under par at the SEC Championship, as her one-over 73 in round two has her one-under for the event. She tied for the team lead in birdies, with four, but those were offset by five bogeys. The sophomore is tied for 34th heading into round three.