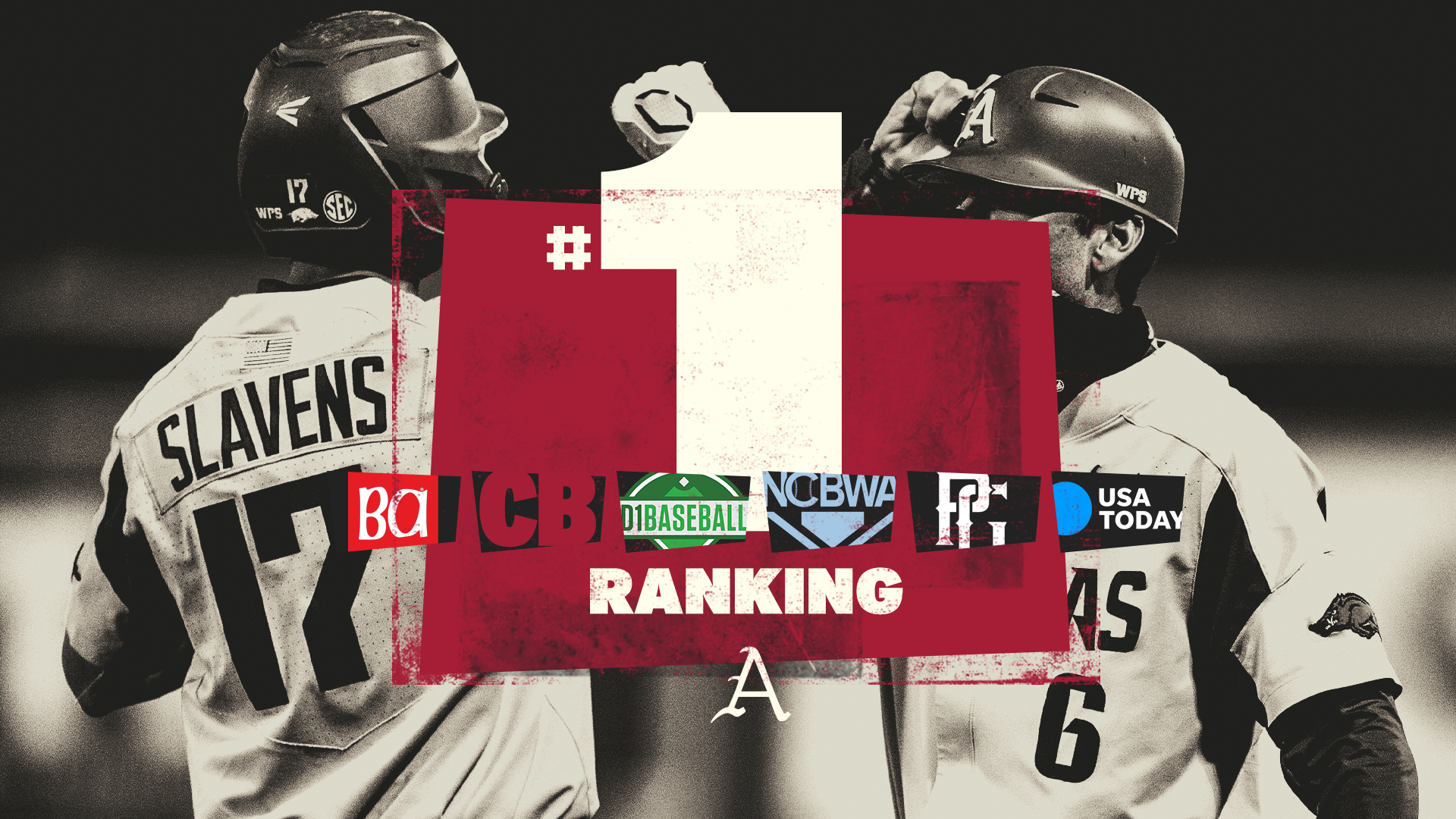 Hogs Stay at No. 1 for 10th Consecutive Week

FAYETTEVILLE, Ark. – And still the unanimous No. 1 team.

Arkansas kept its title as the undisputed top squad in college baseball for Week 12 of the season, leading all six major polls released Monday. Baseball America, Collegiate Baseball Newspaper, D1Baseball, NCBWA, Perfect Game and USA Today each put the Razorbacks atop their respective rankings for the fourth straight week.

It is the sixth time this season that Arkansas is the unanimous No. 1 team as well as the 10th consecutive week that the Hogs maintain the top spot in at least one of the six polls.

Arkansas, 34-8 overall on the year, is in sole possession of first place in the SEC West with a 15-6 mark in conference play, leading second-place Mississippi State by one game. The Hogs, who picked up their first series win against LSU in Baton Rouge since 2004 over the weekend, are the only team in the SEC that has not lost a series this season. The Razorbacks have won a program-record seven consecutive conference series.

The Hogs get back to work this weekend in the friendly confines of Baum-Walker Stadium, hosting Georgia for a three-game set. The action begins at 6:30 p.m. Friday, May 7, on SEC Network+.