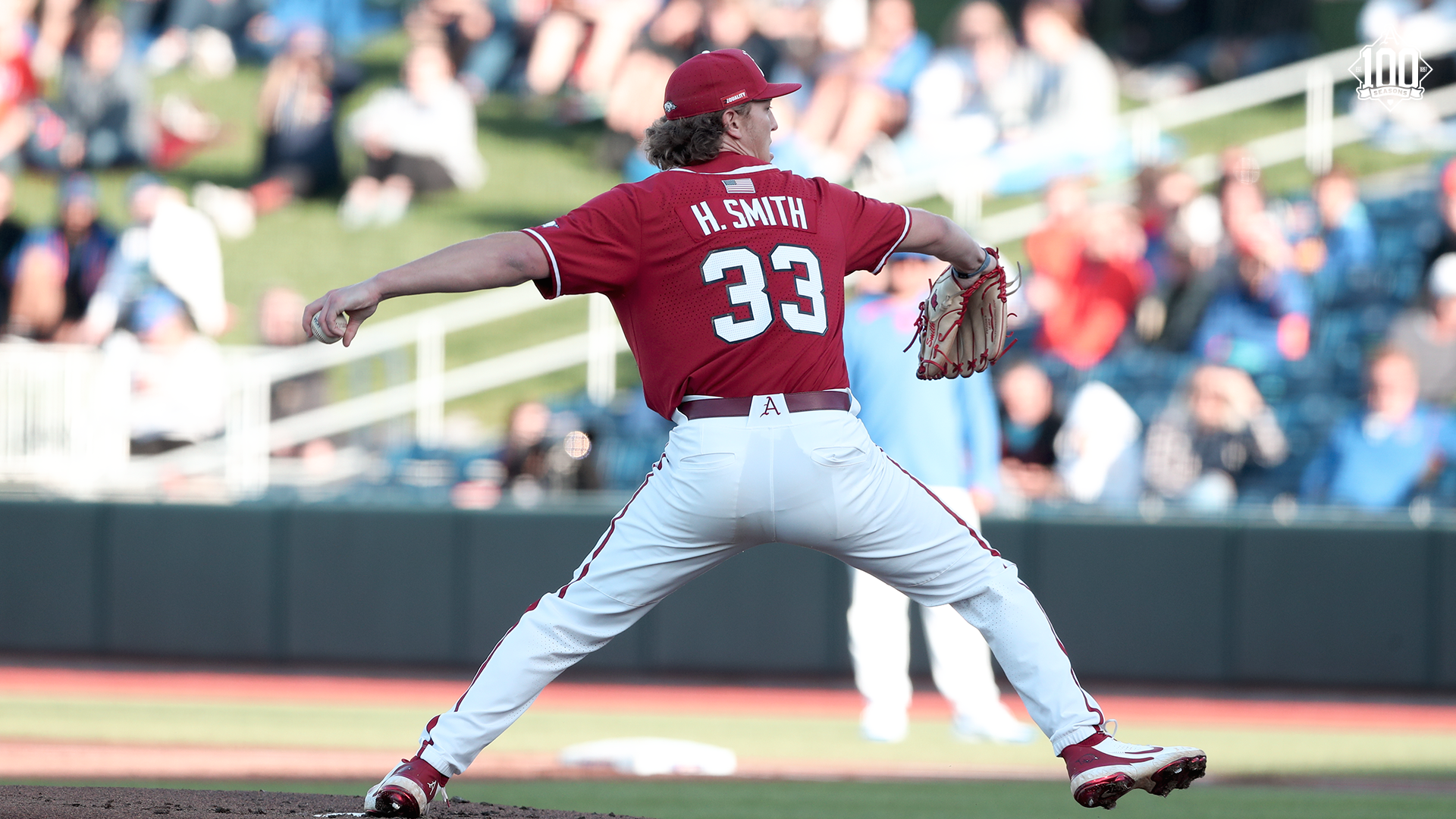 GAINESVILLE, Fla. – The Razorbacks’ bid for another SEC series win will have to wait until tomorrow.

No. 2 Arkansas (23-6, 8-3 SEC) was taken down by Florida (20-11, 4-7 SEC), 7-2, on Friday night at Florida Ballpark. The Hogs will have a second opportunity to clinch their SEC-leading 14th consecutive series win as well as their seventh consecutive away series win in tomorrow’s rubber game.

The Gators scored early and often on Friday, taking advantage of a rare defensive miscue by the Razorbacks in the bottom of the second. Florida tagged Arkansas starter Hagen Smith for five runs over the first three innings of play to take control of the game.

Arkansas made noise offensively in the top of the fifth, scoring a run on Peyton Stovall’s single to cut its deficit to four. Florida, however, answered with two more runs in the bottom half of the inning, extinguishing the Hogs’ momentum.

Stovall was one of three Razorbacks with multiple hits on the night. Brady Slavens led the way with three base knocks, including his second triple of the year, while Cayden Wallace collected his 10th multi-hit effort of the season with a pair of singles.

Kole Ramage impressed in relief of Smith, who departed the ballgame after 4 1/3 innings and was charged with seven runs (six earned) on seven hits and two walks. The veteran fanned three in his three-inning outing.

First pitch in tomorrow’s series finale between Arkansas and Florida is noon CT on SEC Network+. Hard-throwing right-hander Jaxon Wiggins will start for the Hogs, who are seeking their first series win in Gainesville since 2012.