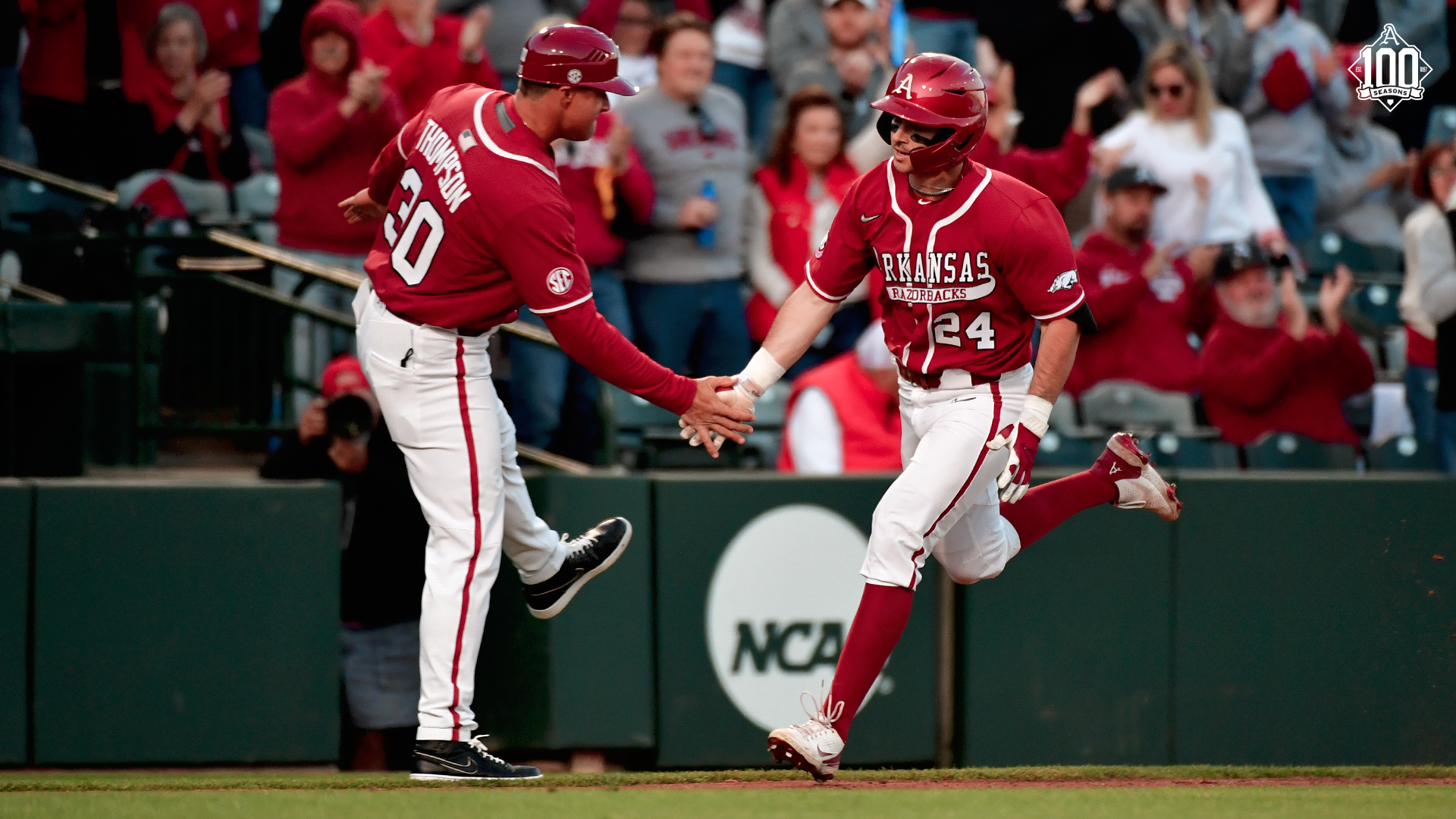 The Razorbacks, winners of 10 straight games, have now won 11 consecutive SEC series dating back to the start of last season. Arkansas has also won its last five SEC opening series, going 13-1 in that span.

True freshman Hagen Smith did not shy away from the bright lights of the SEC stage on Saturday night. The rookie left-hander fanned seven over six innings of three-run ball in the first conference start of his collegiate career, turning in his third quality start of the season.

Smith had plenty of run support from the jump as the Razorbacks scored two in the first, three in the second, one in the third and two in the fourth, opening an 8-2 lead by the fifth. Braydon Webb and Peyton Stovall each found their power stroke in the bottom of the second, cranking homers as part of Arkansas’ three-run inning.

Robert Moore continued his tear against Kentucky, collecting a team-leading three runs batted in on the night. The Razorback second baseman had three hits and three RBI in yesterday’s series-opening win.

Zebulon Vermillion was superb in relief of Smith, striking out five over three hitless innings. The veteran right-hander was the only reliever Arkansas needed all night as he locked down his first save of the season in the multi-inning performance.

The Razorbacks and Wildcats will reconvene tomorrow for the series finale with Arkansas looking to earn its second weekend series sweep of the year. First pitch is set for noon on SEC Network+.