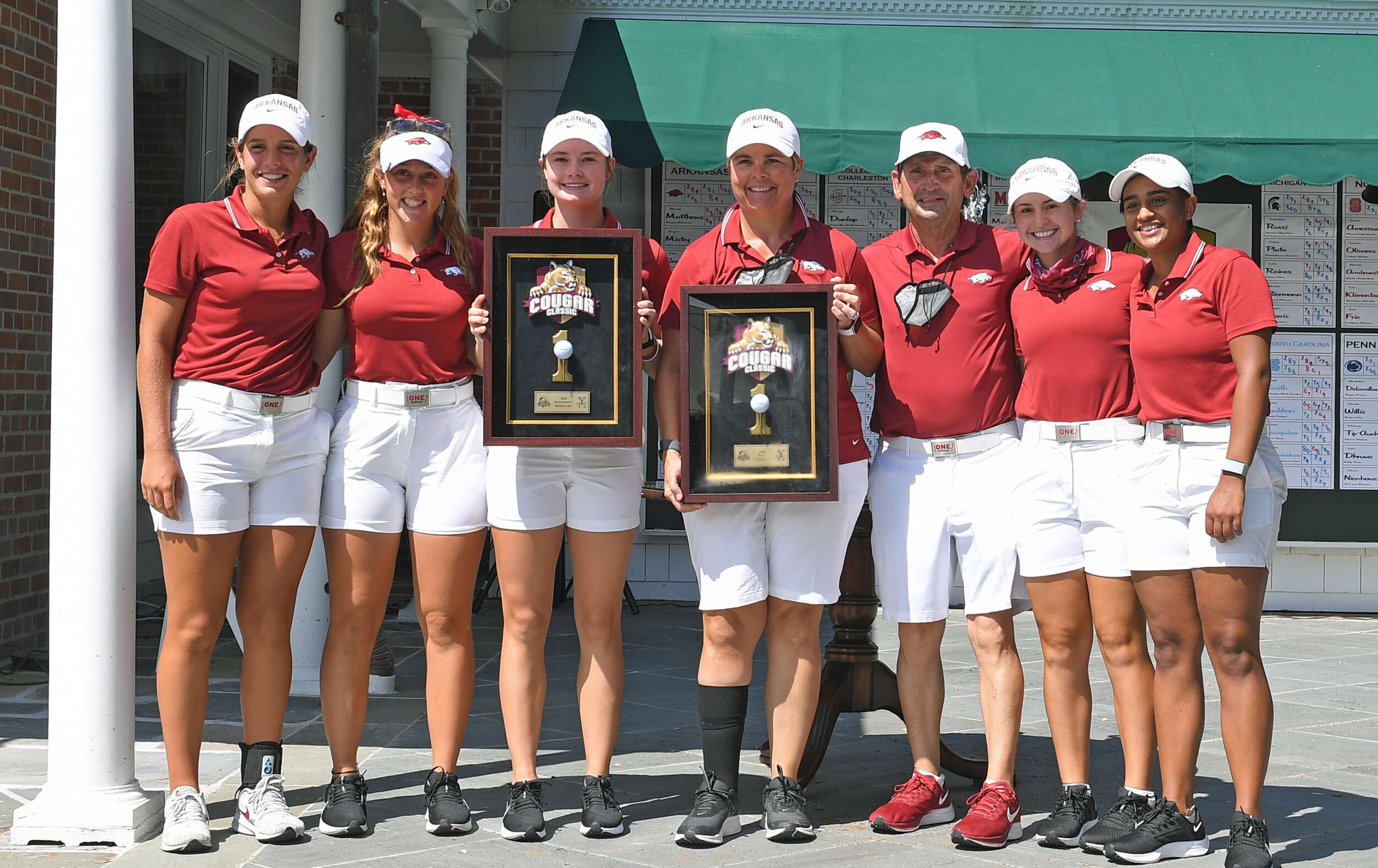 HANAHAN, SC – For the second straight year, Arkansas Women’s Golf has won its first event of the season, as Head Coach Shauna Taylor’s Hogs won the Cougar Classic (284-281-276—841, -23) by a stroke on Tuesday afternoon. The Razorbacks were sublime all tournament long, but were especially good in round three, shooting a 276 (-12). Baylor, who finished second, was somehow even better on day two, firing a 14-under 274, but the Bears came up just short, finishing at 22-under.

The story of the tournament, though, was redshirt senior Brooke Matthews, who played one of the best, if not the best, single 54-hole golf tournaments in NCAA history. Matthews finished the event at an astonishing 25-under par, breaking the known NCAA record of 19-under, set by Jaclyn Lee of Ohio State back in 2018. The mark also shattered the 54-hole program record, which was set by Maria Fassi (-16) during the 2017-18 season at the Mason Rudolph Challenge. In terms of Matthews compared with the rest of the field, the result wasn’t even close – the Rogers, Ark. native won the event by a staggering 13 strokes, as Krista Junkkari of North Carolina finished second at 12-under. With the win, Matthews now has three collegiate individual medals – the 2019 Liz Murphey Collegiate Classic, the 2020 Blessings Collegiate Invitational, and the 2021 Cougar Classic.

The upper classmen carried the day at the Cougar, as Kajal Mistry was also great for the Hogs. The junior joined Matthews and Gregg in the 60’s, firing a 69 in her final round of the season’s first event. Her third round marked her third career round in the 60’s, while her 19th place finish marked the seventh top-20 finish of her college career.