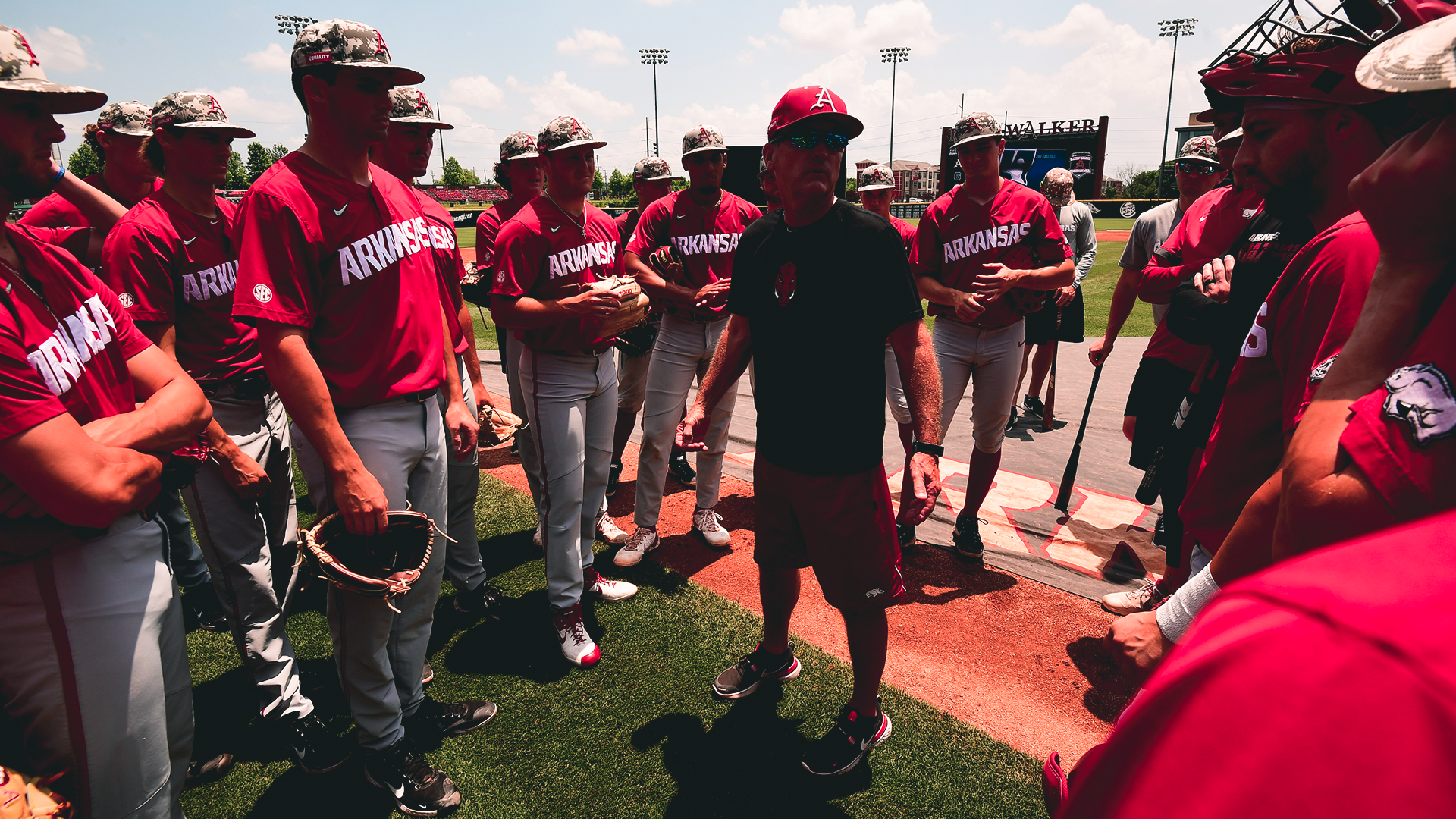 Top-ranked Arkansas and No. 16 NC State begin their battle for a spot in the College World Series at 5 p.m. Friday, June 11, in the NCAA Fayetteville Super Regional. Friday night’s contest at Baum-Walker Stadium is the first in a best-of-three series between the Hogs and Wolfpack.

Arkansas is looking to punch its ticket to the College World Series for the 11th time in program history. The Razorbacks, the SEC regular-season and tournament champion, earned the top overall seed in the NCAA Tournament for the first time in program history. Arkansas is a top-eight national seed for the fifth time, also receiving a top-eight seed during the 2004, 2007, 2018 and 2019 campaigns.

The Razorbacks and Wolfpack will meet for the first time in history this weekend. NC State, which earned its berth to the Super Regional with a perfect 3-0 run through the Ruston Regional, is 17-3 in road games as well as 20-5 overall in all contests away from home this season.

Tune In
Friday night’s contest between Arkansas and NC State will broadcast nationally on ESPNU with Mike Morgan (play-by-play) and Todd Walker (analyst) on the call. Fans can also watch via WatchESPN or through the ESPN app.

Saturday’s game will air on ESPN2, and Sunday’s game (if necessary) will televise on either ESPN2 or ESPU. All three ballgames can be heard on the Razorback Sports Network from Learfield/IMG, including locally in Fayetteville on 92.1 FM, with Phil Elson and Bubba Carpenter on the call all weekend long.

Sooieville Sluggers
Arkansas has hit 102 home runs in 60 games this season, setting a single-season program record in the process. The Razorbacks surpassed the previous school best of 98 in 69 games by the 2018 squad.

Death, Taxes, Hogs are No. 1
The Hogs finished the 2021 regular season as the unanimous No. 1 team in the nation, leading all six major polls entering the NCAA Tournament. Baseball America, Collegiate Baseball Newspaper, D1Baseball, NCBWA, Perfect Game and USA Today have each kept the Razorbacks atop their respective rankings for nine consecutive weeks.

It is the 11th time this year that Arkansas is the undisputed No. 1 team as well as the 15th consecutive week that the Hogs maintain the top spot in at least one of the six polls. The Razorbacks have ranked atop Baseball America’s top-25 poll (as of May 31) for 14 weeks, the publication’s longest streak since 1998 Stanford topped the rankings for 15 weeks in a row.