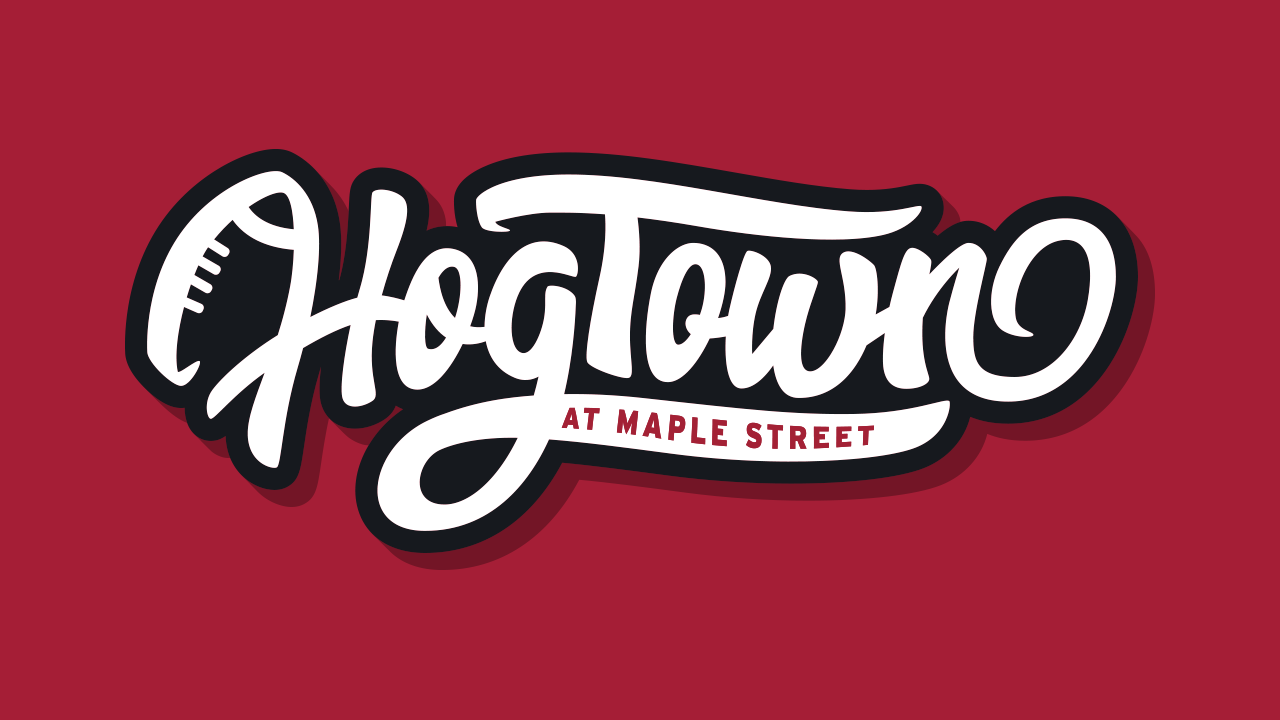 Last fall, Vice Chancellor and Director of Athletics Hunter Yurachek watched and listened. The 2018 football season was filled with observing the gameday experience and seeking feedback from Razorback fans by speaking to them directly, analyzing responses from the SEC Fan Experience survey and reviewing additional suggestions submitted by fans. It was abundantly clear that extensive improvements for Razorback GameDay were a necessity and things needed to evolve for the benefit of Razorback fans for the 2019 season. Yurachek commissioned three committees, comprised of approximately 30 people from across the administration, staff and related partners in January to analyze the situation and develop recommendations for 2019.

As a result of that work – in the past few weeks, Razorback Athletics announced an expansion of alcohol sales to the general seating areas. Today, we are excited to announce the rollout of the HogTown street festival. Each day for the remainder of this week, we’ll be announcing numerous other new and improved elements to the gameday experience that we hope all Razorbacks fans will enjoy this season. Your voices were heard, loud and clear. Now we need to hear your voices again, back at Donald W. Reynolds Razorback Stadium. Come join us to experience the new Razorback Gameday and most importantly to cheer on Coach Chad Morris and our football team during the 2019 season!

FAYETTEVILLE, Ark. – Gamedays at Donald W. Reynolds Razorback Stadium have always brought people from all over the state and beyond together to cheer on their beloved Hogs. Now with the new HogTown Street Festival, fans can enjoy free pre-game festivities right in the heart of the action, just a few long passes from the Home of the Razorbacks.

HogTown, to be located on Maple Street just north of Donald W. Reynolds Razorback Stadium, will start four hours prior to each game and conclude 30 minutes prior to kickoff. This fan-friendly event will feature a variety of fan activities, including a main stage with live music, a larger than life videoboard featuring college football games from around the country, a beer garden, food trucks from throughout Northwest Arkansas, interactive corporate sponsored activations for fans and fun kid activities, including inflatables, balloon artists, face painting and more. Fans will also be able to get autographs from current and former Razorback student-athletes. Hog Heaven, the official team store of Razorback Athletics, will have a mobile trailer store offering the latest Arkansas Razorbacks gameday attire.

Fans in attendance can join the Razorback Spirit Squads, Tusk V and the Best in Sight and Sound – the University of Arkansas Marching Band – in welcoming the team to the stadium with the ‘Hog Walk’, followed by a pep rally performance from the stage.

To accommodate the setup and operation of HogTown, Maple Street, from the intersection of Stadium Drive to Razorback Road, will close to public traffic at 7 p.m. on Friday before each home game. Access to Lot 44 will still be available via the east entrance on Stadium Drive and the west entrance on Razorback Road. The north entrance to Lot 44 will not be available prior to the game.

Fans looking for a unique private tailgating experience in HogTown can also rent a Razorback Box for gameday. The self-contained tailgating units debuted at Baum-Walker Stadium last spring and provide fans an entertainment space for serving food and beverages, a television, a leather sofa, a grill and an 8-foot by 20-foot observation deck. Each Razorback Box has a capacity of up to 50 people. For more information on reserving your Razorback Box, contact the Razorback Ticket Center at raztk@uark.edu or (479) 575-5151.

Whether you are at HogTown, in your Razorback Box or tailgating on your own with friends and family, it will now be easier to keep track of the countdown to kickoff. Razorback Athletics will utilize a series of fireworks, prior to the game, to help notify fans of how much time is remaining before the Razorbacks take the field for the opening kickoff. This new addition will add to the already festive pre-game atmosphere, as well as remind fans when it is time to head to the gate to be in position for the start of the game.