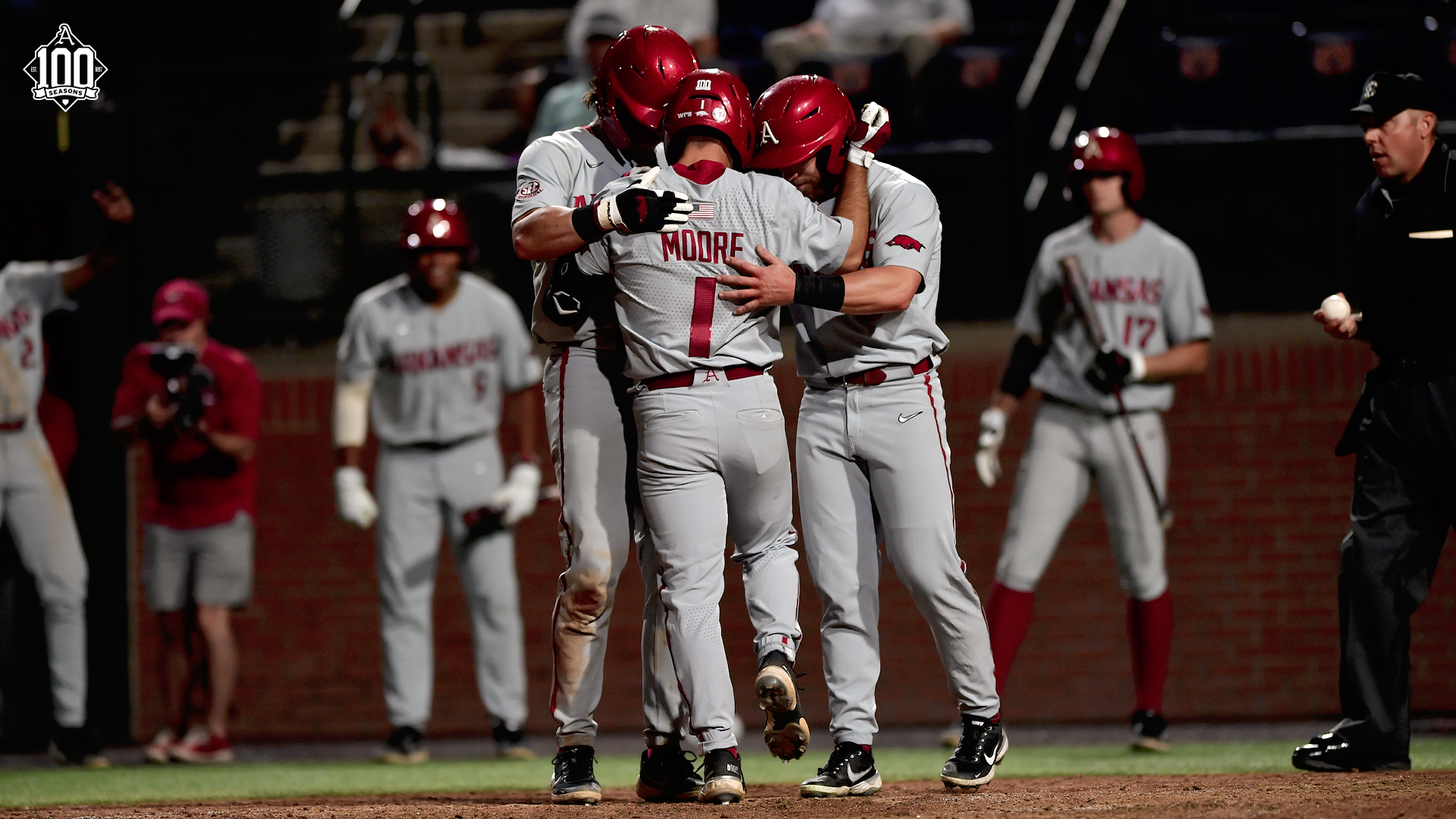 The Hogs were far from finished, however, beginning their comeback with two runs in the top of the fifth. Cayden Wallace’s infield single and Brady Slavens’ sacrifice fly to center closed Arkansas’ deficit to three.

Auburn added a run back in the bottom half of the frame via the long ball, but Arkansas’ rally was just getting started. Jace Bohforen’s two-run homer in the top of the sixth made it a 6-4 ballgame before the Razorbacks jumped ahead for good with four runs in the seventh.

Michael Turner scored on an error to bring Arkansas within one until Kendall Diggs stepped up to the plate with two on and nobody out. The true freshman crushed a go-ahead three-run home run to right field, catapulting the Hogs to their first lead of the night.

Robert Moore’s three-run blast in the eighth was the final blow as Arkansas opened an 11-6 lead to swing the game’s momentum entirely. Moore finished the night as one of four Razorbacks, including Wallace, Turner and Brady Slavens, with multiple hits and one of three with multiple RBI in the win.

The Razorback bullpen was strong in relief of Noland, combining for five innings of three-run ball to allow Arkansas to mount its comeback. Kole Ramage (1.0 IP, 1 SO), Evan Taylor (2.1 IP, 2 SO) and Brady Tygart (1.2 IP, 4 SO) did the heavy lifting to lock down the Hogs’ 11-8 series-opening win on the road.

Game two between Arkansas and Auburn will broadcast nationally at 4:30 p.m. Saturday, May 7, on SEC Network with Mike Morgan (play-by-play) and Todd Walker (analyst) on the call. True freshman Hagen Smith will toe the rubber for the Razorbacks, who look to clinch their fourth consecutive series win over the Tigers tomorrow afternoon.