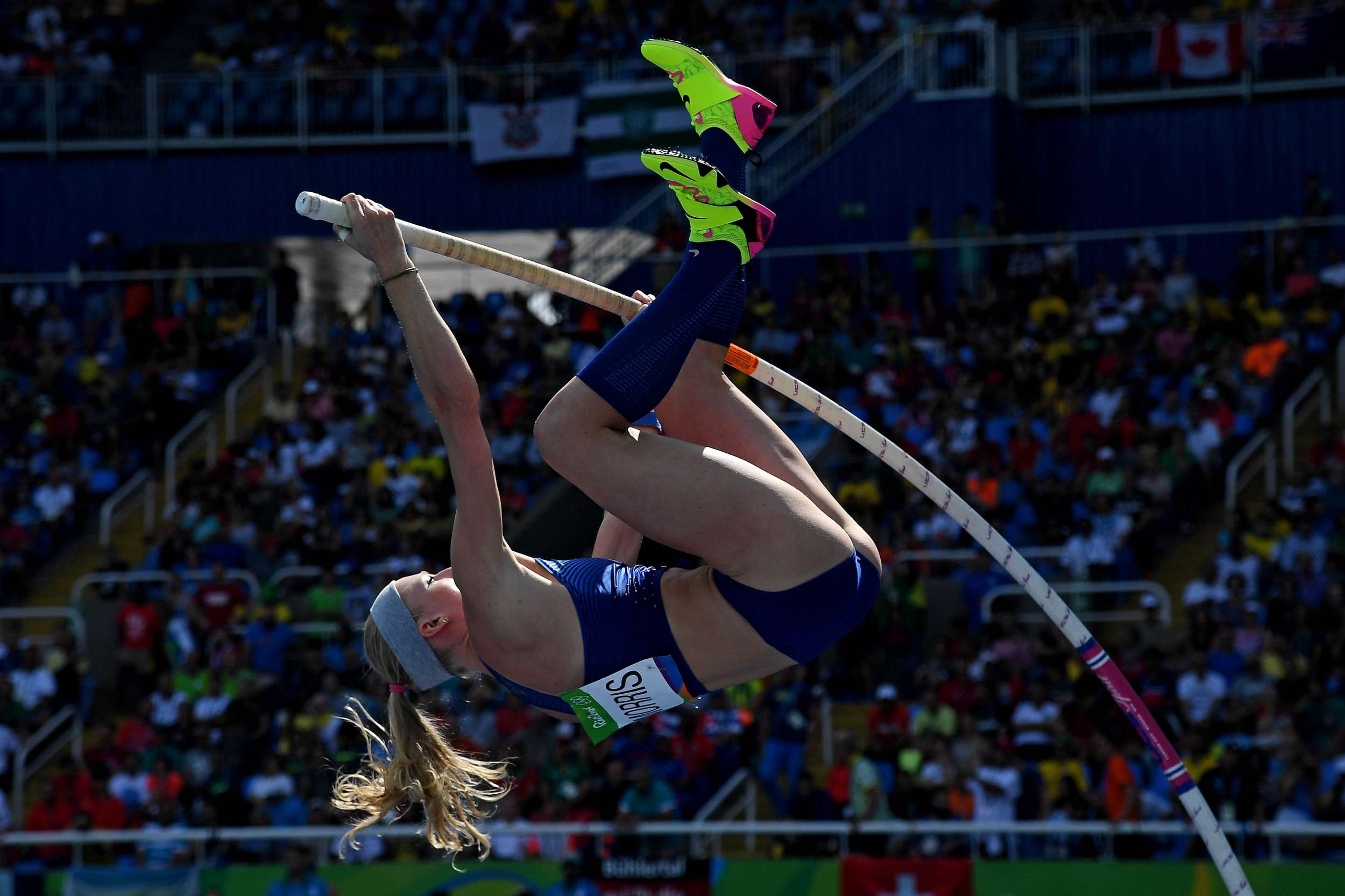 DOHA, Qatar – Three former Razorback greats were on display on the opening day of the IAAF Track & Field World Championships with the trio advancing to the next round in their respective events.

Sandi Morris and Tina Sutej kicked off the competition in the qualifying rounds of the women’s pole vault.

For Morris, it was two vaults and two clearances to earn her spot in the final after clearing 4.55m and 4.60m on her only two attempts of the night.

Wrapping up competition for Arkansas on Day One of the IAAF World Championships was Jamaican hurdler Kemar Mowatt who ran in the opening round of the 400-meter hurdles.

Mowatt finished with the 12th-fastest time of the night recording a time of 49.63Q over the 10 barrier race that was fourth-best in his heat. Mowatt will return for semifinal action in the event tomorrow morning at 10:05 a.m.

Tomorrow’s slate for the Razorbacks will include Mowatt (400mH) and Dominique Scott-Efurd (10,000-meters).