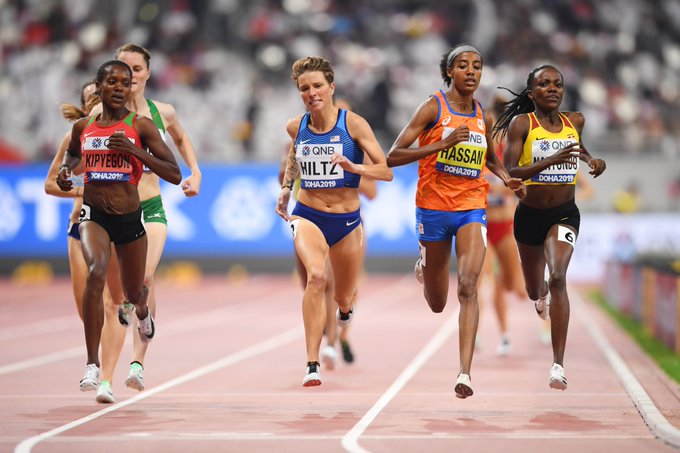 DOHA, Qatar – A trio of former Razorbacks including Nikki Hiltz, Dominique Scott-Efurd and Omar McLeod were in action Wednesday afternoon at the IAAF Track & Field World Championships from Khalifa Stadium.

Hiltz was the first one on the track on day six of the IAAF Championships, running in the prelims of the women’s 1,500-meters. Hiltz, who punched her ticket to the world championships with a third-place finish at the USATF Championships back in July running a personal-best 4:03.55, saw her season continue as she advanced to the semifinal running 4:04.00 that finished as the third-best in her heat and the third-best of the round. Hiltz will run in the semifinal of the 1,500-meters Thursday afternoon at 1 p.m. CT.

The reigning Olympic and World Champion at 110-meter hurdles, Omar McLeod was the final competitor for the Razorbacks Wednesday afternoon. McLeod breezed through the semifinal to the final running 13.08 that tied his season-best and led the round. In the final, McLeod was in second-place for most of the competition before stumbling over the final barrier and crashing to the ground. McLeod is still in contention to run as a member of Jamacia’s 4×100-meter relay later in the meet.