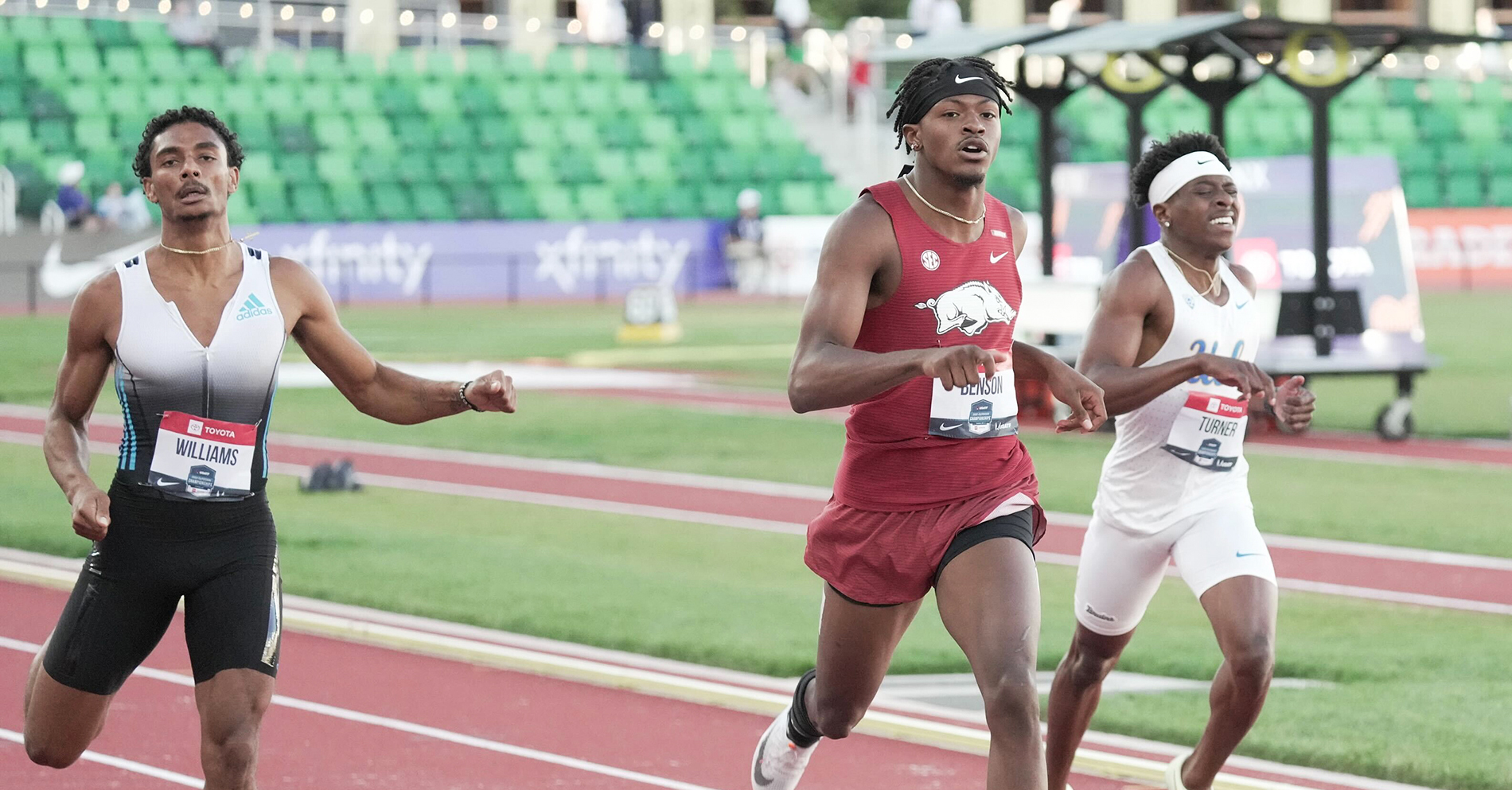 EUGENE – Racing for the first time since the early in the outdoor season, Razorback James Benson II simply posted a career best of 45.56, which moves him to No. 6 on the UA all-time list, during the first day of the USATF Championships at Hayward Field.

Benson II finishesd as runner-up to LSU alum Vernon Norwood (45.34) and they had the third and sixth fastest times overall.

Alum Marqueze Washington joined Benson in the 400m semifinal, placing third in the second heat with a 46.11. The top time overall was 44.72 by Michael Norman, who won the first heat.

Alum Frankline Tonui, racing in the second of two heats, posted a time of 8:29.85 to snare a qualification to the 14-person final as the last qualifier on time, earning the spot by 0.05 of a second over Minnesota’s Alec Basten (8:25.90).

USATF U20 action for the men starts on Friday with Connor Washington (100m) and Brandon Battle (400m) representing the Razorbacks.

Finals held on Friday in the USATF Championships include the long jump with John Baker and shot put with Arkansas volunteer assistant Ryan Crouser.