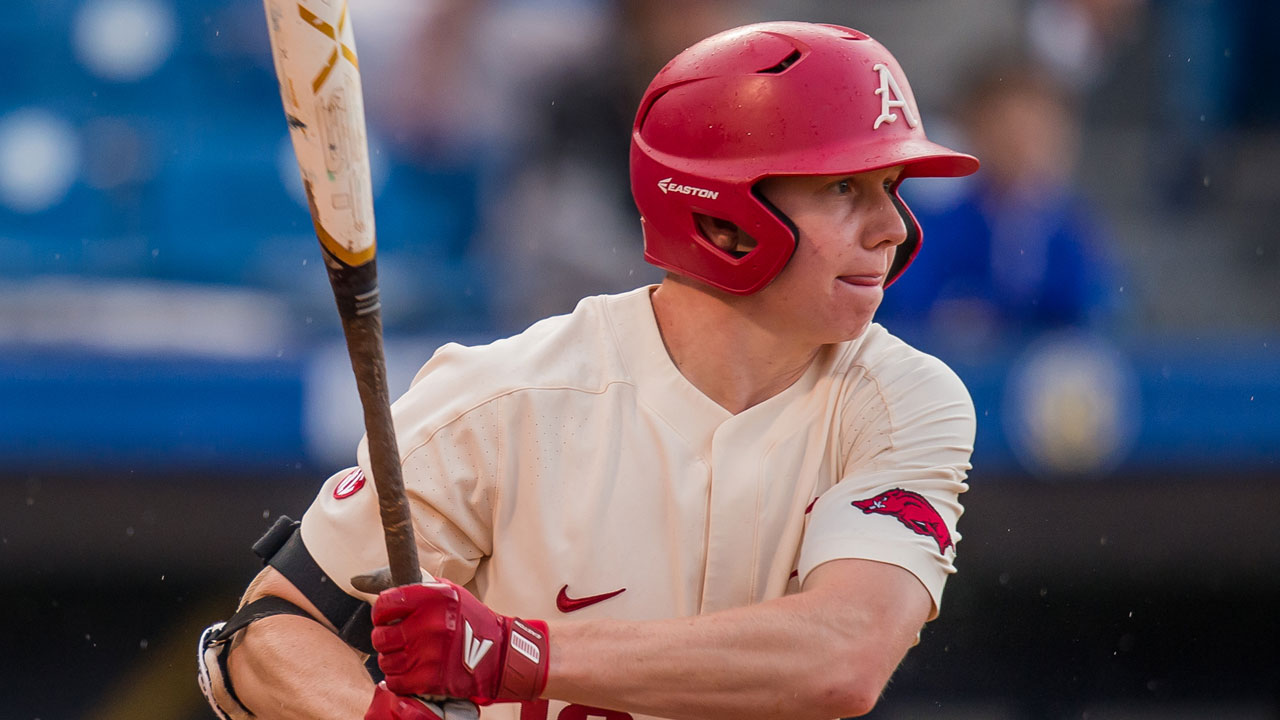 FAYETTEVILLE, Ark. – Sophomores Heston Kjerstad and Casey Martin, as well as junior reliever Matt Cronin added another preseason All-America nod to their resume Monday afternoon as all three were recognized by D1Baseball.com, which released their list of the nation’s best heading into the 2019 season.

Kjerstad and Martin both were named to the 18-player first team, while Cronin was one of two relief pitchers named to the second team. Arkansas ties for the most players combined on the three teams in the country and is one of three schools (Oregon State, Southern Miss) with two players on the first team.

After winning the 2018 SEC Freshman of the Year award, Kjerstad comes into his sophomore season as one of the most highly touted players in the nation. Kjerstad was named a freshman All-American by Collegiate Baseball and the NCBWA, while also making the All-SEC Second Team and the SEC All-Freshman Team.

The Amarillo, Texas native started all 69 games for the Hogs in left field and finished second on the team with a .332 batting average, while leading with 87 hits, 14 home runs and 58 RBIs. His hit total, home runs and RBIs were all Arkansas freshman records.

As for Martin, he practically matched Kjerstad’s numbers as he led the team with a .345 average, an average that also led all freshmen in the SEC. He was named to the All-SEC Second Team and SEC All-Freshman Team at the end of the regular season and was tabbed a freshman All-American by the NCBWA and Collegiate Baseball Newspaper as well.

Martin was a key part in Arkansas’ run to their ninth College World Series appearance last year as he led all Razorbacks with a .352 batting average in the NCAA Tournament, including a .357 clip in the CWS. He totaled 10 of his 19 postseason hits in Omaha and made the CWS All-Tournament Team.

On the mound, Cronin returns as one of the top relievers in the nation after setting a UA single-season record with 14 saves. The save total tied for the second-most in the SEC and was the 14th most in the nation. Over his 48.1 innings, Cronin struck out 59 batters, which was the sixth-most on the staff and he held opponents to a .154 batting average, which was the lowest on the team for the second-consecutive season.

Arkansas will open the 2019 season against Eastern Illinois on Feb. 15 at Baum Stadium. Tickets are now on sale through the Razorback Ticket Office