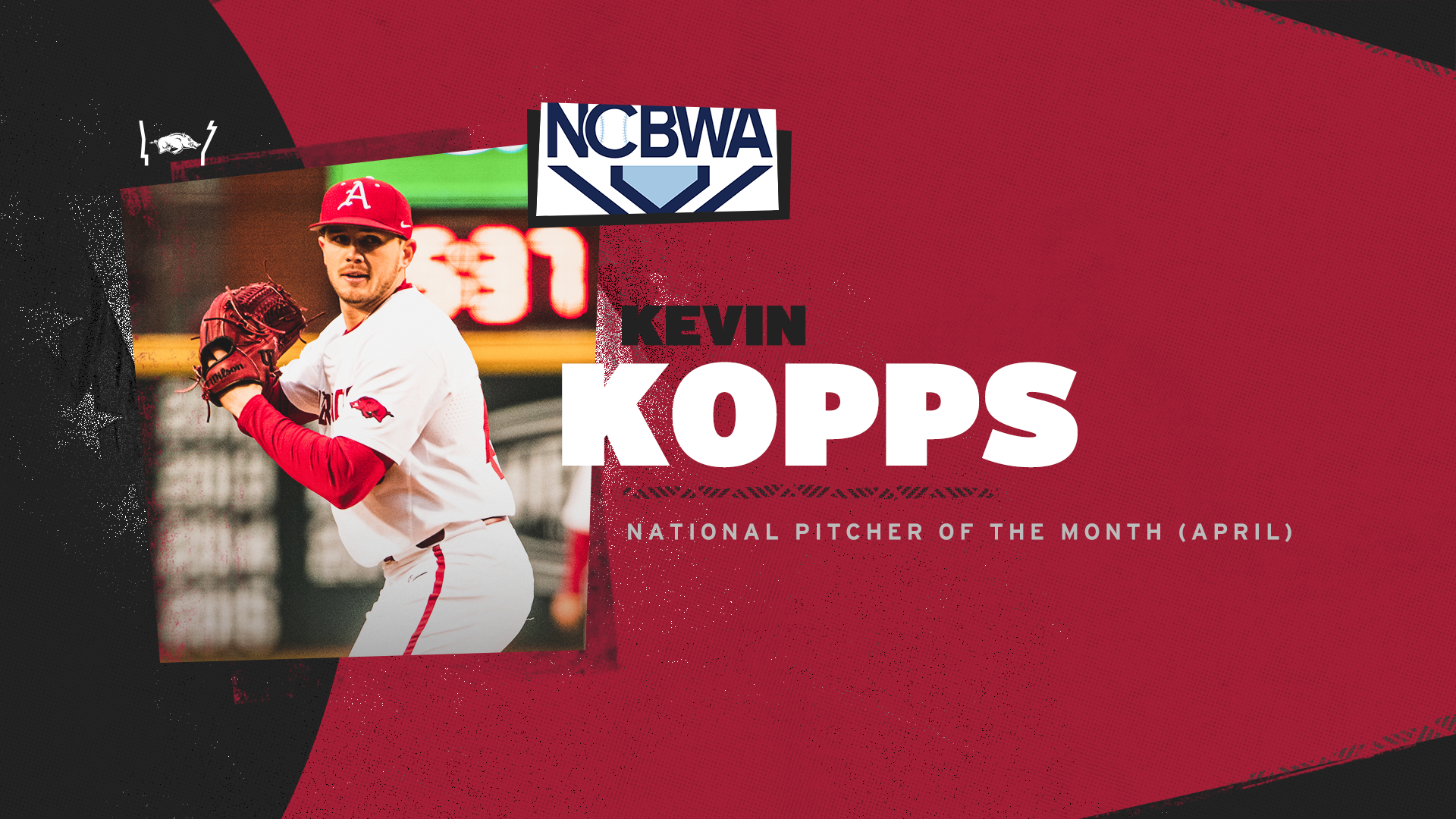 FAYETTEVILLE, Ark. – The best pitcher in all of college baseball for the month of April was an Arkansas Razorback.

Kevin Kopps was named the National Collegiate Baseball Writers Association Pitcher of the Month on Wednesday after a dominant April on the mound. He appeared in nine games for the unanimously top-ranked Hogs during the month, posting a 0.81 ERA and recording four saves in 22.1 innings while allowing only five walks and striking out 42.

The Sugar Land, Texas, native is also in the running for the NCBWA Stopper of the Year Award, which is given to the top relief pitcher in the nation.

Kopps and No. 1 Arkansas (34-8, 16-6 SEC) get back to work this weekend in the friendly confines of Baum-Walker Stadium, hosting Georgia for a three-game set. The series begins at 6:30 p.m. Friday, May 7, on SEC Network+.