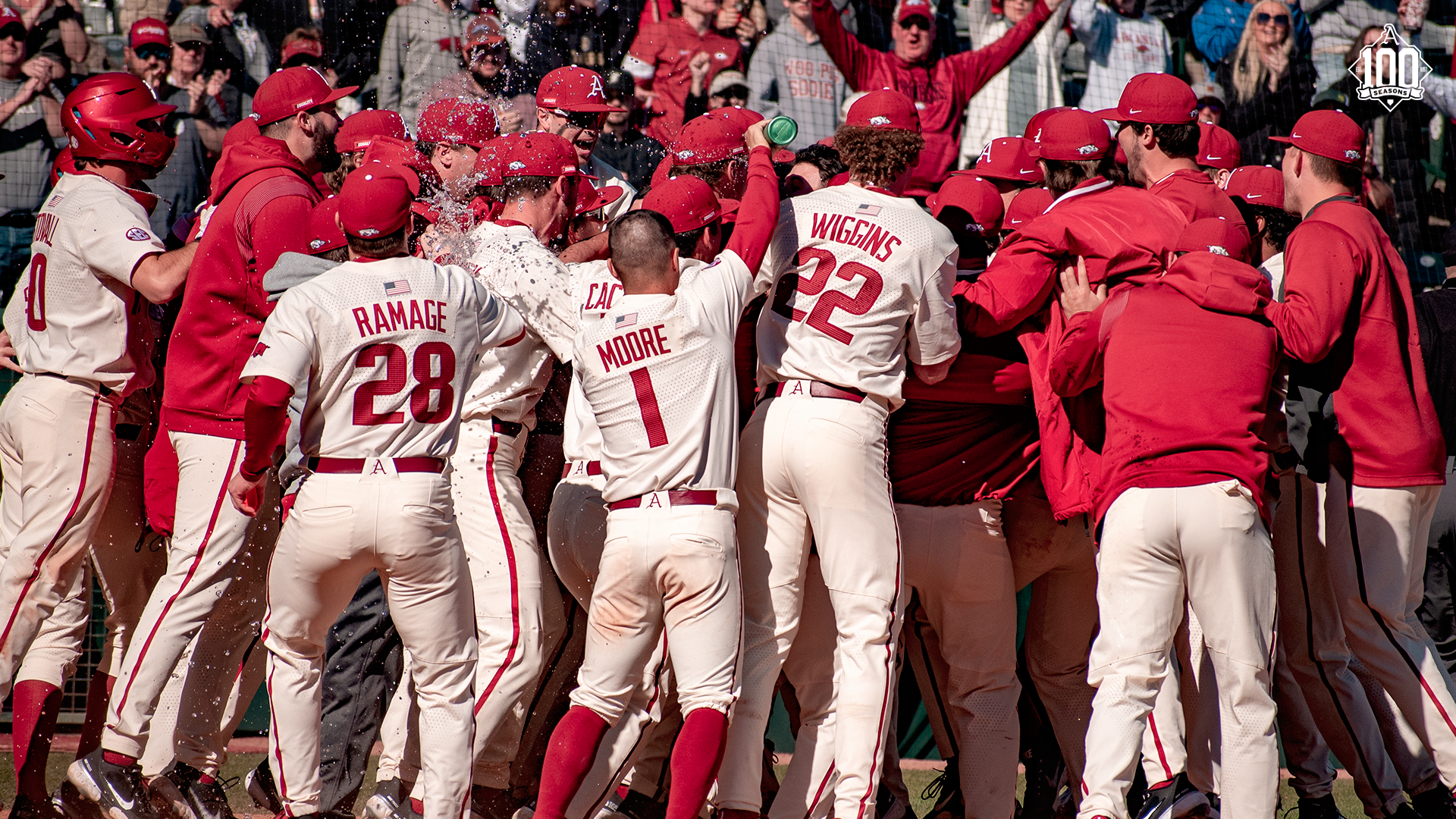 FAYETTEVILLE, Ark. – Chris Lanzilli, one of college baseball’s best power hitters, proved why he has earned that distinction on Sunday afternoon.

The graduate transfer from Wake Forest hit a walk-off two-run homer in the bottom of the ninth, powering No. 3 Arkansas (11-3) to a 10-8 series-sweeping win over UIC (4-9) at Baum-Walker Stadium.

Lanzilli now has 44 career blasts — two of which have come as a Razorback — to his name. His 44 home runs are fifth most among all active Division I college baseball players.

Prior to Lanzilli’s heroics, Sunday’s series finale was a whirlwind. Arkansas jumped out to an early 2-0 edge in the bottom of the third as starter Jaxon Wiggins held UIC scoreless through his first three innings of work.

A sloppy top half of the fourth, however, cost the Razorbacks. The Flames scored six runs on one hit, an error, five walks, a hit batter and a wild pitch to take a 6-2 lead.

Fortunately, Arkansas would not go quietly. The Hogs scored two runs in the seventh before Cayden Wallace set the table for Lanzilli’s game-winning heroics.

The Greenbrier, Ark., native hit his second grand slam in as many days in the eighth, giving the Hogs a two-run lead with his go-ahead dinger. Wallace finished the four-game series with a .333/.350/.833 slash line, hitting three homers and driving in a team-leading 13 RBI against UIC.

UIC tied the game at eight in the top of the ninth, but Lanzilli would leave no doubt in the bottom half of the inning. Following Michael Turner’s leadoff double, Lanzilli smoked a 1-2 pitch over the wall in left center to seal the 10-8 win.

Arkansas’ 13-game homestand continues with a two-game midweek series against Grambling on March 15-16. First pitch in Tuesday’s series-opening tilt at Baum-Walker Stadium is set for 6:30 p.m. on SEC Network+.