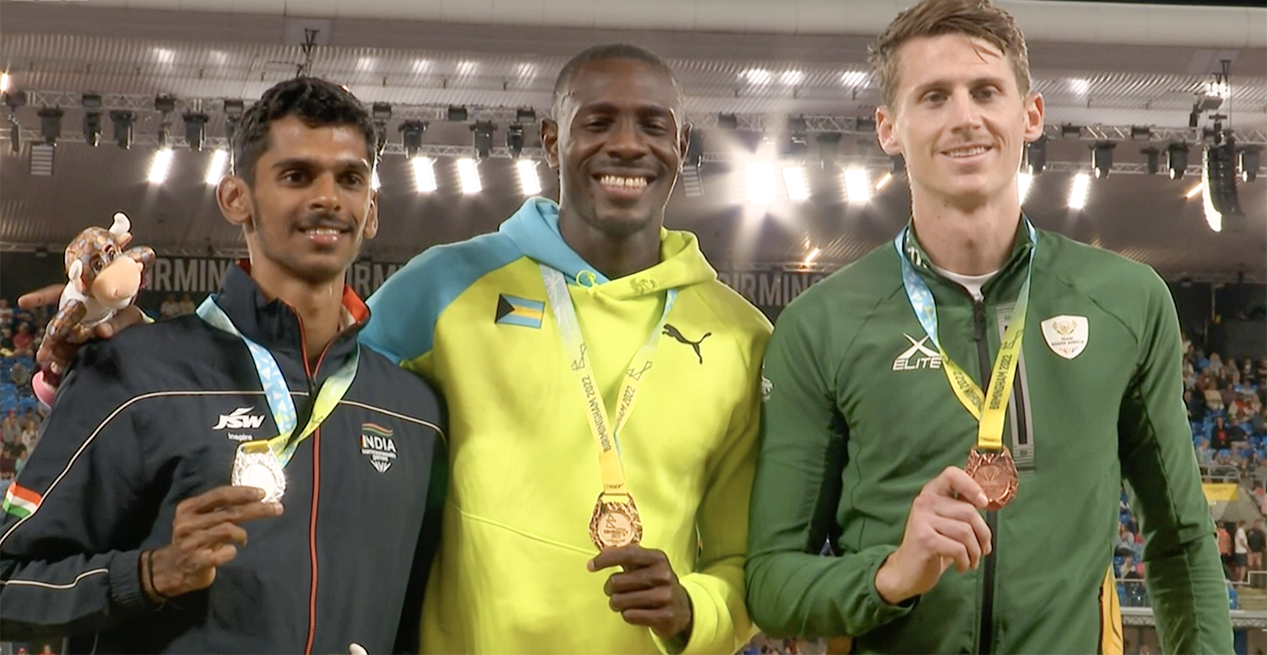 BIRMINGHAM, England – Arkansas alum LaQuan Nairn claimed the first long jump gold medal for the Bahamas in the Commonwealth Games history of the event at Alexander Stadium on Thursday with a leap of 26 feet, 6.25 inches.

Nairn’s accomplishment is also the first medal of the 2022 Commonwealth Games for The Bahamas through eight days of the 11-day multi-sport event.

Nairn earned the victory by the narrowest of margins as he and India’s Murali Sreeshankar both produced marks of 26-6.25 (8.08). Nairn hit that mark in round 2 while Sreeshankar established the same distance in round 5.

South Africa’s Jovan van Vuuren finished in bronze-medal position with a mark of 26-5.5 (8.06) while Jamaica’s Shawn-D Thompson placed fourth with a 26-5 (8.05) effort. Only an inch and a quarter (3 cm) separated the top four jumpers in the competition.

Competing in the discus final at the Commonwealth Games, incoming Razorback transfer Rojé Stona (Jamaica) placed sixth with a mark of 203-11 (62.15).

Competing at the World U20 Championships in Cali, Colombia, a pair of incoming Razorback freshmen were in action.

In the 400m hurdle semifinal, Grant Williams of Celina, Texas, ran a career best of 50.82 seconds to place fourth in the second of three semifinal heats. That time ranked ninth overall among the 24 hurdlers but left him 0.20 shy of the final time qualifier for the final.

Williams bettered his previous best of 51.02 he set as a bronze medalist during the USATF U20 Championships in June.