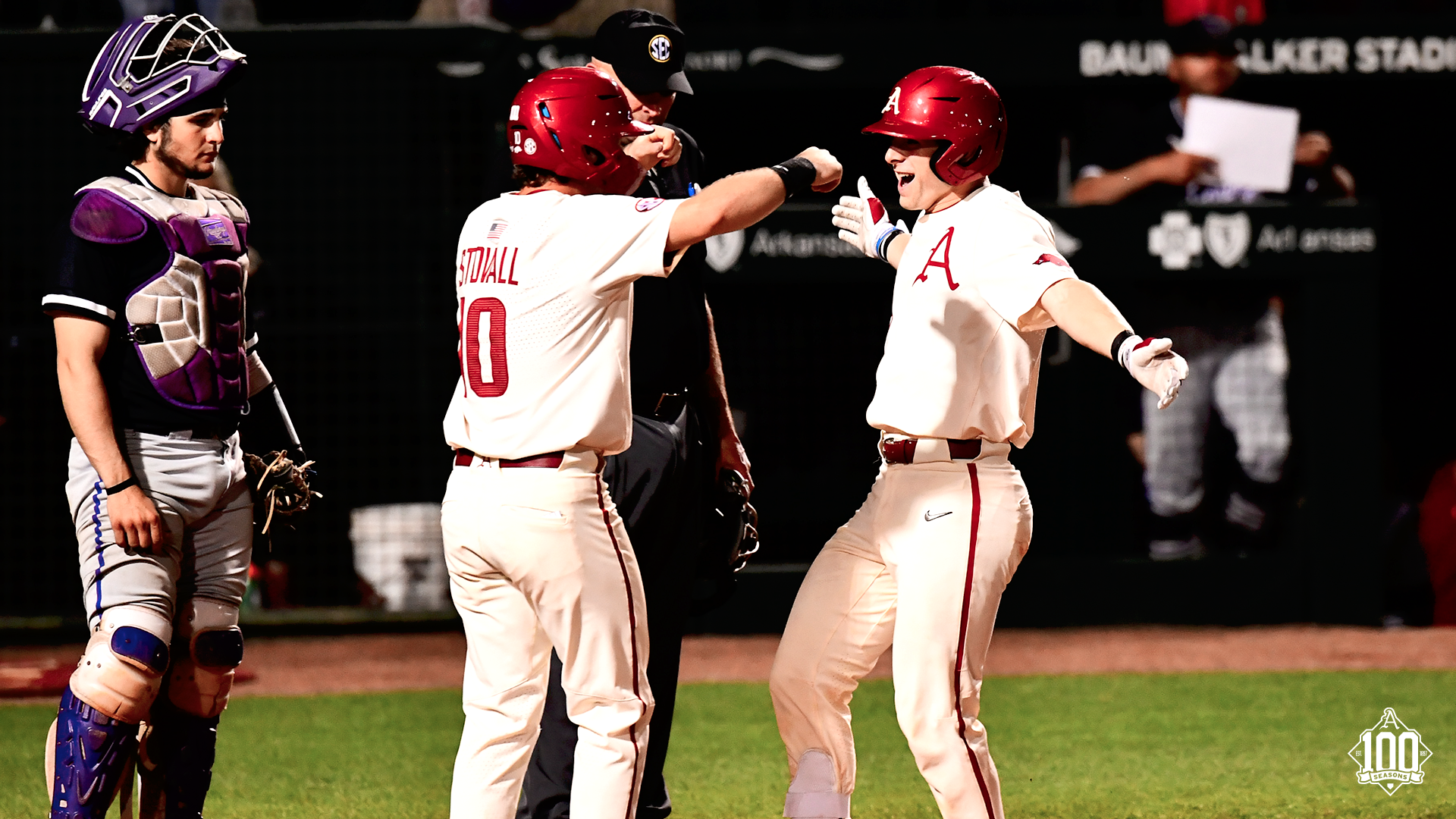 FAYETTEVILLE, Ark. – For the second season in a row, a Razorback has hit for the cycle against UCA.

Dylan Leach hammered two home runs while hitting for the cycle in No. 2 Arkansas’ wild 21-9 win over UCA on Tuesday night at Baum-Walker Stadium. The Razorback catcher finished his career night at the plate 5-for-5 with five runs batted in, becoming the second Arkansas player to hit for the cycle since 1994.

Robert Moore also accomplished the feat last season against UCA, going 4-for-4 with six RBI against the Bears. He was the first Razorback to hit for the cycle since Kyle Harris did so against Tennessee in 1994.

With help from Leach, Arkansas scored in every inning of Tuesday night’s game against UCA. The Razorbacks totaled seven home runs in the ballgame, including a pair by both Leach and Jace Bohrofen as well as one each from Jalen Battles, Peyton Stovall and Braydon Webb.

One inning later, Leach lined a double to right field to put him a home run away from the cycle. His next opportunity would come in the sixth, and he took full advantage.

Leach, hitting from the left side, snuck a two-run homer over the wall in right to complete the cycle. He added to his legendary night in the bottom of the seventh, hitting a towering solo homer to left from the right side.

Seven Razorbacks, including Leach, finished the night with multiple hits. Leach was also one of five Hog hitters to tally multiple RBI, including Webb (4), Bohrofen (3), Brady Slavens (3) and Robert Moore (2).

The Hogs used nine pitchers on the mound as Zack Morris carded his second win of the season after tossing 2 1/3 innings in relief. Right-hander Mark Adamiak impressed in his one inning of work, striking out the side on 13 pitches.

Arkansas is off to Gainesville, Fla., next for a three-game series at Florida, which begins on Thursday, April 8. First pitch in the opener between the Hogs and Gators is set for 5 p.m. on SEC Network.