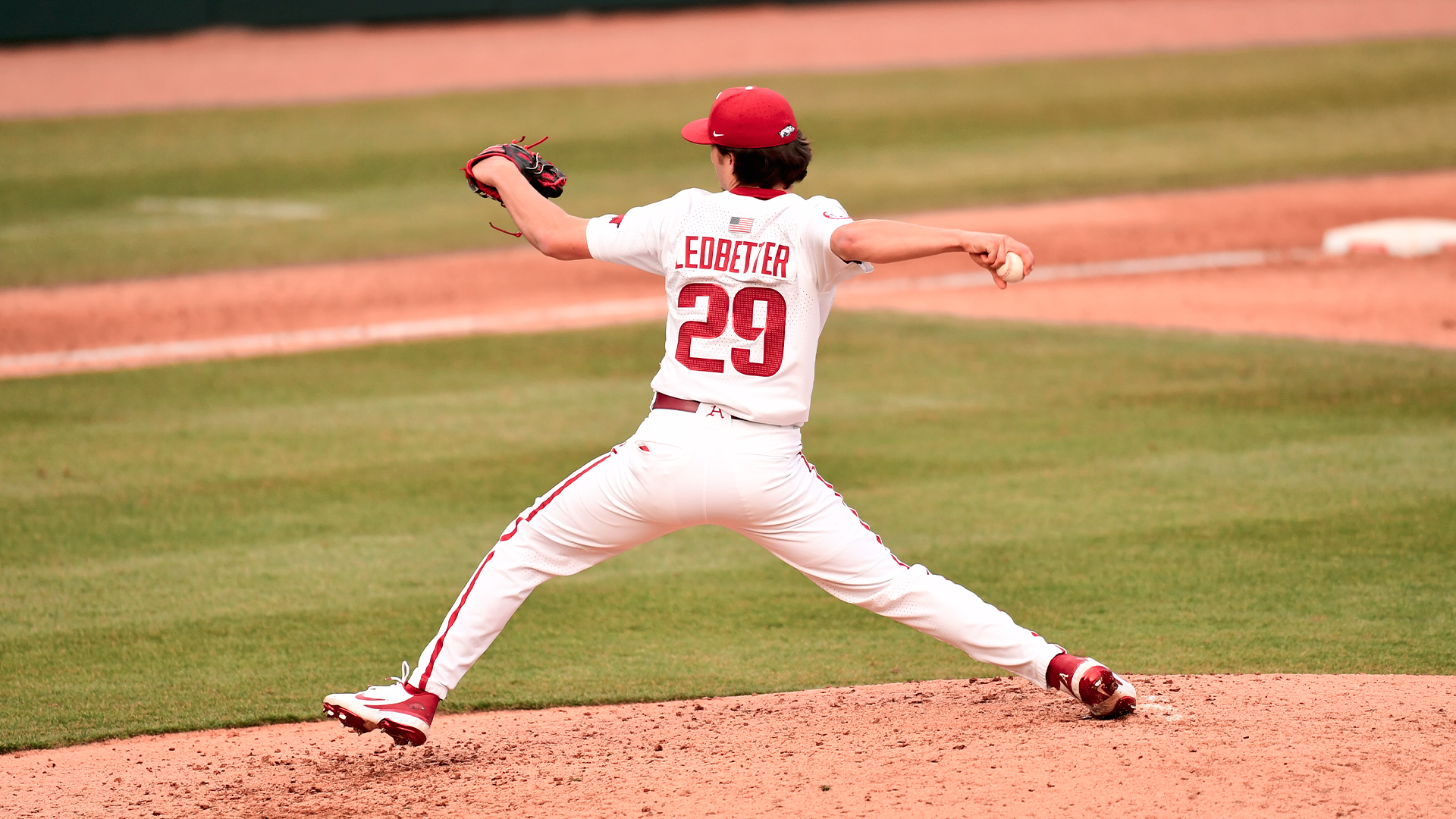 FAYETTEVILLE, Ark. – An early one-run lead was no match for Southeastern’s seven-run sixth inning as No. 3 Arkansas slipped up, 7-3, Friday afternoon at Baum-Walker Stadium in the opening game of the weekend series.

The Razorbacks, now 5-3 on the year, will play two tomorrow against the Lions (5-5) due to anticipated inclement weather. The series finale, originally scheduled for 1 p.m. Sunday, March 6, will be played as part of a doubleheader starting at noon on Saturday, March 5.

True freshman Austin Ledbetter impressed in the Hogs’ loss on Friday, striking out five over 2 2/3 clean innings of relief in his collegiate debut. Jace Bohrofen, meanwhile, broke out of his early season slump, collecting two doubles – his first two hits as a Razorback – and a run scored.

Friday afternoon’s ballgame began as a pitchers’ duel between Arkansas starter Connor Noland and Southeastern starter Will Kinzeler. The two pitchers exchanged zeroes early before the Razorbacks broke through first, opening a 1-0 lead on Cayden Wallace’s RBI single to center in the bottom of the third.

Noland was dealing on the mound through his first five innings. The veteran right-hander silenced the Lions’ offense before running into trouble in the top of the sixth.

Southeastern tagged him and the Arkansas bullpen for seven runs in the frame, extending a six-run lead. Noland finished his day with five strikeouts and zero walks allowed in 5 1/3 innings of seven-hit, three-run ball.

The Razorbacks nearly mounted their comeback in the bottom of the seventh, loading the bases with one out. Peyton Stovall drew a bases-loaded walk before Wallace drove home a run on a sacrifice fly to cut Arkansas’ deficit to four.

That was as close as the Hogs would get, however, as Southeastern reliever Gage Trahan threw 2 2/23 scoreless innings with three strikeouts to lock down the save and secure the Lions’ 7-3 win.

Sunday’s tickets are no longer valid. Saturday’s single game and season ticket will allow access to both games on Saturday. Single-game tickets for Sunday can be exchanged for Saturday’s games or another game based on availability.