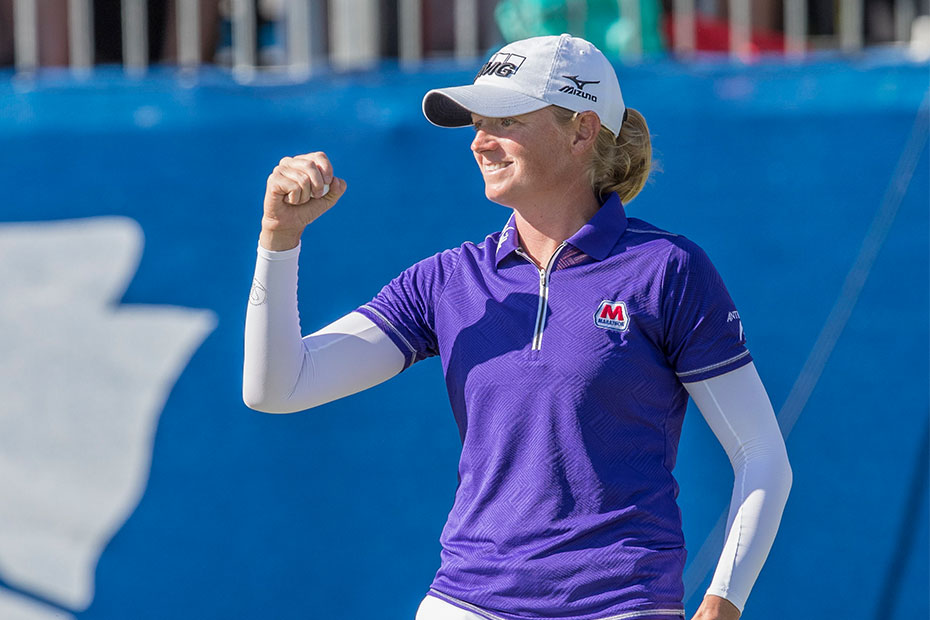 NEW YORK – Arkansas Women’s Golf graduate Stacy Lewis was selected by U.S Captain Juli Inkster as one of two Wild Card picks for the Solheim Cup, announced this morning. Inkster opted for a 1-2 punch of veteran experience in announcing both Lewis and Morgan Pressel as her two wildcard picks, one day after the conclusion of the CP Women’s Open at Magna Golf Club in Aurora, Ontario, Canada.

“I just felt like I needed some veteran leadership,” Inkster said of her decision to choose Pressel and Lewis as her wild-card selections. “I have a very young and inexperienced team and I needed some better balance on that. A lot of my players wanted Morgan and Stacy on the team, and that just kind of helped me out. And I can put each of them with anybody. With what we are trying to do team-wise, Morgan and Stacy were just perfect fits.”

Lewis has a win-loss-tie record of 5-10-1 after representing her country at the last four Solheim Cups, and has been particularly successful in four-ball matches, where she has gone 3-1-0. She has produced mixed form this season after returning to the LPGA Tour in January as a new mother, but she reminded Inkster of her Solheim Cup worth with a strong third-place finish at the Marathon Classic last month.

“I’m pumped,” said Lewis, a 12-time winner on the LPGA Tour. “I think I said that to Juli five times. I love the Solheim Cup and I’m excited with the team we have this year and the rookies. I think they are going to bring so much energy to it. I’m just excited to be the veteran and kind of help get those girls around and kind of help them get ready for what they are going to experience. I think a lot of the reason why I was picked was for that. Hopefully some of my experiences can rub off on them.”

The 2019 Solheim Cup will be played on the world-famous PGA Centenary Course at Gleneagles in Perthshire, Scotland, from Sept. 13-15, when Team USA will bid to win the trophy for a third successive time under Inkster’s captaincy.