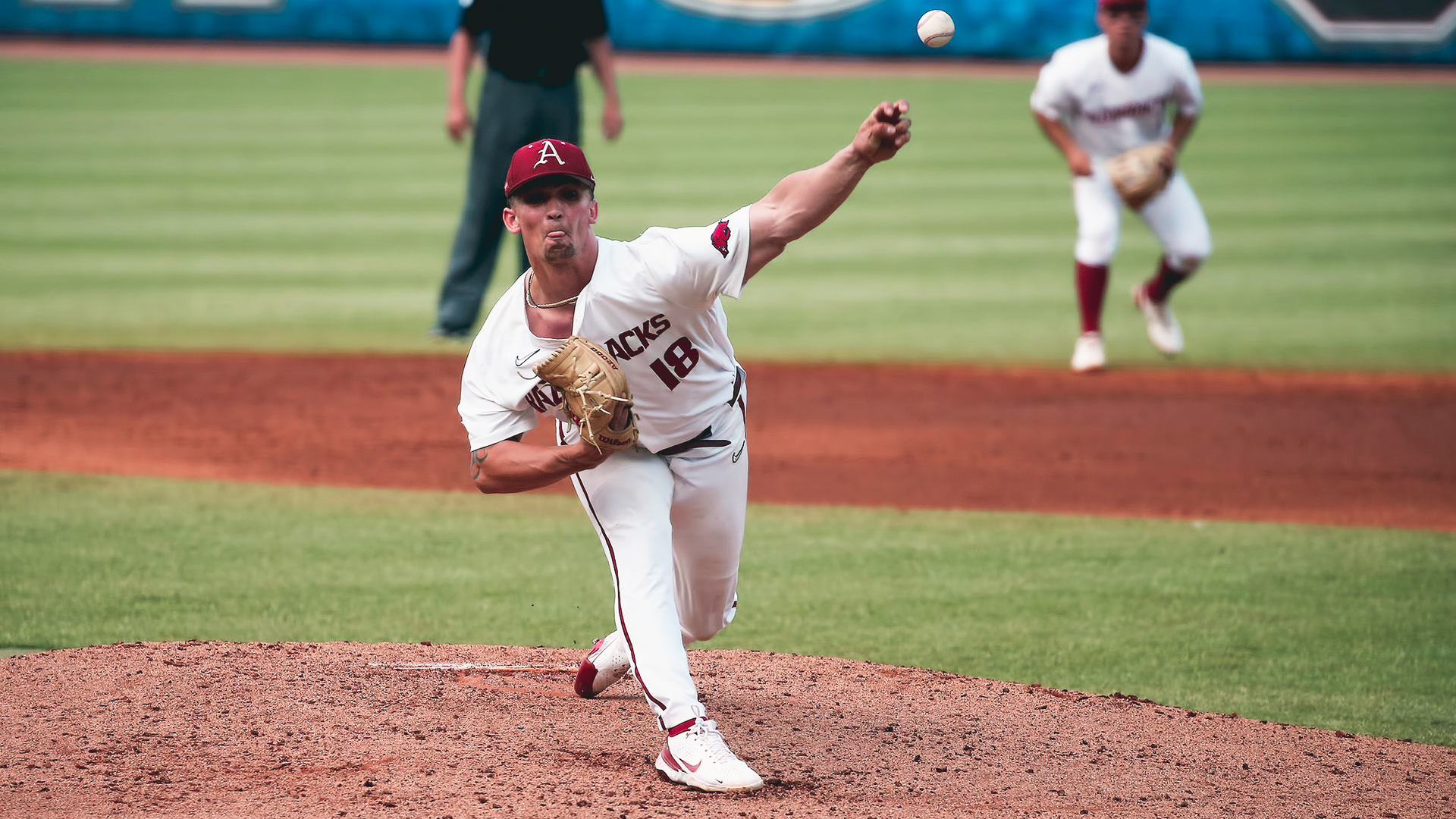 The left-hander dazzled in Arkansas’ 11-2 win against Georgia on Wednesday night at the SEC Tournament, striking out a career-high 11 in seven innings of two-hit, two-run ball.

His strong outing on the mound helped punch the Razorbacks’ ticket to the third round of the tournament, where the top-ranked Hogs (43-10 overall) will play the winner of Vanderbilt–Ole Miss in tomorrow’s late game at Hoover Metropolitan Stadium. First pitch is set for 8 p.m. on the SEC Network.

Up 10-0 with the run rule in effect, Lockhart’s perfect game bid was broken up with one out to go in the top of the seventh. He started the inning with back-to-back strikeouts before an infield single, which was followed by a two-run home run, put an end to what would have been the first perfect game in program history.

Lockhart’s spectacular start was backed by strong run support as the Hogs exploded offensively in the bottom of the second to take the life out of the Bulldogs from the get-go. Arkansas scored six runs on three hits, five walks and two errors, opening a commanding 6-0 lead.

Cullen Smith’s RBI double to right center in the inning was the first of his two big hits on the night. Ahead 7-0 in the bottom of the fifth, Smith hammered a no-doubter over the wall in right to extend the Razorbacks’ lead to eight.

The infielder was one of three Hogs, including Jalen Battles and Christian Franklin, with multiple RBI on the night as Arkansas poured it on from start to finish. As a team, the Razorbacks drew 14 walks, including four with the bases loaded, in the game.

Heston Tole, meanwhile, entered in relief of Lockhart and was impressive in his appearance. The right-hander struck out four in two scoreless innings of work as he and Lockhart combined for 15 strikeouts in the Razorbacks’ 11-2 win.