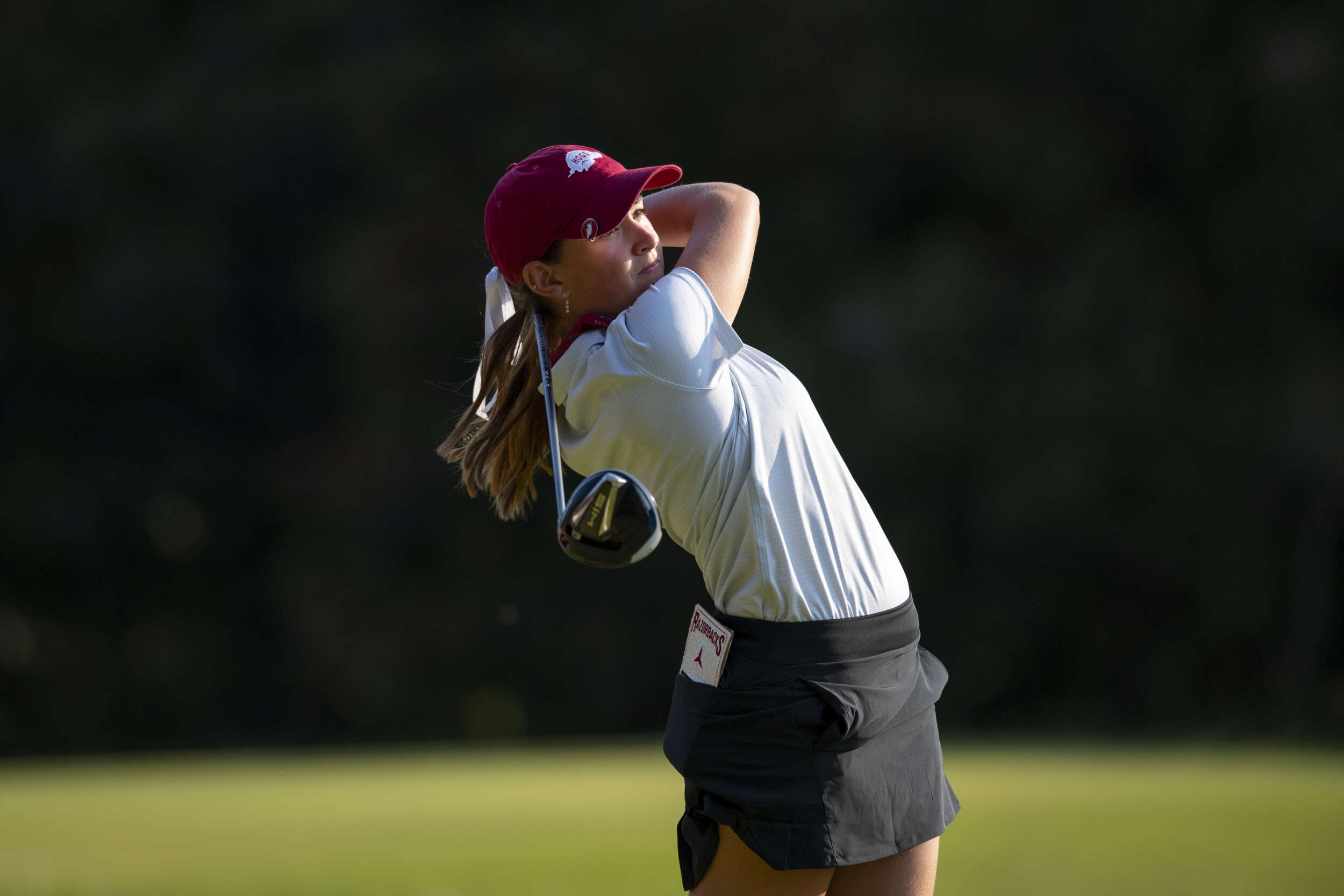 MELBOURNE, Fla. – Arkansas Women’s Golf climbed the leaderboard on day two at the Moon Golf Invitational, as Head Coach Shauna Taylor’s Hogs moved from 10th all the way up to sixth place, courtesy of their second round 282 (-6). That was the biggest jump up by any team in the field in round two. South Carolina still leads the event, and the Gamecocks appear uncatchable, shooting 13-under on day two to move their team total to 21-under, 10 strokes ahead of second place LSU. That said, the Hogs (574, -2) are now within striking distance of the rest of the leaderboard.

Freshman Cory Lopez showed out in round two, firing a 68 (-4), one of just five golfers on the day to shoot at 68 or below. Lopez was flawless on the day, firing four birdies, including three on the front nine, while keeping her scorecard clear of bogeys. The Monterrey, Mexico native is starting to hit her stride in her first year with the Hogs, as this was her second round played in the 60s over her last five rounds. Lopez will enter the final day tied for 12th place.

Joining Lopez in a tie for 12th was Brooke Matthews, who returned to her dominant form on Monday morning. Matthews fired a 69 in round two, her fourth round this season under 70, and her seventh round this year under par. The redshirt junior did most of her damage on the back, where she birdied 12, 16 and 18.

Sophomore Ela Anacona also shot under par on day two, firing a one-under 71 over her second 18 holes at the Moon Golf Invitational. Anacona matched Lopez and Matthews in total birdie count, tallying four of them, but also had three bogeys on the day. Anacona is currently tied for 30th.

Fellow sophomore Julia Gregg fired a 74 (+2) in the second round, pushing her down the leaderboard into a tie for 30th place. After starting the back with a double bogey and a bogey, Gregg persevered, birdieing her next two holes, while also notching a birdie on hole one.

Miriam Ayora rounded out the Hog lineup, firing a 75 on day two. She is currently tied for 65th place.