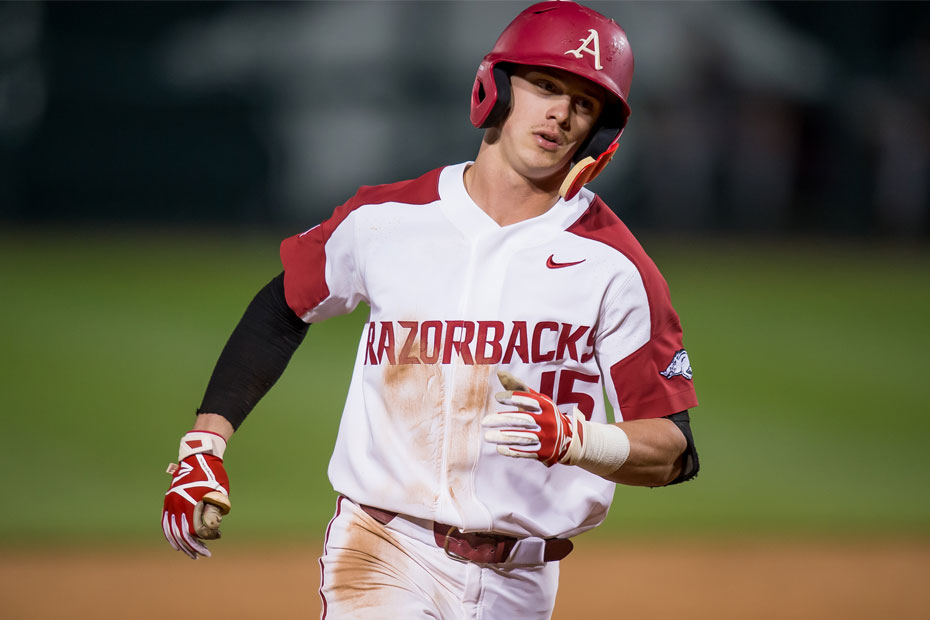 The Lonoke, Arkansas native enters the 2019 season after one of the best freshman campaigns in Razorback history and will head into his second year as one of the top sophomores in the country. Martin led the team with a .345 average, an average that also led all freshmen in the SEC. He also set an Arkansas freshman record in hits (87) while starting 62 games at third base.

He was named to the All-SEC Second Team and SEC All-Freshman Team at the end of the regular season and was tabbed a freshman All-American by the NCBWA and Collegiate Baseball Newspaper.

Martin was a key part in Arkansas’ run to their ninth College World Series appearance last year as he led all Razorbacks with a .352 batting average in the NCAA Tournament, including a .357 clip in the CWS. He totaled 10 of his 19 postseason hits in Omaha and made the CWS All-Tournament Team.

Arkansas will open the 2019 season against Eastern Illinois on Feb. 15 at Baum Stadium. Tickets are now on sale through the Razorback Ticket Office