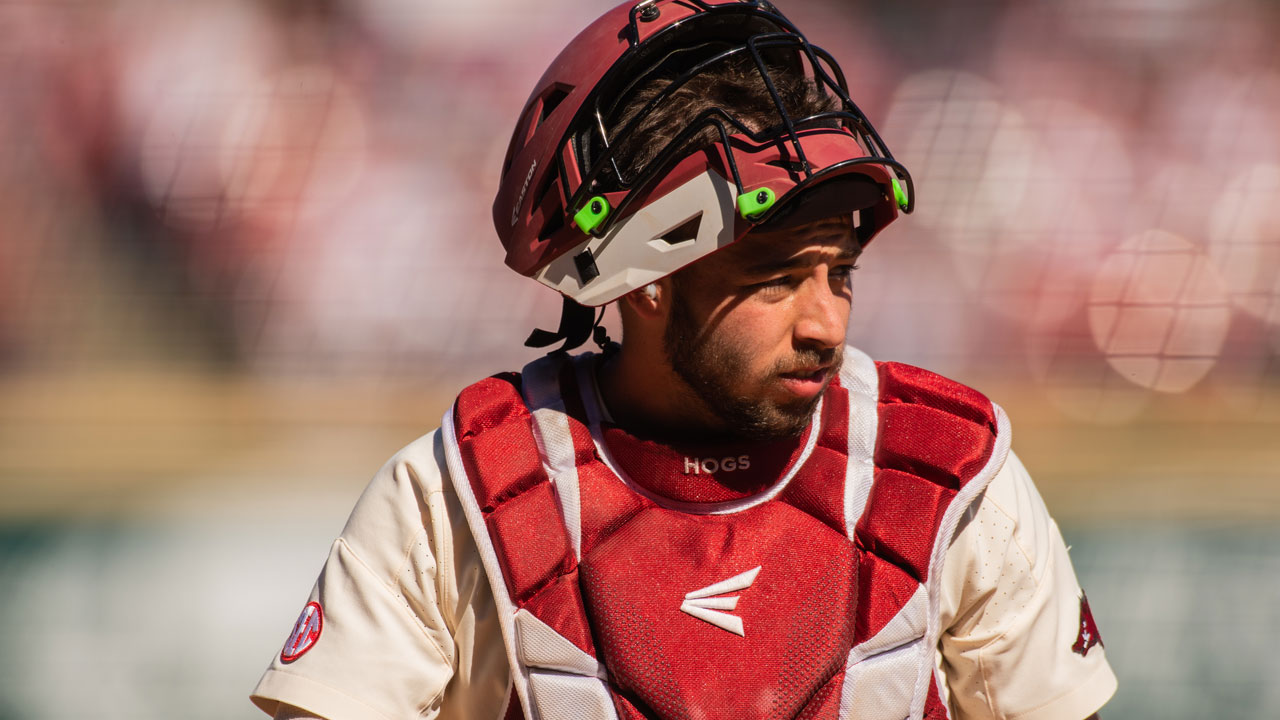 CARY, N.C. – Less than a week after finishing their 2019 seasons with the Arkansas Razorbacks, infielder Casey Martin, outfielder Heston Kjerstad and catcher Casey Opitz will have a chance to continue playing this summer as they will suit up for the Team USA Collegiate National Team starting this week at their training camp in North Carolina.

All three Hogs will go through numerous workouts and intrasquad games this week in the hopes to earn one of the coveted spots on the roster. In its history, Arkansas has had 16 players don the Red, White, and Blue. Last year, outfielder Dominic Fletcher and closer Matt Cronin joined the team after Arkansas’ run to the College World Series final.

Current head coach Dave Van Horn also served time as the manager of the USA Collegiate National Team in the summer of 2014, making trips to the Netherlands and Cuba.

This year, Martin, Kjerstad and Opitz were all integral sophomores that helped Arkansas reach its 10th College World Series in school history and first ever in back-to-back years. Combined, the trio hit .291 with Kjerstad hitting over .300 for the second-straight year (.327). Of the team’s 88 home runs, 35 came off the bat of Martin, Kjerstad or Opitz, making up 40 percent of Arkansas’ long balls.

Kjerstad has posted nearly identical numbers during his first two seasons in a Razorback uniform, hitting .332 as a freshman and .327 as a sophomore. In 65 games this year, the right fielder had the second-most hits on the team (87), the fourth-most RBIs (51) and the most home runs (17), which tied for the 10th-most by a Razorback in a single season. He was named to the All-SEC Second Team for the second-consecutive year.

Martin hit .286 this season in 66 games and had 15 home runs with 57 RBIs, which are both higher totals than in 2018. The Lonoke, Arkansas native also notched 40 extra-base hits, including a team-leading four triples and three inside-the-park home runs. He showed off his speed on the basepaths, stealing 10 of 12 bases, the third-most on the squad. Like Kjerstad, Martin also earned his second-straight All-SEC Second Team honor.

As for Opitz, the Colorado native had, arguably, the best defensive season for a catcher in the SEC, totaling 22 caught stolen bases, which led all league catchers. That total is the most for a Razorback catcher since Tucker Pennell had 27 during the 2016 season. He caught 14 potential stolen bases in conference play and three in the NCAA Tournament. Opitz hit .243 for the year in 58 games and had a .379 on-base percentage, walking 38 times, which was the third-most on the team.

This year, Team USA is led by Louisville head coach Dan McDonnell and will begin its schedule on June 27 with four intrasquad games. Following a single game against the Coastal Plains League Select on July 1, the team will travel throughout North Carolina for a five-game series against Cuba in the 8th Annual USA vs. Cuba International Friendship Series.

Team USA will travel overseas to Taichung, Taiwan for a five-game series against Chinese Taipei (July 9-12) before finishing its summer schedule with a five-game set against Japan (July 16-21) with all five games played in a different location around Japan.

Other Razorbacks Across The Summer Leagues