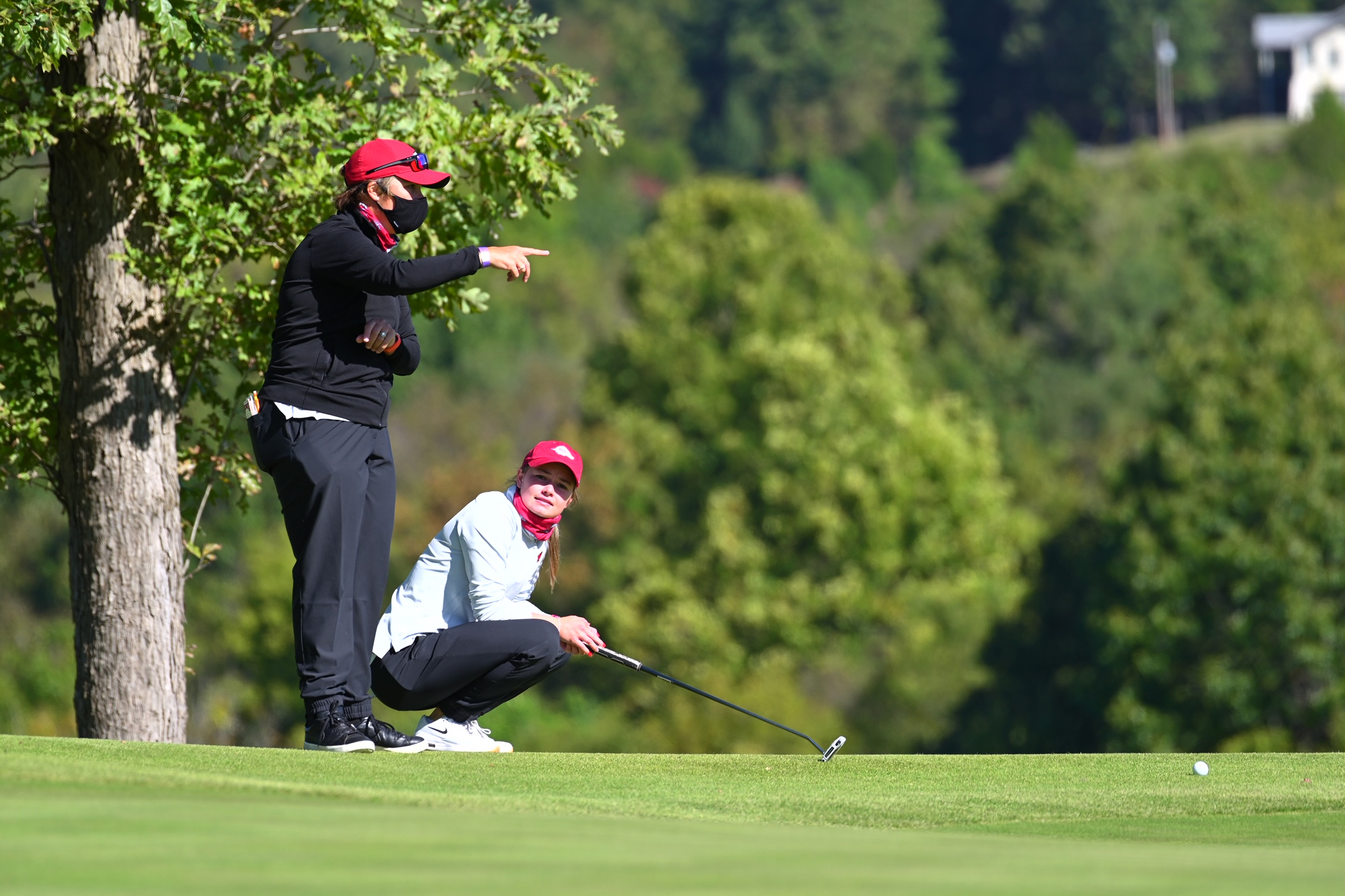 FAYETTEVILLE, Ark. – Arkansas Women’s Golf leads the women’s field after round one at the Blessings Collegiate Invitational, as the Hogs fired a one-over 289 through the first 18 holes of play. Head Coach Shauna Taylor’s squad made the most of the home-course advantage on day one, as they were the only team in the women’s field to shoot under 290, and currently hold a four-stroke advantage over second place LSU (293). Meanwhile, the Arkansas Men’s & Women’s programs also sit atop the combined leaderboard after day one (+6).

Redshirt junior Brooke Matthews lit it up on day one, firing a first-round 67 (-5), good for a share of the lead. With her 67, Matthews becomes the only Razorback in program history to post a 67 or better while playing the Blessings, surpassing Maria Fassi’s National Championship-clinching round of 68 back in the spring of 2019. Her 67 on day one was also the best 18-hole total of her college career.

Freshman Cory Lopez got off to a fast start in her college career, firing a 72 (E) in her first round as a Razorback. After a double-bogey on 12 and a bogey on 13, Lopez showed her resilience, birdieing three of her final 12 holes, including her last hole played on the day, to get back down to even par. The freshman is currently tied for sixth place.

Third for the Hogs on day one was Ela Anacona, who shot a two-over 74 during the first 18. Anacona played four birdies on the day, and is currently tied for 11th place at the conclusion of round one.

After teeing it off early this morning, Taylor’s squad will get round two started tomorrow at 11:23 a.m. The Blessings Collegiate will be televised on the Golf Channel from 2:30 p.m. CT to 6:30 p.m. CT.