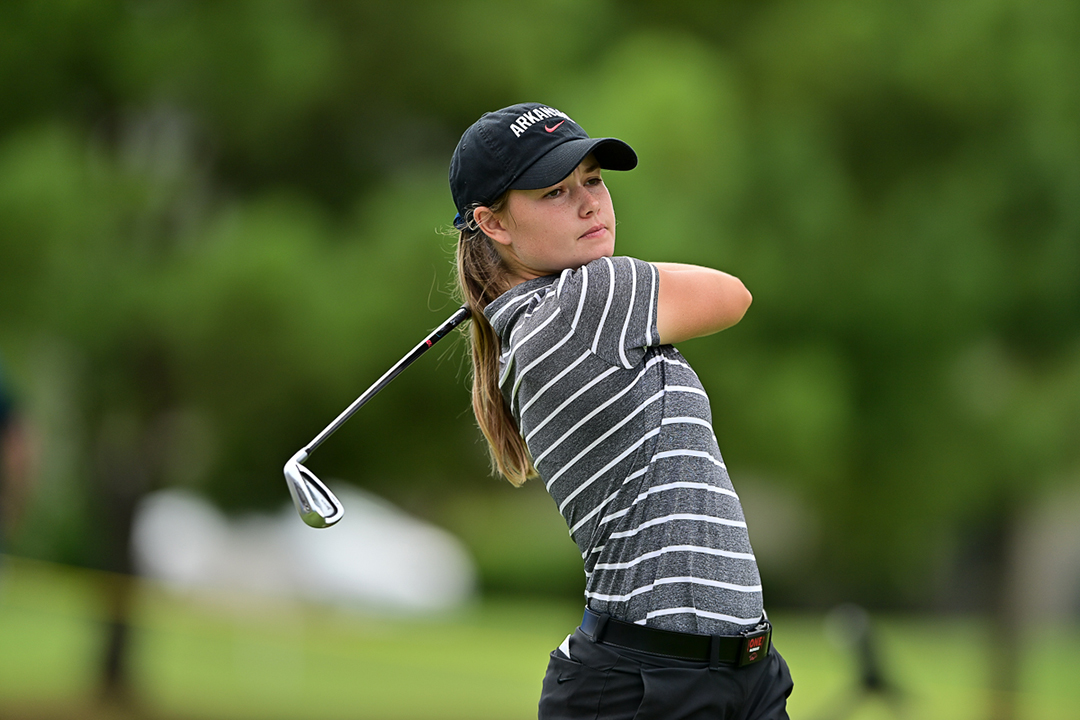 ROGERS, Ark. – For the first time in program history, four players associated with Arkansas Women’s Golf finished the Walmart NW Arkansas Championship presented by P&G inside the top-60 on the leaderboard. The Hogs have never had more than two players advance to round three before Sunday.

The group was led by Maria Fassi, who capped off a fantastic weekend with another great single round, firing a 68 in round three to bookend her 67s from round one and round two. The former Hog finished the event tied for 15th, the fourth time in her young LPGA career she has placed inside the top-15.

Following Fassi was Stacy Lewis, who finished tied for 28th after another very solid outing. Lewis shot a nine-under 204, her fifth time at the event shooting under 205. It was her first time doing so since 2017, when she finished tied for fourth after shooting 200.

Stealing the show up in Rogers, though, was redshirt junior Brooke Matthews, who played arguably the best round by any Hog all weekend on day three on her hometown course. Matthews was absolutely sensational on the back nine, which she played first on Sunday, collecting four birdies over the stretch. With her 206, Matthews now owns the Arkansas Women’s Golf amateur 54-hole total record at the event. Her 67 in round three is also the best single round played by an Arkansas amateur at the NW Arkansas Championship since Gaby Lopez fired a 65 back in 2015.  When all was said and done, Matthews finished the event tied for 49th.

The aforementioned Lopez had herself a good weekend, finishing up with a 68 in round three. The former Razorback finished at six-under, good for a share of 59th place. Lopez has now finished inside the top-60 of the event for seven straight years.