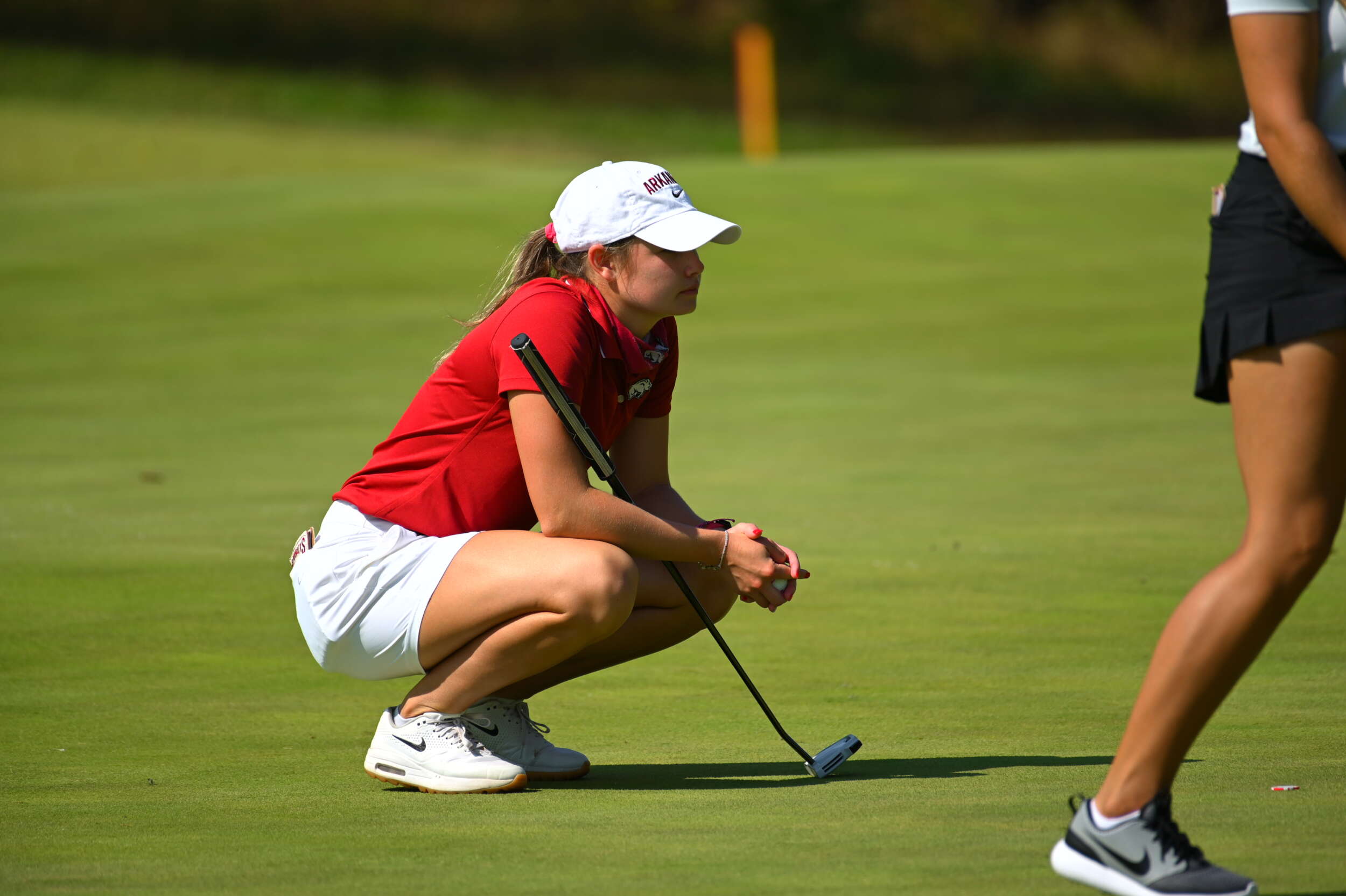 SUGAR GROVE, Ill. – Brooke Matthews is set to compete in the 2021 Arnold Palmer Cup, which will tee off tomorrow, June 11. Matthews will represent the United States at Rich Harvest Farms, while Julian Perico of Arkansas Men’s Golf will represent Team International. It is the first time since 2018 a representative from both the men’s and women’s golf programs (Alvaro Ortiz & Maria Fassi) have competed in the annual event.

Matthews joins notable Razorback Alumni Alana Uriell, Dylan Kim and Kaylee Benton as recent participants in the event to represent the USA. Kim and Benton most recently competed in the 2019 iteration of the event.

Matthews played her best collegiate season during the 2020-21 campaign, as she finished the season as one of just eight First Teamers named by the SEC’s coaches. The Rogers, Ark. native concluded her redshirt junior season with four top-10 finishes, two runner-up finishes, and a historic win at the inaugural Blessings Collegiate Invitational. Matthews’ 72.46 stroke average during the 2020-21 season represents the ninth-best average in program history. Away from the collegiate stage, Matthews made waves – she finished amongst the top 50 at the LPGA’s Northwest Arkansas Championship, and tallied a top-30 finish at the Augusta National Women’s Amateur.

The event is a Ryder Cup-style tournament featuring the top men’s and women’s university/college golfers matching the United States against a team of International players. The Arnold Palmer Cup has been played at some of the world’s greatest courses including The Old Course, The Royal County Down, Royal Portrush, Baltusrol, The Honors Course, and Cherry Hills. The 2018 matches at Evian Resort Golf Club became the only major tournament which features men and women playing side-by-side as partners.

Since its inception, over 100 former Arnold Palmer Cup alumni have gone on to earn cards on either the PGA Tour, European Tour or LPGA, 29 have represented Europe or the USA in the Ryder Cup or Presidents Cup, and more than 60 have claimed over 250 victories on the PGA or European Tours, including three major championships in 2020. The United States leads the series 12-11-1.