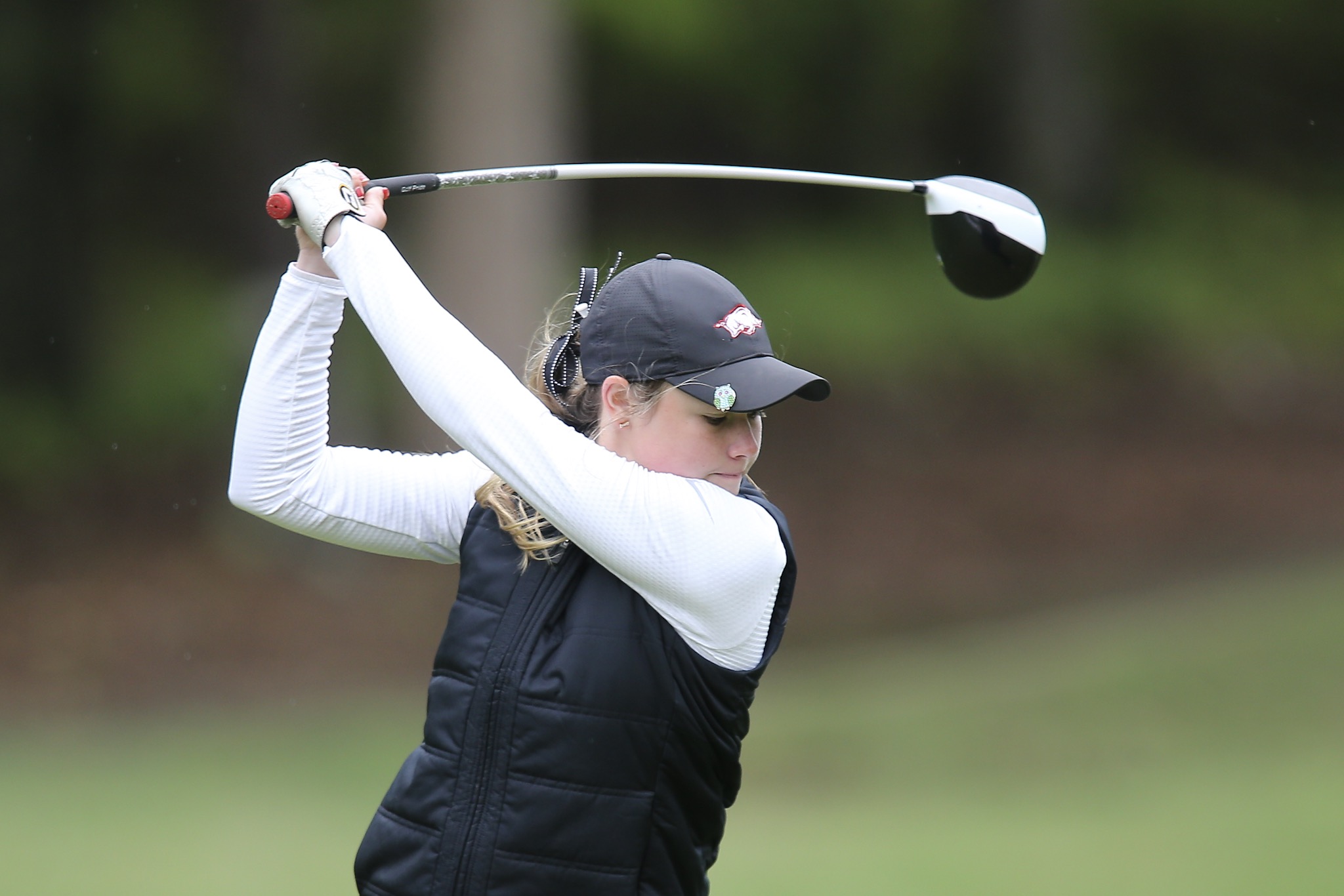 BIRMINGHAM, Ala. – University of Arkansas redshirt freshman Brooke Matthews played to a 3-up win but is wasn’t enough to lift the No. 6 Razorbacks as they fell 3-1-1 to Auburn in the first round of match play at the Southeastern Conference Championship in Birmingham, Alabama, on Saturday.

In Saturday’s match, Matthews went into the 12th hole of the match all square. She won that hole and picked up two more holes as the match closed.

SEC Individual champion Maria Fassi played extra golf needing some heroics on the 18th hole to continue play. An errant tee shot had Fassi in the woods. She battled out of the trees leaving herself a long putt nearly the width of the green to stay in the game. Her roll was on the mark just sliding by the top of the hole and it looked like she would drop the match. Her Tiger opponent, however, missed her putt allowing the scoring to remain all square. The duo moved on to extra holes, but the game was suspended as Auburn won in the other positions.

The loss eliminates Arkansas from the SEC Tournament as the Razorbacks finish T5 overall.

NCAA Championships
The University of Arkansas and Blessings Golf Club are the proud hosts of the 2019 NCAA Women’s and Men’s National Championships. The women’s event begins May 17 and is immediately followed by the men’s championship beginning May 24. For more information or to volunteer for the event, log on to www.NCAAGolf19.com.