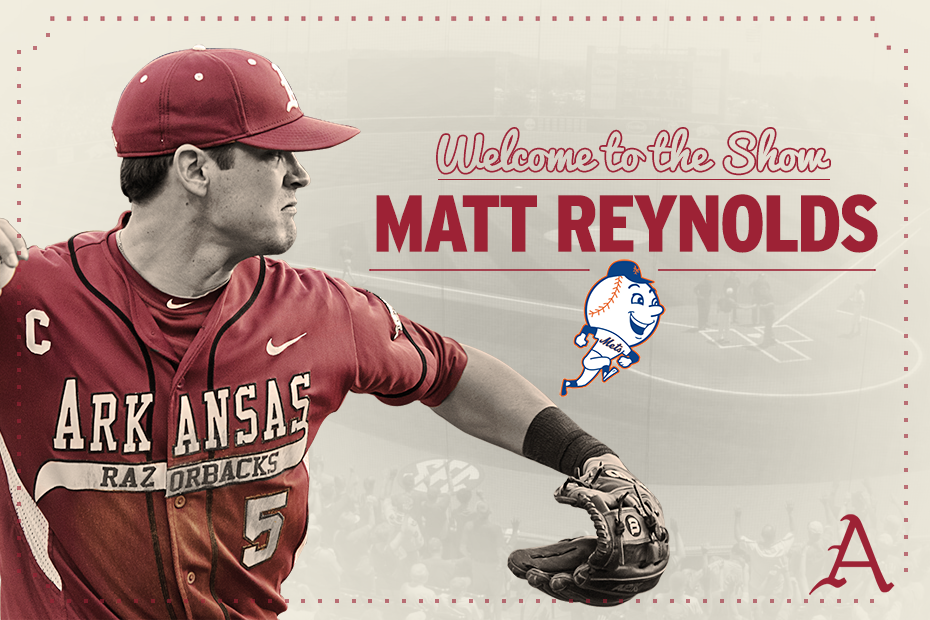 Reynolds has never played in a major league game and is on the verge of becoming just the second MLB player in the modern era to make his major league debut in a postseason game.

The infielder played three years for Arkansas from 2010-2012 where he started 141 games and hit .275 with 72 RBI. He was a part of the 2012 College World Series team that advanced to the national semifinals.

Since his college days, Reynolds has progressively risen through the minors after being selected in the second round of the 2012 MLB Draft. He started his professional career in Single A with the Savannah Sand Gnats.

In the 2013 season, Reynolds moved up to the Advanced-A league with the St. Lucie Mets and was promoted again to the Double-A Binghamton Mets at the end of 2013. He stayed in Binghamton for 58 games of the 2014 season, hitting .355, before being promoted to Triple-A Las Vegas.

Game three of the NLDS between the New York Mets and Los Angeles Dodgers is Monday at 7:37 p.m. Central time on TBS. The best-of-five series is tied 1-1.

The #OmaHogs will begin their 2016 season on Feb. 19 at Baum Stadium against Central Michigan. Season tickets for the 2016 baseball season are now on sale. Please visit ArkansasRazorbacks.com or call 1-800-982-HOGS for more details.