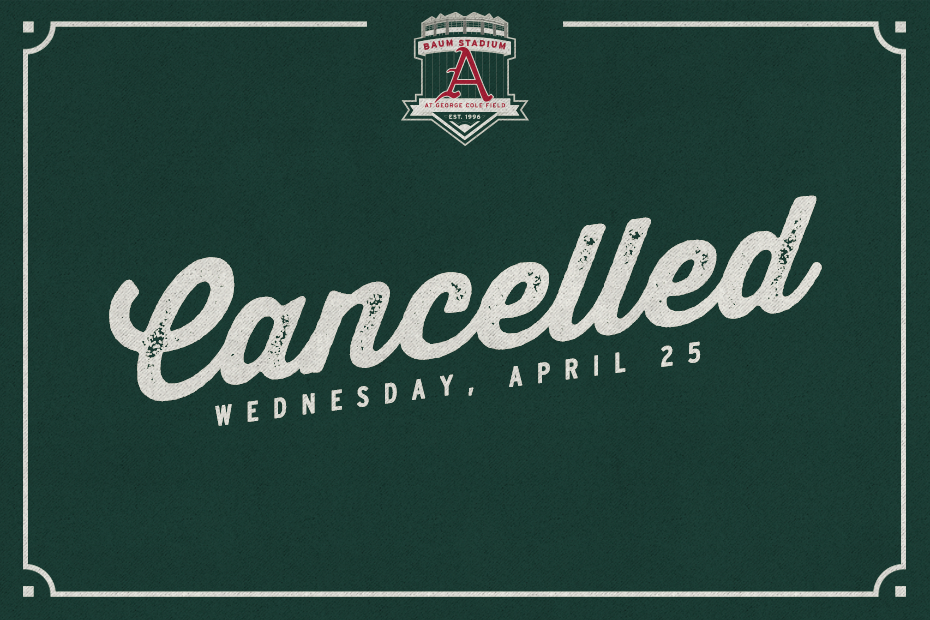 FAYETTEVILLE, Ark. – With rain expected to continue throughout the day Wednesday and in consideration of Texas Tech’s travel plans, Arkansas’ midweek series finale against the Red Raiders has been cancelled and the game will not be rescheduled.

Tickets to Wednesday’s contest are null and void. Individuals who purchased single-game tickets may exchange them for tickets to any future 2018 regular-season game by contacting the Razorback Ticket Center at 1-800-982-HOGS (4647), subject to availability. Our 2018 Bark in the Park event has also been cancelled and will not be rescheduled.

Arkansas will now focus its sights on its next Southeastern Conference series when it takes on the Alabama Crimson Tide starting on Friday at 6:30 p.m. at Baum Stadium. It will be televised on SEC Network+.

Saturday’s and Sunday’s final two games of the series will also be on SEC Network+ with first pitches set for 6 p.m. and 1 p.m., respectively.