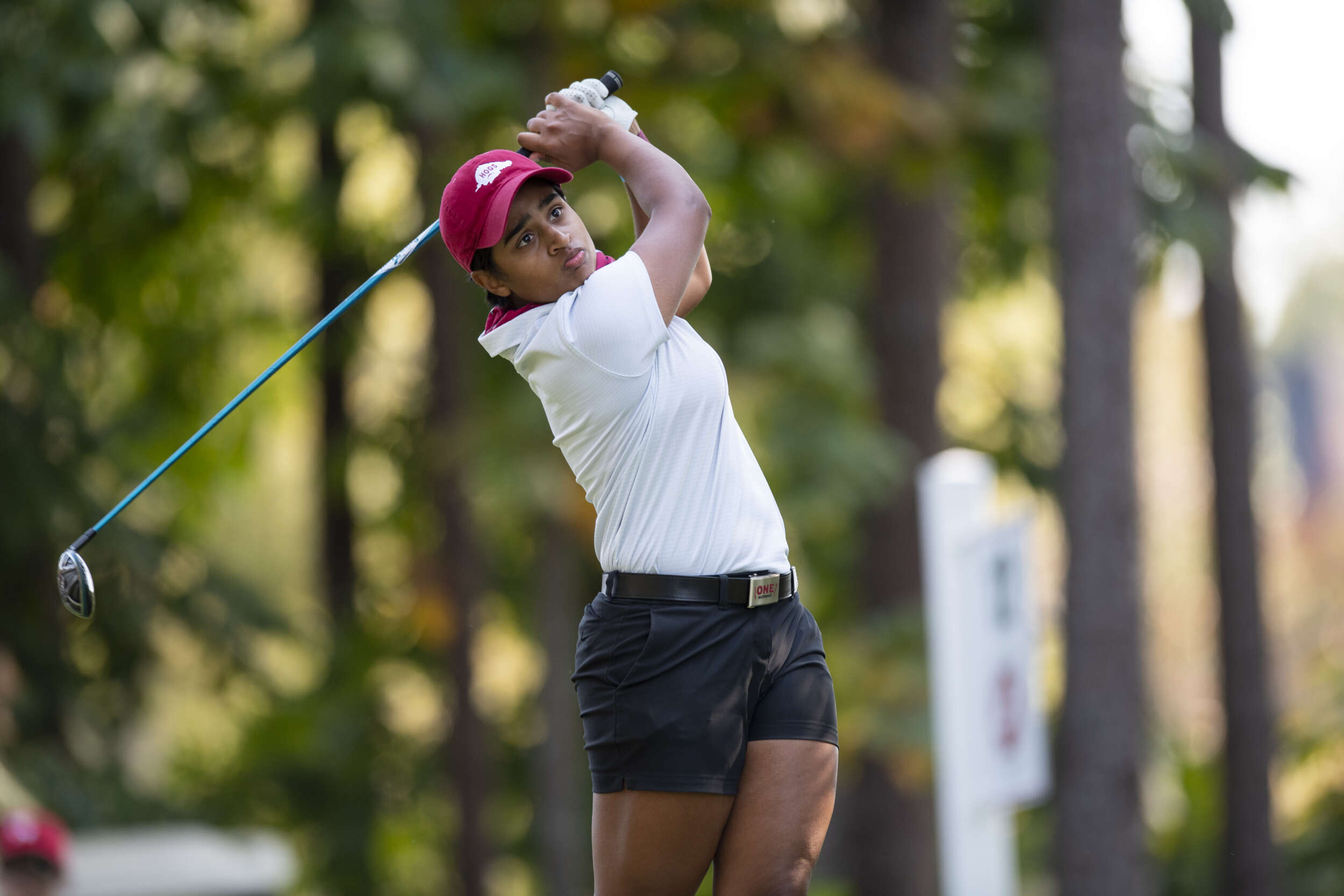 LOUISVILLE, Ky. – No. 17 Arkansas Women’s Golf came alive Tuesday, shooting a tournament-best 282 (-6) as a team in round two of the NCAA Louisville Regional, giving them a share of second place heading into the tournament’s final day. No. 8 Florida State held onto its lead, as they shot three-over on the day, and sit at one-over for the event, four strokes up on the Hogs (+5). No. 1 South Carolina (+5) is deadlocked with Arkansas, while host Louisville is just a shot back in fourth place. Christin Eisenbeiss of North Florida shot a 67 on day two, vaulting herself into the tournament lead on the individual leaderboard.

“We played a great round of golf today collectively as a team,” Head Coach Shauna Taylor said. “All five of our players were in a great position to score all day. It was a true team effort. It was so great to see Kajal reap the benefits of her hard work today. Her five-under was much deserved. We have talked about the idea of you don’t have to be perfect to be awesome and golf is a game that requires presence and patience. Our group did just that today and we look forward to the opportunity tomorrow. I believe in this group and know that they are prepared to keep climbing the leaderboard.”

The aforementioned Mistry played her best collegiate round Tuesday, shooting a 67, the best round of her career, and the best round of the tournament so far. Mistry was money all round long, collecting six birdies during the second 18 holes of play, including three straight to cap the round. Mistry moved 40 places up the leaderboard, the second largest move up the leaderboard by any player in the regional. After the round, Mistry finds herself tied for 14th place at even par.

Cory Lopez, meanwhile, held firm in the top 10, matching her 71 in the first round with another 71 in round two. Lopez had carded two birdies and three bogeys headed into the final hole, but nailed a 40-foot put on nine for eagle, pushing her score down to one-under for the day, and two-under for the event. The freshman has now played her last five rounds at or below par, with four of those rounds under par. Lopez will have a shot at the individual medal tomorrow, as she is just four strokes behind Eisenbeiss for the individual lead.

Both Ela Anacona and Brooke Matthews shot even par on day two, and both moved up the leaderboard. For Anacona, she sits in a tie for 20th following her second 18 holes, firing one birdie and one bogey on the day. Matthews, meanwhile, was on fire to start, going three-under before the turn. A triple on hole six brought her back to even par, and a bogey on seven had her at one-over, but she battled back, finishing the round with a clutch birdie on her final hole.

Sophomore Julia Gregg played a 73 on day two, moving up to 68th on the leaderboard.