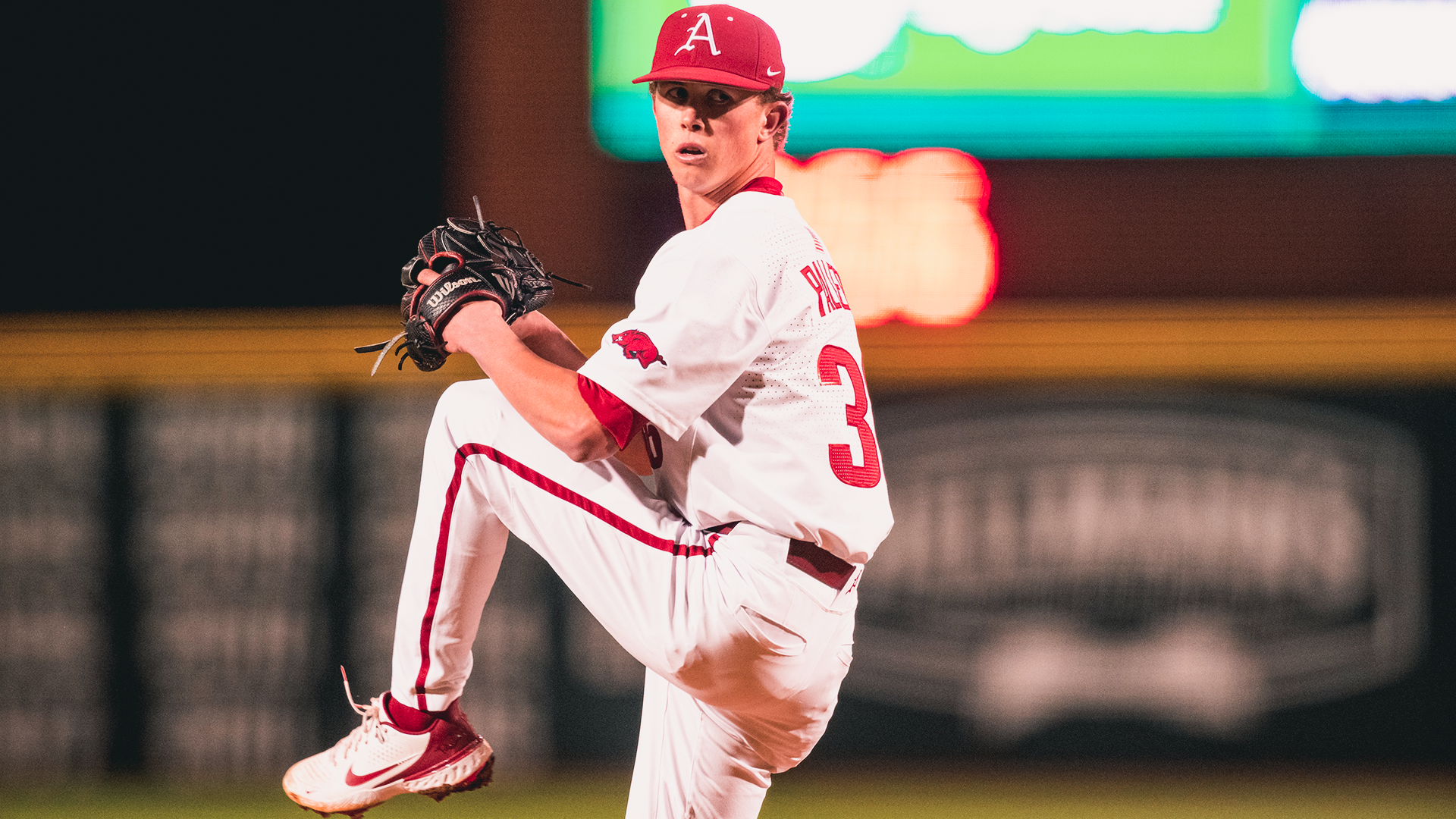 Moore slashed .283/.384/.558 with a team-leading 16 home runs and 53 RBI in 2021, his first full season with the Razorbacks. The junior established himself as one of college baseball’s premier middle infielders, earning All-SEC, Newcomer All-SEC and SEC All-Defensive praise after the year.

The Leawood, Kan., native has received freshman All-America honors in each of his first two seasons at Arkansas. Moore, the first Razorback in program history to earn freshman All-America status in multiple seasons, was eligible for the recognition as a sophomore due to the pandemic-shortened 2020 campaign.

Pallette, meanwhile, burst onto the scene in 2021, also his first full season as a Hog. The Benton, Ark., native earned a spot on the Newcomer All-SEC Team after he appeared in 15 games with 11 starts, logging a 4.02 ERA in 56.0 innings of work. The right-hander struck out 67 batters while limiting opposing hitters to a .237 batting average on the year.