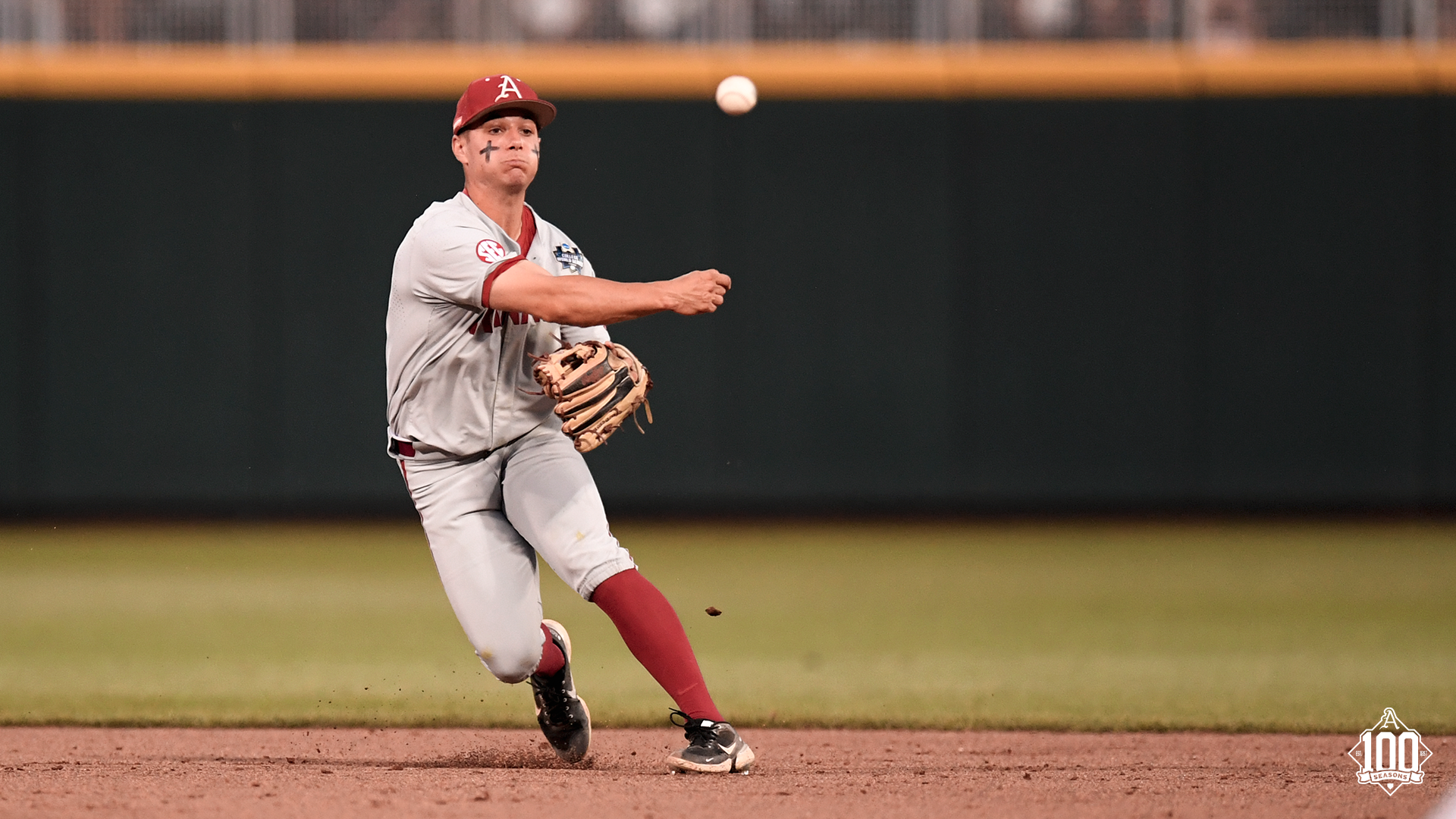 OMAHA, Neb. – Arkansas’ Robert Moore is the best defensive second baseman in all of college baseball.

Moore won a Gold Glove Award from Rawlings and the American Baseball Coaches Association on Wednesday, becoming the first Razorback in program history to do so. The award was first handed out at the collegiate level in 2007.

The Leawood, Kan., native was one of three finalists for a Gold Glove at second base. Coastal Carolina’s Matt McDermott and Central Michigan’s Mario Camilletti were also in the running.

Moore has displayed spectacular defense at second base all season for the Hogs, committing only two errors with 163 assists and 92 putouts – good for a .992 fielding percentage. He has helped turn 46 double plays for an Arkansas team that ranks first in the SEC and fourth in the nation in double plays turned (56).

Arkansas pitcher Connor Noland was a finalist for a Gold Glove, but the award was won by Iowa pitcher Ben Beutel. Both Moore and Noland were named to the SEC All-Defensive Team earlier this season.