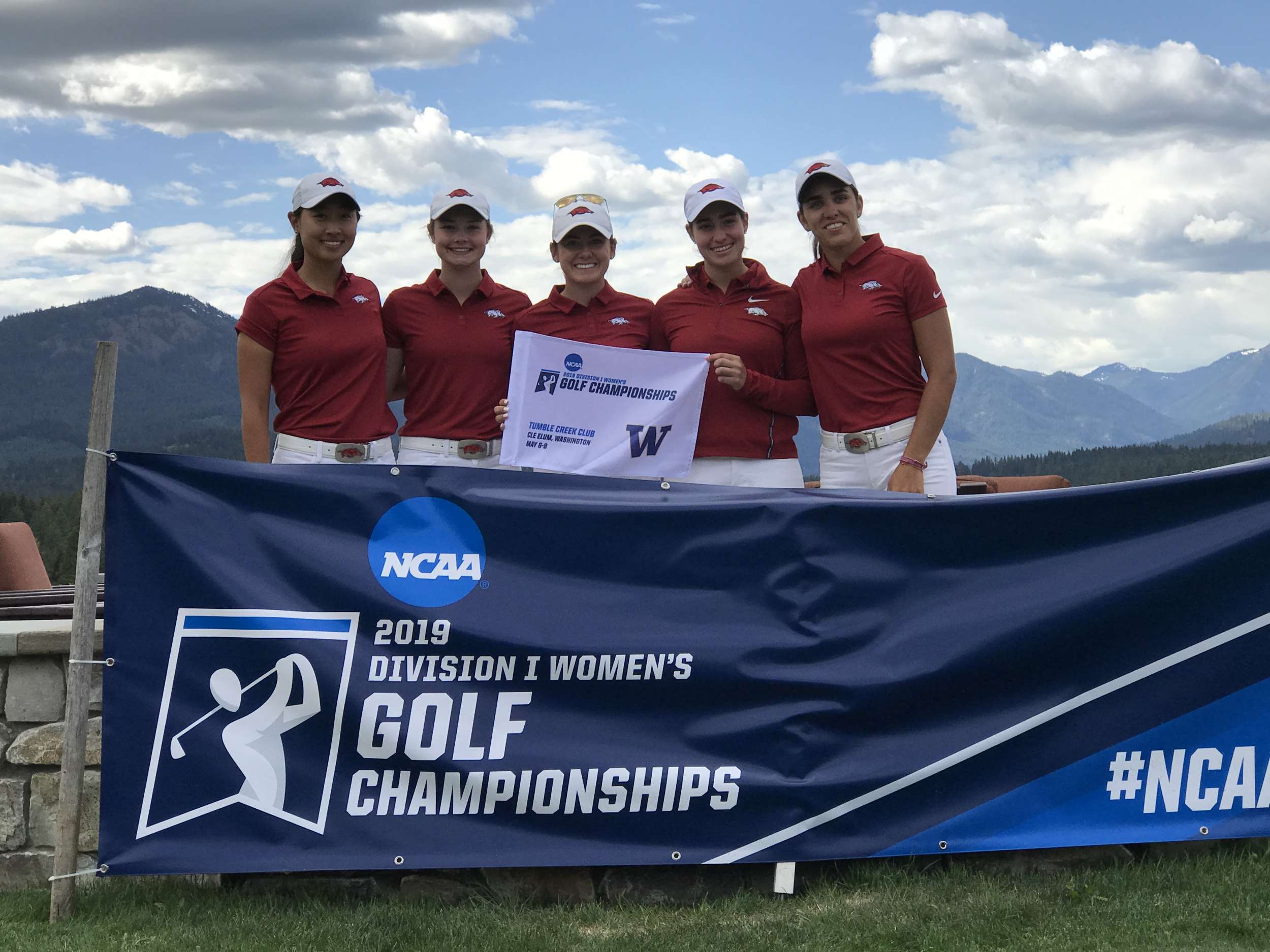 CLE ELUM, Wash. – A fast start on the front nine holes helped the No. 8 University of Arkansas women’s golf team advance to the NCAA Championship at Blessings Golf Club next week.

Arkansas opened the day in fourth place but nine birdies in the opening holes gave the Razorbacks a cushion heading into the final stretch at Tumble Creek Club. They battled through some tough holes after the turn to remain in fourth place and move on.

The finish moves Arkansas out of the 2019 NCAA Washington Regional sending the Razorbacks home where they host the NCAA Championship next week.

NCAA Golf Championships
The University of Arkansas and Blessings Golf Club are the proud hosts of the 2019 NCAA Women’s and Men’s National Championships. Admission and parking for the entire two weeks has been underwritten courtesy of Tyson Foods and the Tyson Family Foundation. The women’s event begins May 17 and is immediately followed by the men’s championship beginning May 24. For more information or to volunteer for the event, log on to www.NCAAGolf19.com.

A Good Front 9
Arkansas had a total of six birdies on the front nine in the first two rounds of competition. On Wednesday, the Razorbacks turned with nine birdies giving themselves a cushion before heading to the very scoreable back nine.