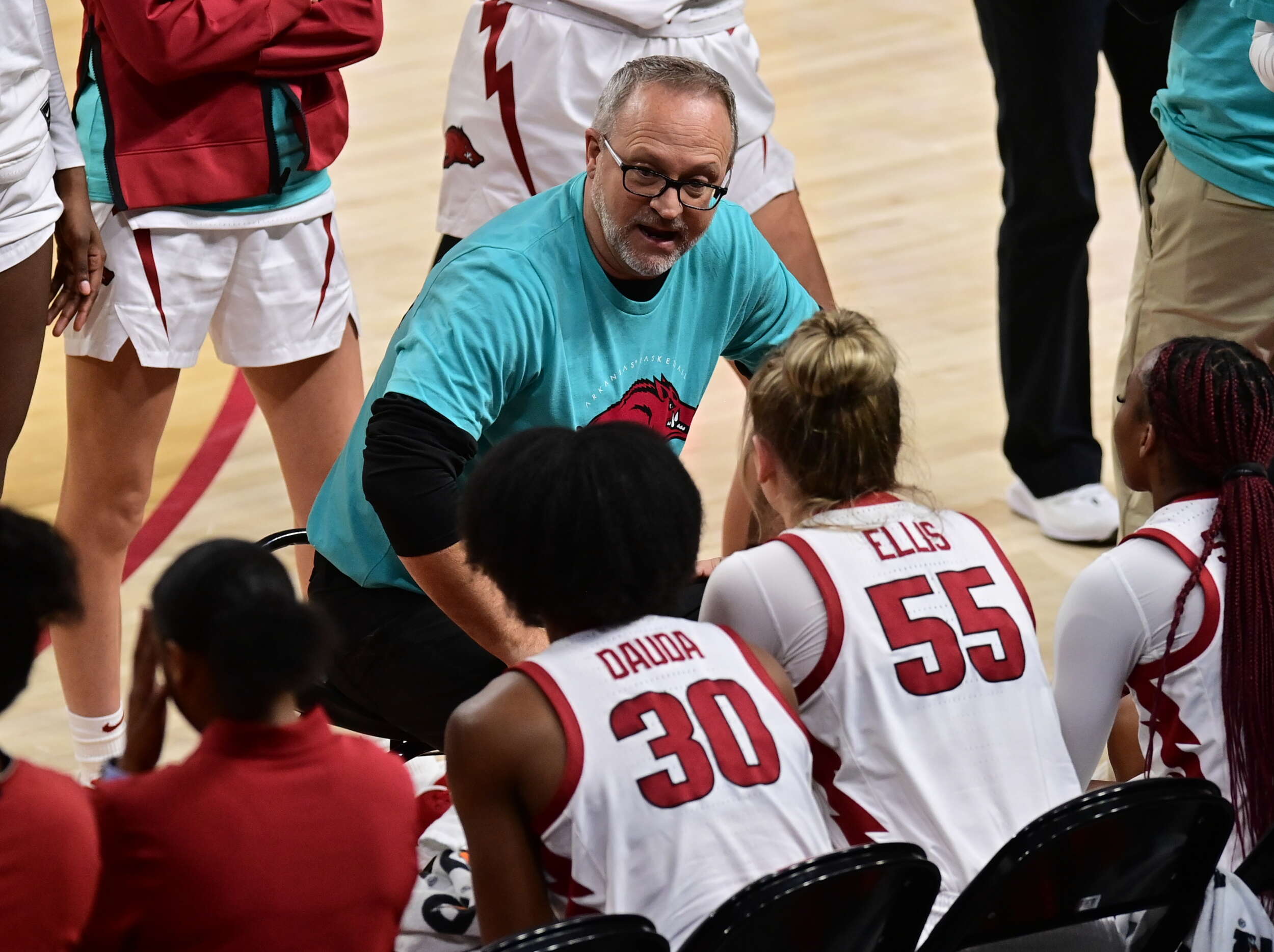 Neighbors Earns Win No. 100 at Arkansas with 80-59 Win Over Kent State

FAYETTEVILLE – Arkansas women’s basketball led for all but two minutes in Thursday’s game against Kent State, as the Razorbacks cruised to an 80-59 victory. That win marks Neighbors’ 100th at Arkansas to help the Razorbacks start the season 4-0 for the first time since 2019. Samara Spencer (22) and Erynn Barnum (20) both dropped 20-point games in the victory.

Kent State took an early lead, 6-3, three minutes into the game, but Spencer tied things up at six following a 3-pointer. After another Kent layup, Arkansas scored six straight points to lead 11-8 at the media timeout. Arkansas extended its lead to seven, but that was short-lived, as Kent State went on a 7-2 run to cut it within two with 1:24 left in the first. Rylee Langerman then hit a 3-pointer and Makayla Daniels followed with a layup, as Arkansas led 24-17 after the first quarter.

Arkansas started the second quarter on a 13-2 run, which put the Razorbacks ahead 37-19 four minutes into the frame. Chrissy Carr helped get that run started with a jumper and her second 3-pointer of the game, while Spencer delivered layups on back-to-back possessions. The Razorbacks outscored the Golden Flashes 22-12 in the second quarter, as Arkansas took a 46-29 advantage going into the half.

Following a Spencer layup to kick off the second half, Kent scored five straight layups and cut the lead to 14 with 6:12 left in the third, which would be the closest the Golden Flashes would get the rest of the game. Barnum made layups on back-to-back possessions and the Razorbacks shot 5-for-6 from the charity stripe in the remainder of the quarter to take a 64-46 edge going into the final quarter.

Arkansas kept on putting their foot on the gas, as Spencer and Daniels drained 3-pointers back-to-back and Barnum kept on going to work in the paint. After another Daniels triple, Arkansas went ahead by 27, their largest lead of the night, 75-48. Arkansas outscored Kent 16-13 in the fourth quarter, and the Razorbacks won by a convincing 21 points, 80-59. 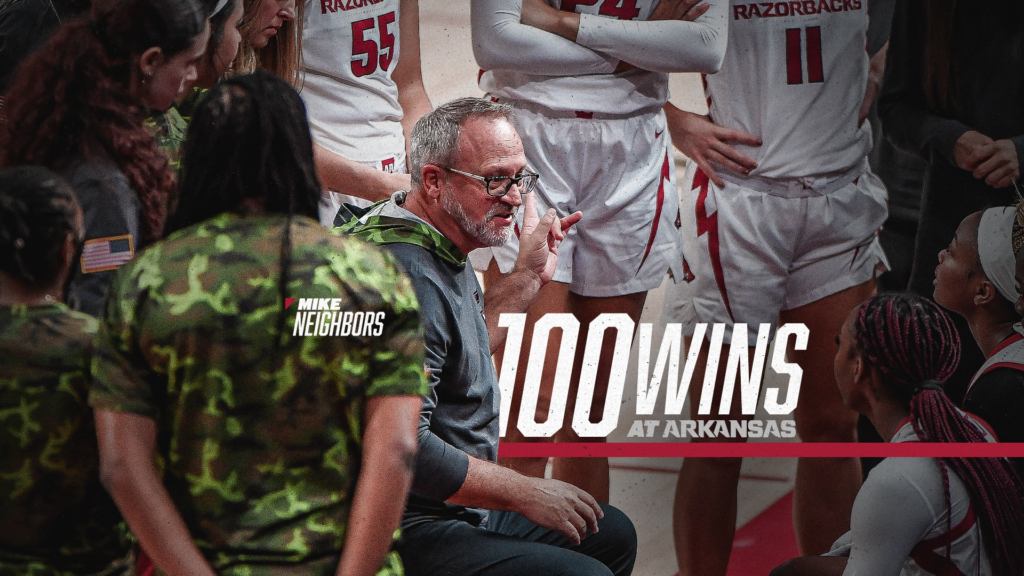 Arkansas will wrap up its stint of three games in seven days on Sunday at Little Rock. Tipoff is set at 1 p.m. at the Jack Stephens Center. Coverage of the game will be broadcast on ESPN+.