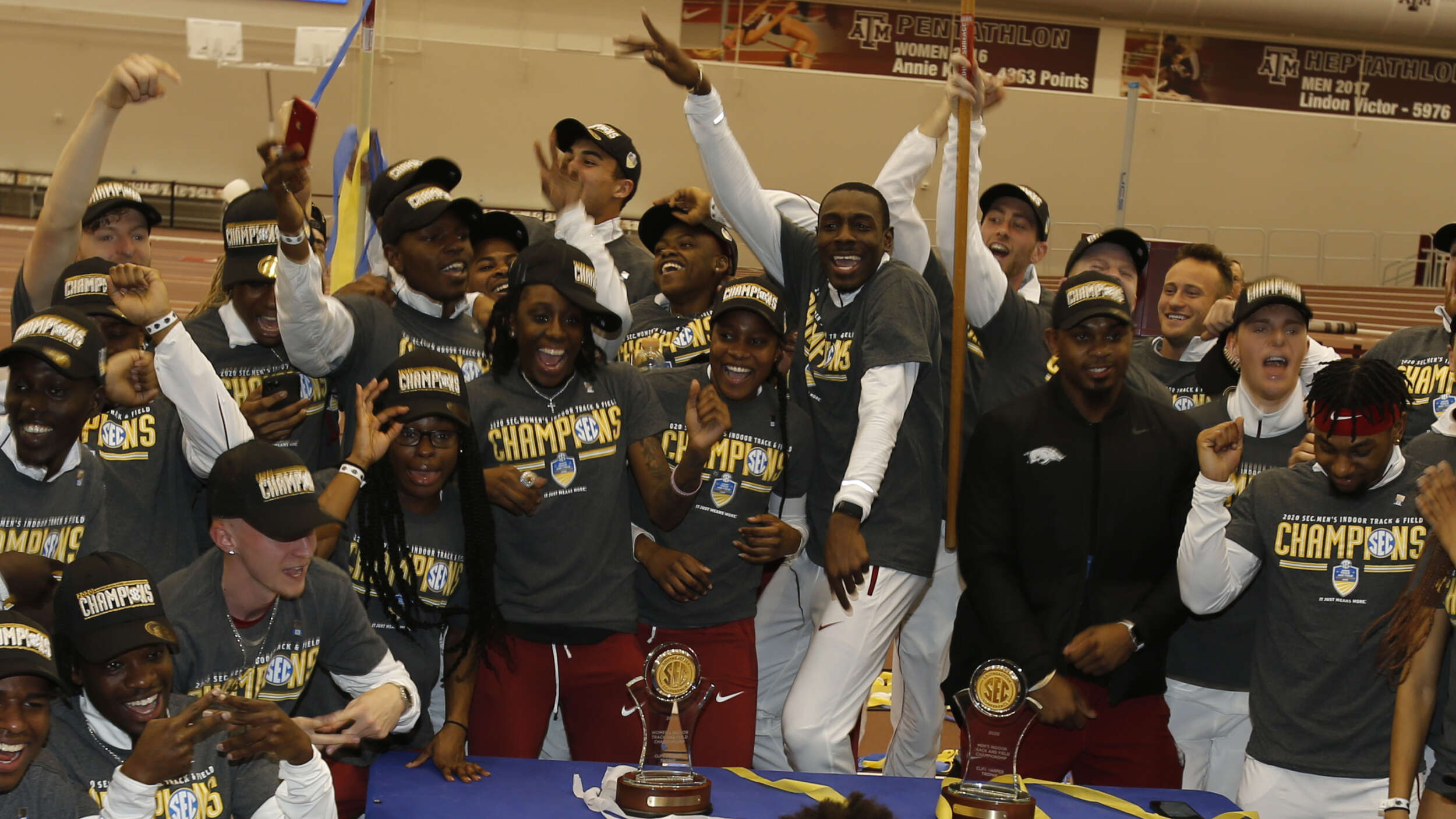 COLLEGE STATION, Texas – The No. 10 Arkansas Razorbacks earned a 23rd SEC Indoor team championship in an intense battle at Gilliam Stadium on Saturday.

“We got back on the top rung again,” head coach Chris Bucknam said following the Hogs’ championship effort. “I hope Razorback nation and the state of Arkansas are happy that we won the toughest conference in the country, we won the championship. It feels good to be able to give that back. Winning this league is a huge accomplishment.”

Cameron Griffith won his third consecutive SEC Indoor 3,000m as the event became another key point producer for the Razorbacks. A total of 19 points were collected from a 1-4-6-8 finish to secure the team title. Griffith also finished as the meet’s top scorer with 20 points.

Earlier in the day Griffith supplied a silver medal effort in the mile, posting a time of 4:15.03 as he challenged for the victory on the final lap. Missouri’s Martin Prodanov won in 4:14.92 while Florida’s Jack Guyton placed third in 4:15.16.

The Razorback heptathlon crew were in position for 20 points following the hurdles and pole vault to start the second day of the heptathlon. Career-best heights in the pole vault, propelled the Arkansas crew into strong scoring positions.

They managed to maintain that 20-point production through the final event – the 1,000m – as three registered career-best scores.

Markus Ballengee led the Arkansas crew with a score of 5,706 points to secure silver while Tyler Brendel collected bronze with 5,626 points. Daniel Sprejcher (5,389) and Etamar Bhastekar (5,191) finished fifth and seventh. Ballengee moves to No. 4 on the Razorback all-time list with Brendel at No. 7.

Following his silver medal effort in the long jump the night before, Laquan Nairn finished fourth in the triple jump with a leap of 52-2 ¾ (15.92).

Jalen Brown ran 46.29 to place fourth in his section and finish fifth overall in the 400m. Kieran Taylor finished sixth in the 800m with a 1:52.80. Keyshawn Andrews added two points to the Razorback team score, placing seventh in the 60m with a 6.75. Carl Elliott III added a seventh place in the 60m hurdles, posting a time of 7.92.