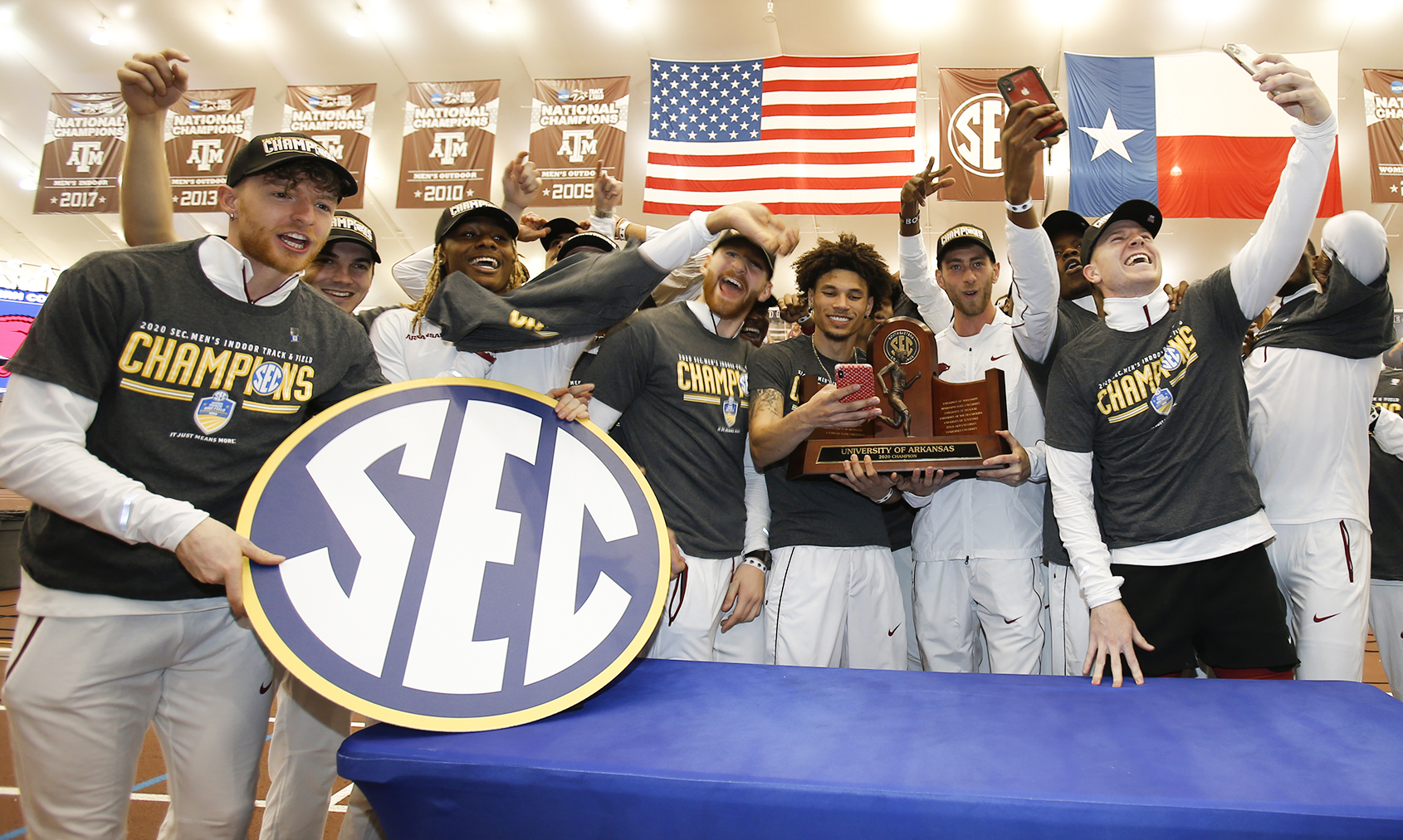 No. 11 Arkansas Qualifies in Eight Events at NCAA Indoor Championships

FAYETTEVILLE, Ark. – The No. 11 Arkansas Razorbacks have qualified 11 athletes in eight events for the NCAA Indoor Championships, which will be held March 13-14 in the Albuquerque Convention Center in New Mexico.

With eight entries in the meet, the Razorbacks are one of just three schools who are entered in eight different events with the other two programs being Florida and Oregon. Three other schools with entries in seven different events include Indiana, Texas, and Texas Tech.

Arkansas is just one of two schools to qualify in both relay events, the other being Minnesota. The Razorbacks have qualified the 4×400 relay 10 consecutive years to the NCAA Indoor meet, third best among current streaks in the event. This also marks the fourth consecutive year for Arkansas to qualify an individual in the heptathlon, which is the second longest streak.

The Razorbacks are the only school in the country which qualified in all four relay events, men’s and women’s 4×400 and distance medley relays.

National index ratings following the conference weekend have Arkansas in the No. 11 position. LSU moved into the No. 1 spot and are followed by Oregon, Northern Arizona, Texas, Georgia, Florida, Texas A&M, Florida State, Iowa State and Tennessee among the top 10.