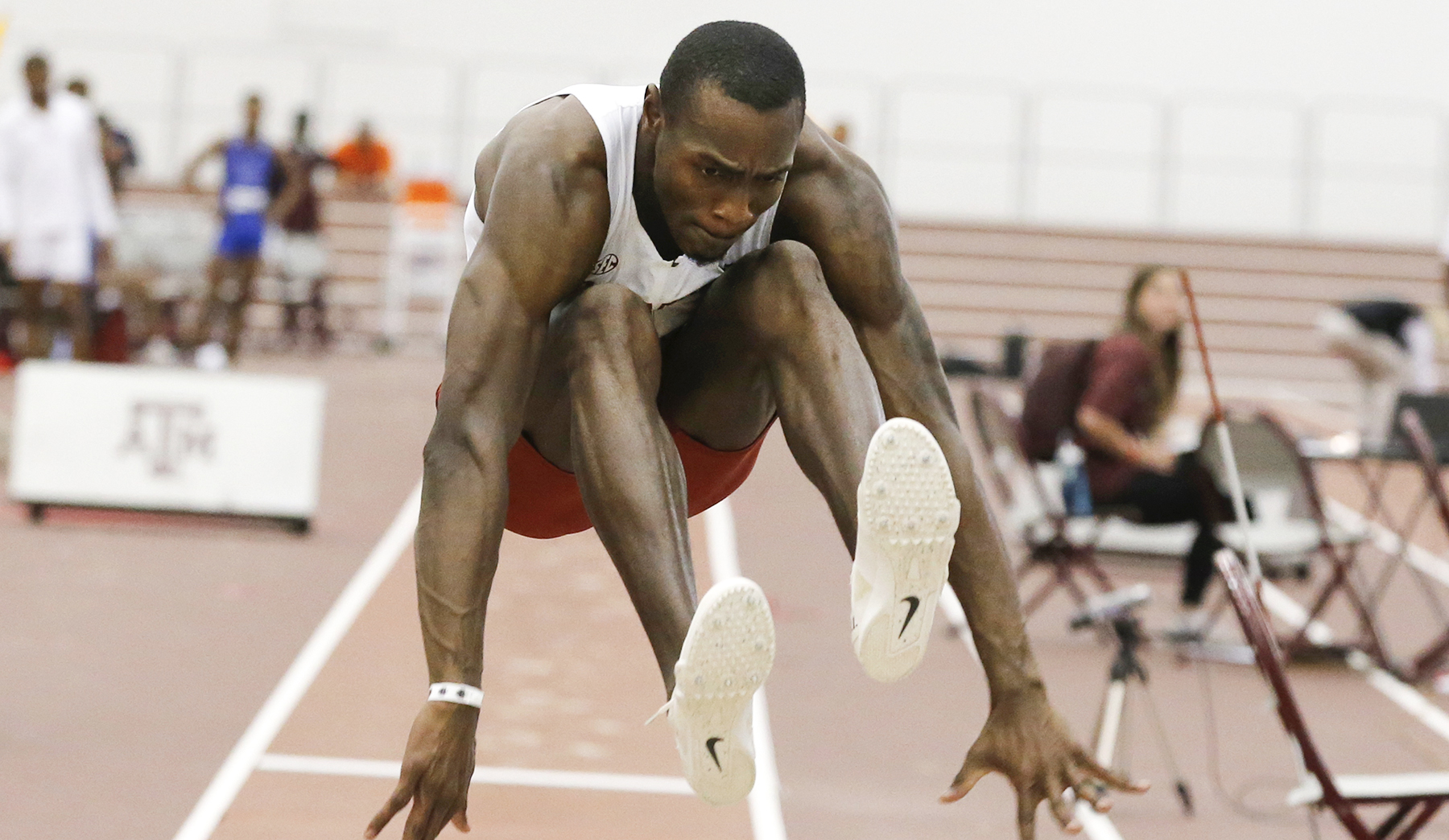 No. 12 Razorbacks Battle Tested, Eager to Perform at NCAA Indoor

ALBUQUERQUE, NM – Riding the confidence of winning an SEC Indoor team title, the No. 12 Arkansas Razorbacks enter the NCAA Indoor Championships at the Albuquerque Convention Center this weekend with a crew of SEC medalists who are prepared for the national stage following the battle they endured in the conference meet.

“If you win an SEC championship in any sport, you’re an elite team in the country,” Arkansas men’s head coach Chris Bucknam said. “We feel we’re an elite team this year and it gives us a lot of confidence. It’s basically about the vibe of your team and how they’re feeling about things. The vibe is good for us.

“We also know that anything can happen in this meet. We have a history of overachieving and we hope we can do that again. A top 10 finish is a possibility and if we have a great two days then we can finish significantly higher.”

Prior to placing 13th last season, the Razorbacks finished among the top five at the NCAA Indoor the previous six years with a top three position in five of those seasons, including a national title in 2013.

The top teams from the national team index ratings include No. 1 LSU, No. 2 Northern Arizona, No. 3 Oregon, No. 4 Texas and No. 5 Georgia.

Leading the Razorback contingent into the NCAA Indoor Championships is Cameron Griffith, the SEC Indoor Runner of the Year who also earned the Cliff Harper Trophy as the men’s high-point scorer with 20 points off a third consecutive gold in the 3,000m, silver in the mile and silver with the distance medley relay.

Griffith in entered in the 3,000m and will anchor the distance medley relay at the NCAA Indoor meet.

After a bronze medal finish in 2017, Arkansas has placed fourth the past two years. Jalen Brown and Hunter Woodhall return from last year’s squad.

The Razorbacks history in those two jumping events has resulted in 27 titles, 10 from the long jump and 17 in the triple jump.

Markus Ballengee, the SEC silver medalist in the heptathlon, is seeded ninth in the multi-event with his score of 5,706 which ranks fourth on the Arkansas all-time list. The lone Razorback gold medalist in the event is Kevin Lazas from 2013 while Gabe Moore earned a silver medal in 2019.

Seeking to make amends from the SEC Indoor meet are sprinters Kris Hari and Jeremy Farr, who both missed the final in the conference 60m and 400m, respectively.

A false start in the prelim derailed Hari, who broke the Danish national record this indoor season with a 6.62 performance. That time is seeded 13th in the national meet. Meanwhile, freshman Farr easily won his section of the 400m at SEC Indoor, but his time of 47.36 placed him ninth with the top eight advancing to the final.

Farr, one of three freshmen in the 400m field, generated an indoor best of 46.05 that is seeded 11th in the meet and ranks eighth on the Razorback all-time list. Farr ran that time to win the Tyson Invitational, defeating a field which included the current world leader, North Carolina A&T’s frosh Randolph Ross (45.44).

Arkansas’ distance medley relay enters the meet with a seed time of 9:31.40, which ranks seventh best. Griffith anchored the squad last season when they placed sixth at the national meet. The Razorbacks have claimed NCAA gold in the distance medley twice, in 1994 and 2006, while earning a silver medal on six occasions.