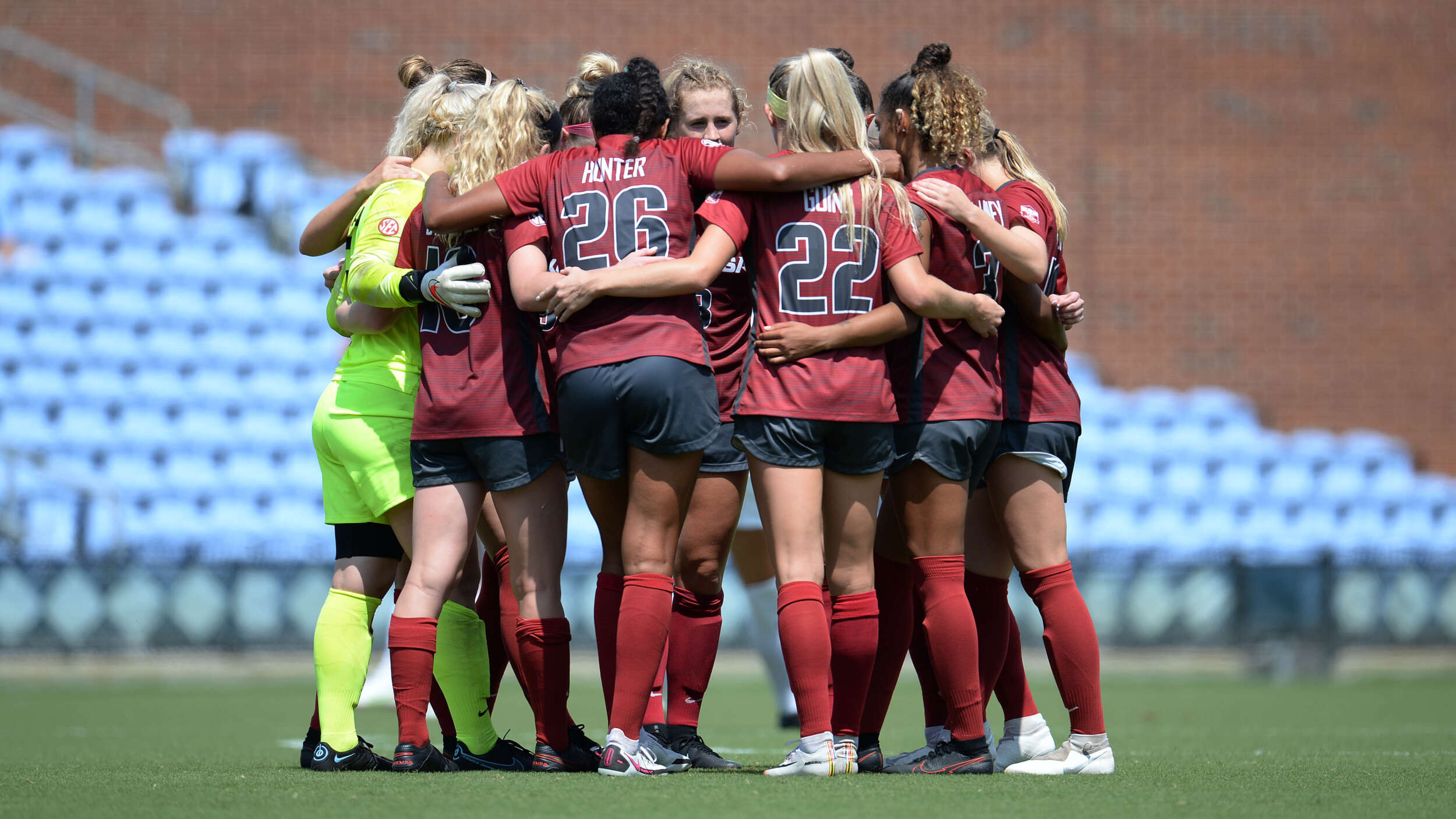 No. 13 Arkansas Falls at No. 3 North Carolina in Extra Time

CHAPEL HILL, N.C. – No. 13 Razorback Soccer fell on Sunday to No. 3 North Carolina in extra time by a score of 1-0, after a golden goal by the Tar Heels in the 6th minute of the additional period.

>> In the 69th minute, Arkansas keeper Hannah Warner successfully dove for a deflection off a shot from North Carolina forward Isabel Cox. Warner has notched 13 saves over the last two matches.

>> A corner in the 83rd minute from Parker Goins resulted in a header by Cora Duininck that landed just shy of the goal line and was ultimately kicked out of the goal area by a Tar Heel defender.

>> A lightning delay caused play to halt after 90 minutes of action, which resumed at 3:15 p.m. CT. Nearly seven minutes into extra time, North Carolina midfielder Sam Meza connected on a shot from just outside the penalty box into the upper left corner of the goal.

“First credit to UNC. Sunday on the road at UNC may be one of the toughest tests in college sports. Losing sucks, don’t get me wrong. We are never satisfied with losing. That being said, this weekend will pay dividends. We got better and we’ll use this as a barometer as to where we need to grow to reach our ultimate goal of going to a Final Four.”

The Razorbacks will return to Fayetteville for the home opener against No. 15 BYU, set for Monday, Aug. 30 at 7 p.m. The match will be streamed on SEC Network Plus.