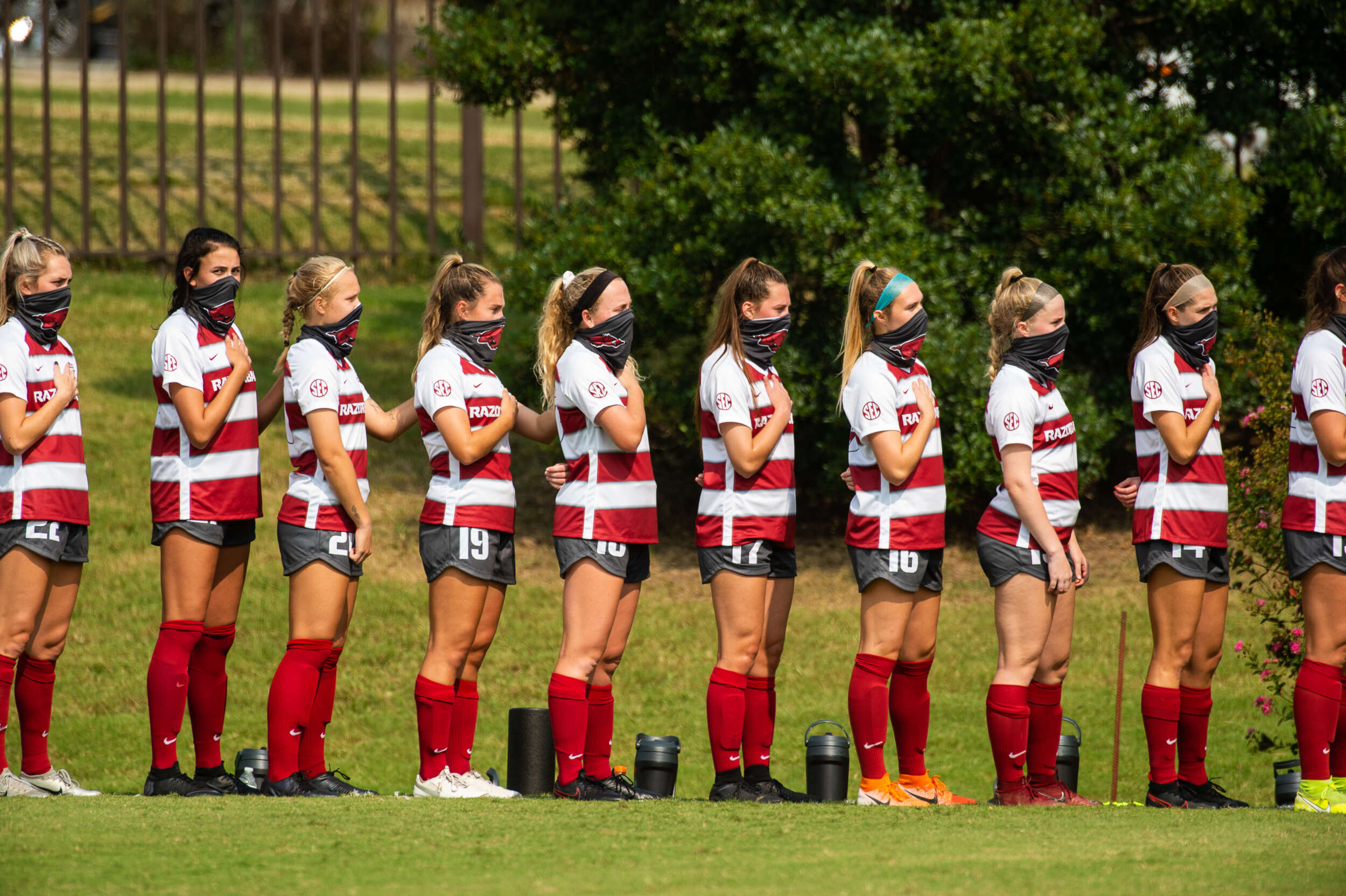 No. 13 Razorback Soccer Wins 4-1 at Kentucky

LEXINGTON, Ky. – No. 13 Razorback Soccer (2-0) passed its first road test of the season by downing the Kentucky Wildcats (0-2), 4-1, on Sunday night. Arkansas netted three goals in the second half after being tied up at 1-1 going into intermission. Sophomore Anna Podojil led the Razorbacks, putting away two goals and dishing out a pair of assists to senior Taylor Malham and freshman Ava Tankersley.

The Razorbacks have outscored Kentucky 8-1 in the last two meetings and are now 8-0-1 in regular season SEC matches dating back to a 3-0 win over Ole Miss on Oct. 3, 2019.

>> Tankersley got in front of a clearance from the Wildcat ‘keeper in the 8th-minute that was gathered by A. Podojil near the top of the box. Podojil then put a strike past the Kentucky goalie to give the Razorbacks an early lead.

>> Wildcat forward Jordyn Rhodes scored her third goal of the season by converting on a penalty kick, going low and to the left, in the 36th-minute.

>> A. Podojil sent a ball to the back post to Malham, who beat her defender and put away a header as Arkansas regained a 2-1 advantage out of the break.

>> In the 54th-minute A. Podojil gathered the ball in space, sidestepped a Wildcat defender and beat the Kentucky goalie to the far post as Arkansas went up 3-1.

>> Tankersley netted her first career goal in the final minute as she received a pass from A. Podojil and went one-on-one with the Wildcat ‘keeper. The freshman collected the ball and easily sent it on the ground to the back of the net.

After the Razorbacks tallied an early goal, Kentucky came back with a chance that hit off the woodwork in the 12th-minute but was eventually cleared by the Arkansas defense. A. Podojil and Tankersley teamed up once again as they forced the Wildcat ‘keeper to make back-to-back diving saves in the 24th-minute. The Wildcats notched the equalizer late in the half as the teams went to the locker room tied at 1-1.

Arkansas outshot Kentucky in the first 45 minutes, 10-5, and earned eight corners compared to just one for the Wildcats.

The Razorbacks started the second half quickly once again, putting away two goals in the first 10 minutes. Arkansas took control of the game throughout the half and held on to the two-goal lead until Tankersley iced it for the Hogs in the final minute.

The Razorbacks racked up 15 SOG and attempted 20 shots for the second game in a row.

The Razorbacks will be back in Fayetteville to face No. 5 Texas A&M on Sunday, Oct. 4. First kick at Razorback Field is scheduled for 2 p.m. CT and the match will be televised on SEC Network.