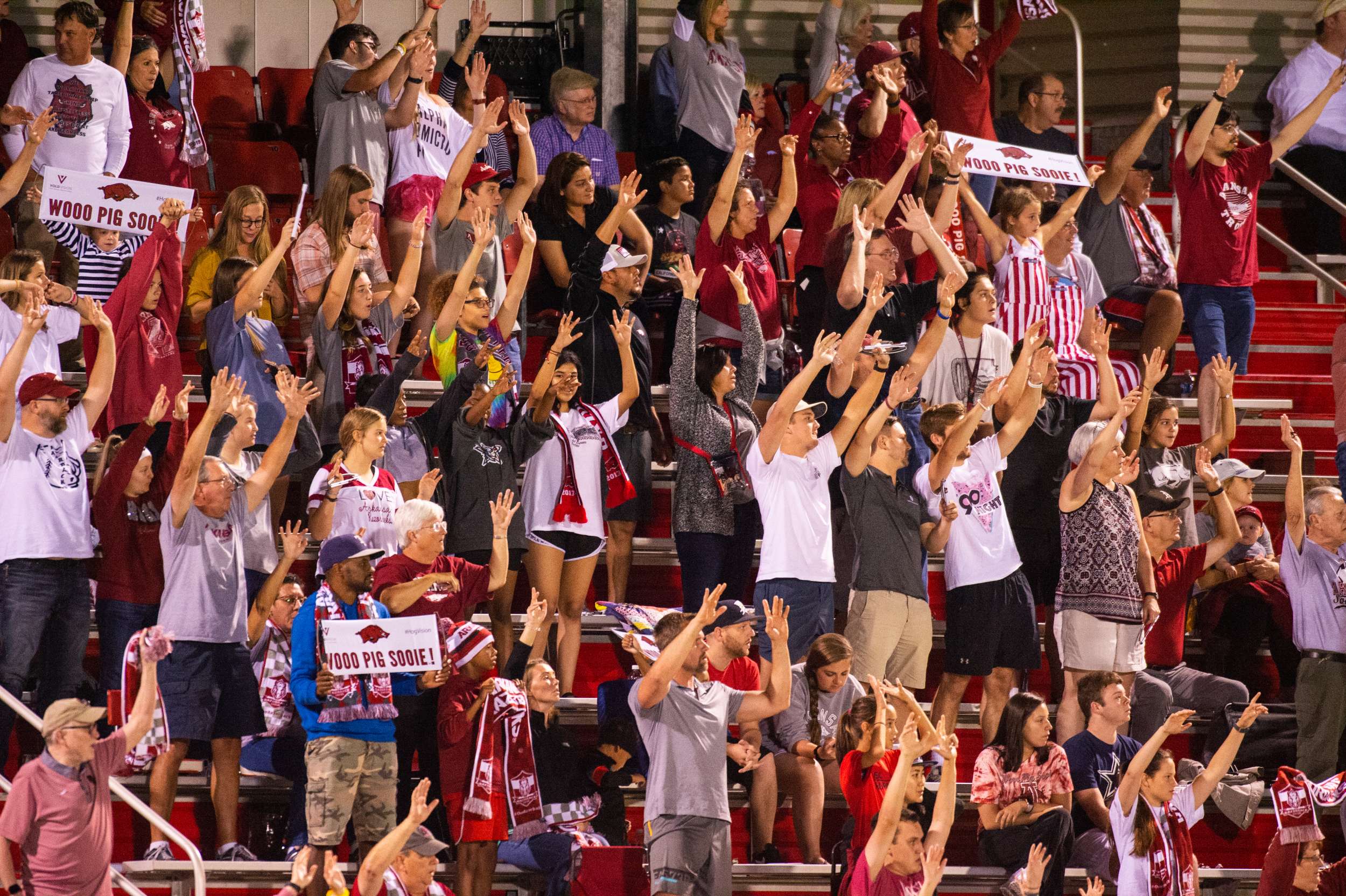 No. 13 Soccer to face LSU and Mississippi State in SEC play

The Tigers have played three of the top teams in the SEC during conference play but are looking for their first win in the SEC. All five goals by LSU this season have been scored by a different Tiger.

The Bulldogs are coming off a narrow 3-2 loss to Alabama on Friday, Oct. 4. Mississippi State is led by senior MaKayla Waldner who has netted a team-leading six goals.

The Razorbacks gave Ole Miss its first conference loss of the season and earned it’s first back-to-back wins against the Rebels since 1995-96.

Three different Razorbacks netted a goal, including junior defender Haley VanFossen, who put home a penalty kick for her first goal of the season.

>> The Razorbacks are 8-14-3 all-time against LSU. Last year, Arkansas beat LSU in double overtime during the regular season, but eventually fell to the Tigers in the SEC Tournament Championship in penalty kicks later in the season.

>> Arkansas is 11-1-0 at home against Mississippi State and 20-3-1 in the all-time series. The two squads played to a double overtime scoreless draw last year.

>> Arkansas also has the top ranked scoring offense (2.67) in the league and ranks eighth nationally.

>> Arkansas ‘keeper Katie Lund and the Razorbacks have put together the nation’s second ranked save percentage (0.929) and the top team’s goals-against-average (0.264).

>> In the Razorbacks last nine matches, the squad has reeled off eight wins with three top 25 victories. The Arkansas defense has also only allowed two goals in regulation all season.